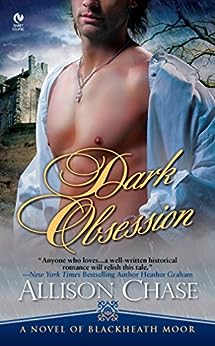 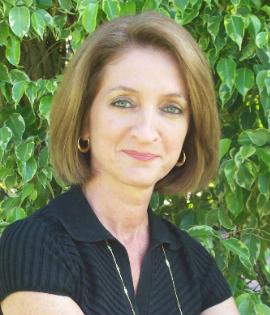 2.8 out of 5 stars
2.8 out of 5
7 global ratings
How are ratings calculated?
To calculate the overall star rating and percentage breakdown by star, we don’t use a simple average. Instead, our system considers things like how recent a review is and if the reviewer bought the item on Amazon. It also analyses reviews to verify trustworthiness.

Linda Hetherington
5.0 out of 5 stars DARK OBSESSION
Reviewed in the United Kingdom on 28 June 2008
Verified Purchase
To say this is her first book, I loved it , it was funny ,sexy, and sad. Hope her next one is just as good.
Read more
3 people found this helpful
Report abuse

Jane
1.0 out of 5 stars Mystery due to vagueness and self deception. Hero did not kill his brother but keeps saying he did (out of guilt).
Reviewed in the United States on 3 May 2009
Verified Purchase
STORY BRIEF:
An artist painted a nude picture of Nora from his imagination. People falsely believed Nora had a love affair with him, and she was ruined. Nora's father was wealthy and arranged her marriage to Gray by giving Gray a large amount of money. Gray needed the money to support his estate. Nora and Gray immediately fall for each other, but Gray is back and forth about it. One moment he is close to Nora and the next he is brooding and distant because he is haunted with guilt related to his brother's death. Gray's brother Tom fell off a cliff and died several years earlier.

REVIEWER'S OPINION:
I did not like it. The voice and writing style did not work for me. The main mystery is about Tom's death. The ghost of Tom's wife has conversations with Nora, but when Nora asks how Tom died, the ghost won't say. Instead the ghost talks in riddles and says Nora and Gray need to discover the answer for themselves. Of course, if the ghost answered Nora, that would end the book. Throughout the story people suspect the wrong people, and Gray keeps saying he did it (which was not true). The story feels like one long vague misunderstanding. I couldn't get into the characters or events.

Some examples of things I did not like are listed below.

Page 169: An example of the ghost's riddle: "You must find the truth that will free you all. You must see it with your own eyes, know it, believe it with your mind and heart and soul." This riddle was not linked to anything. All they needed to learn was who was with Tom when he died. Once someone confesses later, the mystery is solved and the book is over. There was no reason for someone to believe with their mind, heart and soul.

Page 163: Gray tells Nora that he killed his brother (which was a lie). Then he says "Tell me now how you feel about your husband. Will you defend me to the gossipmongers? Will you write your mama about how wildly happy we are? Will you welcome me into your bed at night?" Nora runs off.

Gray loves Nora but he writes a note telling her to leave. Nora loves Gray but she locks her doors so he can't visit her at night.

I did have a favorite line on page 347. Nora says "My love, an artist sees the world with remarkable clarity."

Melissa
4.0 out of 5 stars Gothic romance that delivers
Reviewed in the United States on 16 June 2008
Verified Purchase
What a great gothic tale. This novel has all the ingredients, a spooky manor, whispering apparitions, a haunted hero and a courageous heroine plus an intense romance.

Nora, a tradesman's daughter, has received the worst public humiliatio, her art mentor and teacher has painted a scandalous portrait of the two of them engaged in a naked embrace. She never posed for the painting and is as stunned as the rest of London society. No matter that she is an innocent; her parents insist she must marry.

Grayson Lowell has his own unsavory reputation in Londo, he is accused of murdering his brother the Earl. His brother's son has stopped speaking and the ton takes his silence as proof that the young Earl saw his uncle commit the crime. Gray's brother left a ton of debt and now he must marry Nora to fill his family coffers.

These two have quite a wedding night filled with lots of laughter due to Nora's parents and steamy lovemaking too. Quickly though, Gray hears a voice sending him back to the ancestral seat of Blackheath, where his nephew lives and where his brother died.

This journey is hard for Gray. His last words to his brother were full of rage after his brother admitted to losing the family money. He fell to his death immediately after Gray and he argued.

At the Manor ghosts appear to both Nora and Gray. He believes he is losing his mind and asks Nora to leave with his nephew but Nora is made of sterner stuff than that and insists on staying. An apparition has begged her to find the truth of what happened at the manor.

Nora is wonderful with Johnny, the nephew. She is an artist and uses art as a way to communicate. She is protective and fiercely loyal.

This book is rich in detail. The characters are well developed and the spooky house feels dark and mysterious. The romance is tension filled with wonderful moments of tenderness and passion. I look forward to reading Miss Chase's next novel.
Read more
4 people found this helpful
Report abuse

Helena James
2.0 out of 5 stars disappointed
Reviewed in the United States on 8 August 2012
Verified Purchase
I read the reviews and this books seemed to be just what I wanted to read. I love a good gothic, romantic mystery, but I'm sorry this book was so boring and so far from what I expected that I just had to voice my disappointment. The characters were stiff and phony from the beginning and way too dramatic for me. I'm also not happy that I had to pay for this and it's obviously a library book. But I did like the cover.
Read more
Report abuse
See all reviews
Back to top
Get to Know Us
Make Money with Us
Let Us Help You
And don't forget:
© 1996-2021, Amazon.com, Inc. or its affiliates