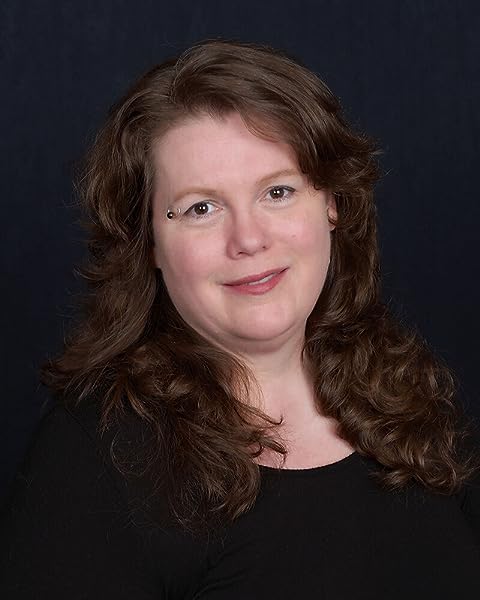 by Angel Leigh McCoy (Author)
5.0 out of 5 stars 4 ratings
See all formats and editions
Sorry, there was a problem loading this page. Try again.

Save on select Books
Discover deals on fiction, non-fiction, children's books and more Shop now
Start reading Dark was the Night on your Kindle in under a minute.

She is the creative force behind the Wyrdwood series of novels and the Dire Multiverse audio drama.

She wrote for the PC games CONTROL and GUILD WARS 2, and she edited print anthologies such as ANOTHER DIMENSION and DEEP CUTS.

Ellen Datlow awarded her short story “Crack O’Doom” (printed in the anthology Fear of the Dark) an honorable mention in the Best Horror of the Year, volume 4, 2012.

Neil Gaiman handed her an award and shook her hand for her short story “Coquettrice” at the World Horror Convention 1999 (one of the magical moments of her early career!).

Angel believes strongly in doing her part to advance the careers of other writers. She not only publishes them at WilyWriters.com and in her anthologies, but she also mentors them and teaches the occasional workshop.

She got her first taste of online and multiplayer storytelling in the late 80s when she discovered MUSHes and learned MUSH code to guide stories for dozens of players.

Later, in the 90s, she became the first East Central Regional Storyteller for the CAMARILLA, guiding stories across thousands of players in five states, as well as supporting the national and international stories in the game.

Throughout the 90s, she did freelance game design for companies such as White Wolf, FASA, and West End Games.

In the early 00s, she was hired as the first female game designer on the DUNGEONS &amp; DRAGONS team at Wizards of the Coast.

Over the course of five years at Microsoft Game Studios, she worked on the web team and shipped such titles as Zoo Tycoon 2, Rise of Nations, Microsoft Flight Simulator X, Shadowrun, Crimson Skies, Conker, Blinx, Viva Pinata, Perfect Dark Zero, and many others.

At Xbox.com, she was the game correspondent Wireless Angel.

Lee the Writer
5.0 out of 5 stars I love scary shorts!
Reviewed in the United States on 27 August 2021
Verified Purchase
And these were just the right amount of shivery. The perfect combination of atmosphere, character development, and concrete details to drop me into the deliciously dark and surreal worlds born in the mind of Angel Leigh McCoy. I look forward to more from this writer!
Read more
Report abuse

Jeff
5.0 out of 5 stars A Fun Mix of Horror Stories
Reviewed in the United States on 8 June 2021
Verified Purchase
This is a deligthful mis of stories that are creepy, distrubing, scary, and sometimes repulsive. McCoy is fantastic at story development, and many of her tales have unexpected twists. She does great background research and has a great sense for timing and tension. A very worthwhile read.
Read more
Report abuse
See all reviews
Back to top
Get to Know Us
Make Money with Us
Let Us Help You
And don't forget:
© 1996-2021, Amazon.com, Inc. or its affiliates