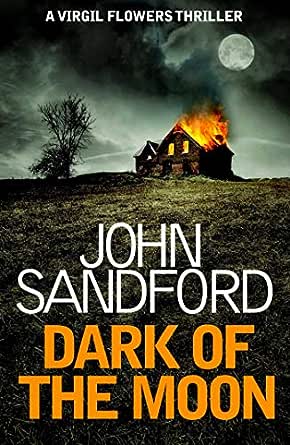 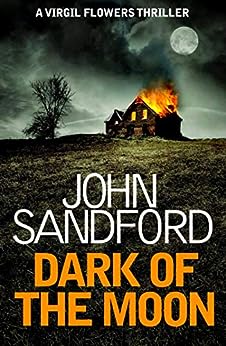 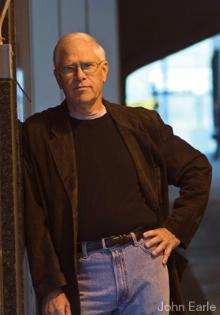 "Sandford keeps the reader guessing and the pages turning while Flowers displays the kind of cool and folksy charm that might force Davenport to share the spotlight more often."--*Publishers Weekly "Flowers is a welcome addition to [Sandford's] body of work."--Chicago Sun-Times "[Sandford] maintains the page-turning momentum that makes his novels such a treat. If you liked Lucas, you'll love Virgil."--The Tampa Tribune "A book that will keep you turning pages, guessing, and completely immersed--and engrossed--in whatever Sandford wants to throw at you. It's a great ride, and Sandford proves that sometimes it's not the character, it's not the series, it's the writer."--The Post and Courier "An adrenaline rush peppered with laugh-out-loud moments."--Booklist


In the small town of Bluestem, Minnesota, where everybody knows everybody, a house way up on a ridge explodes into flames. Its owner, a man named Judd, is trapped inside and dies. But Judd's death wasn't a tragic accident... someone set his house on fire.

Lots of people hated Judd, Flowers discovers. In fact, you'd probably have to look hard to find a person who had actually liked the man.

But the thing is, Judd's death isn't the first in this small town in recent weeks. Three weeks earlier there'd been another murder — two, in fact — a doctor and his wife. The doctor was found propped up in his backyard, both eyes shot out. Before this, there hadn't been a murder in Bluestem in years — and now, suddenly, three? Flowers knows two things: this wasn't a coincidence, and this had to be personal.

But just how personal is something even he doesn't realize, and may not find out until too late. Because the next victim... may be himself.

‘Along the way to the satisfying ending, Virgil displays the rough humor and rough justice that make him such an appealing character’ Publishers Weekly on Deep Freeze

‘A knowing portrait of small-town life layered into a very well plotted mystery. Virgil understands that, in small towns, no one ever outgrows high school... One of the very best novels in a superior series’Booklist (starred review) on Deep Freeze

‘Add a gripping storyline, a generous helping of exquisitely conceived characters and laugh-out-loud humor that produce explosive guffaws, not muted chuckles, and you’re in for the usual late-night, don’t-even-think-of-stopping treat when Flowers hits town’ Richmond Times-Dispatch on Deep Freeze

bronwen marsden
5.0 out of 5 stars Loved it.
Reviewed in Australia on 24 April 2019
Format: Kindle EditionVerified Purchase
This book is an earlier one but I enjoyed it like I do for all Virgel Flowers stories.
Read more
Helpful
Comment Report abuse

Ernest J Brown
5.0 out of 5 stars Fantastic!
Reviewed in Australia on 21 September 2019
Format: Kindle EditionVerified Purchase
This novel I found had me enthralled from the start. It started with one case to solve and finished up solving three.Unputadownable.
Read more
One person found this helpful
Helpful
Comment Report abuse

Siltone
3.0 out of 5 stars An average, somewhat dated crime thriller
Reviewed in the United Kingdom on 5 August 2019
Verified Purchase
By now, I must have easily read a few hundred novels in the crime/mystery genre. I therefore look for writers that bring something different to the table, authors like Michael Farris Smith, Donald Ray Pollock or Bill Beverly, who have the edge on the gamut of crime writers out there vying for our attention.

I was familiar with John Sandford, having enjoyed some of his earlier Prey novels - however, those reading experiences were many years ago and my tastes have become, let's say, a little more discerning. So, maybe it was for nostalgic reasons that I thought this novel may float my boat - but, in all honesty, it just didn't. The story for me was rather pedestrian and was yet another of those murder mysteries that revolve around the unraveling of small-town secrets. In all fairness, this was written over fifteen years ago, so, in some respects, it's a case of coming across a field that has been ploughed many times.

In its favour, the book does have a cracking opening chapter. A man has entered an elderly man's residence and is about to commit a murder - it's edge-of-the-seat stuff and gives the novel plenty of promise. Unfortunately, the ensuing investigation didn't grab me in the same way as those initial few pages did. One particular drawback was Virgil Flowers, he wasn't someone I could easily identify with because his character tended to swing between that of a savvy, intelligent investigator and that of an immature hormone-driven teenager ready to pounce on any attractive female crossing his path - even though he's supposed to be well into his thirties, a tough guy with an edgy past and been married three times.

I'm reliably informed that the Virgil Flowers series does get better, however, I most probably won't be in too much of a rush to find out. I'll give this 5/10 - rounded up to 3 Amazon stars.
Read more
Helpful
Report abuse

I. B. Pitbladdo
4.0 out of 5 stars Mr. Sandford writes exceedingly good stories
Reviewed in the United Kingdom on 26 August 2019
Verified Purchase
This is another great story from John Sandford, the first featuring B.O.A. agent Virgil Flowers. The writing is, as always, easy on the eye and the pages fly by.
The story revolves around dastardly goings on in small town America, very good.
Read more
Helpful
Report abuse

jonny19
5.0 out of 5 stars John Sandford - good as usual!
Reviewed in the United Kingdom on 16 August 2019
Verified Purchase
Another good read from John Sandford. Virgil Flowers is, as usual, rather a replica of Lucas Davenport but this doesn’t detract from a good story which keeps you going to the last page.
Read more
Helpful
Report abuse

Lewist
5.0 out of 5 stars Great Start
Reviewed in the United Kingdom on 23 April 2019
Verified Purchase
Love all his books. Had read it before in a paperback, long lost. A pleasure to read it again. Great characters and a sharp writing style. What's not to love ?
Read more
Helpful
Report abuse

TeamScoop
5.0 out of 5 stars Great start...
Reviewed in the United Kingdom on 6 August 2019
Verified Purchase
My first Virgil Flowers book and I've now read another 3 back to back. Good and engrossing storyline and the Virgil Flowers is really sharply observed with some good dialogue. Top stuff.
Read more
Helpful
Report abuse
Load more international reviews

Mr L.R. Kingham
5.0 out of 5 stars It's a good book
Reviewed in the United Kingdom on 8 August 2019
Verified Purchase
All John Sandford's books are excellent and this is no exception. It was the only Virgil Flowers book I hadn't read and I thoroughly enjoyed it.
Read more
Helpful
Report abuse

Squibs
5.0 out of 5 stars Good plot and interesting characters
Reviewed in the United Kingdom on 7 August 2019
Verified Purchase
I enjoyed this first book in the Virgil Flowers series and have bought the next two in the series. Virgil is a real quirky character . I’m looking forward to reading more of the books.
Read more
Helpful
Report abuse

Amazon Customer
5.0 out of 5 stars Dark of the Moon
Reviewed in the United Kingdom on 1 September 2019
Verified Purchase
A thourally good read, as ever from John Sandford, must be just about the best detective writer never fails to make every book spot on
Read more
Helpful
Report abuse
Load more international reviews

D E Jennings
5.0 out of 5 stars Virgil Flowers
Reviewed in the United Kingdom on 12 October 2017
Verified Purchase
I've read most of the Prey novels and so far only a few of the Virgil Flowers books. I enjoyed this book very much and am looking forward to the next one.
Read more
Helpful
Report abuse