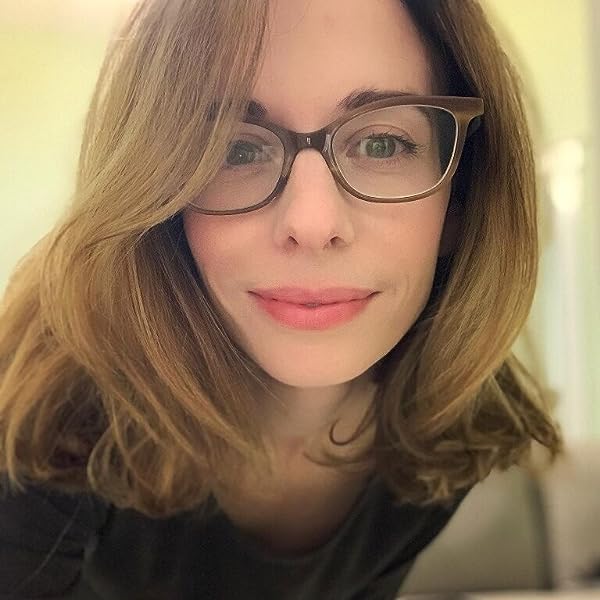 Page 1 of 1 Start overPage 1 of 1
Previous page
Next page
Start reading Dark King (Sea Fae Book 1) on your Kindle in under a minute.

C. N. Crawford is the pseudonym of Christine and Nick Crawford, two authors who work together to incorporate real historical events and figures into contemporary fantasy novels. Christine has a lifelong interest in New England folklore, and Nick spent his childhood reading fantasy and science fiction.

Justine Eyre is an award-winning audiobook narrator who has recorded over three-hundred titles. Named a 2013 AudioFile Best Voice, she has won an Audie Award and multiple Earphones Awards. Classically trained and multilingual, she performs on stage, television, and film and has had roles in King Lear and The Crucible, on Two and a Half Men and Mad Men, and in multiple indie-circuit films.

4.3 out of 5 stars
4.3 out of 5
932 global ratings
How are ratings calculated?
To calculate the overall star rating and percentage breakdown by star, we don’t use a simple average. Instead, our system considers things like how recent a review is and if the reviewer bought the item on Amazon. It also analyses reviews to verify trustworthiness.

Dahrose
TOP 500 REVIEWER
2.0 out of 5 stars Repetitive and a little boring
Reviewed in Australia on 25 May 2020
Verified Purchase
I very much enjoyed the first 40%. The set up/world building. Aenor and her discussions with Gina. Her kidnapping. I was intrigued. It flowed well and I wanted to find out exactly where this tale would lead me....

Hmmm, then things began to unravel and small seeds of annoyance were sown.

The pure stereotypes of Lyr's guards - the machiavellian nature/ threats - they came across as one note and a little stupid, and way sexist.

Aenor should have begun emerging as a righteous, kick ass heroine that I wanted to succeed. But she too became very repetitive and one note in her thoughts and actions. And her worry about Gina - who she's known for 2 years - it seemed a little over the top. And she readily embraces Stockholm syndrome and develops feelings for Lyr - the keeper of so many secrets it began to get ridiculous. Like clockwork every twenty / thirty pages another secret Lyr was keeping would be revealed that would rock Aenor's world.
Meanwhile, she is getting more and more power-hungry - I want my powers back, I want to control the sea - oh, poor Gina, I must save her, I want to sleep with Lyr, no, he keeps secrets - AND REPEAT.

The whole plot began to unravel and started to seem stupid. The chase. The search. Repetitive and a little boring.

I really did like the first half of the book - but neither the story, nor the characters went in a direction I could respect. I won't be carrying on with this series.
Read more
One person found this helpful
Helpful
Report abuse

Wolf_Jade
TOP 1000 REVIEWER
4.0 out of 5 stars A good elven book
Reviewed in Australia on 4 November 2019
Verified Purchase
Another good elven book. Interesting story and characters.The romance between main two characters was well written. There is a lot going on and lots of scenes between Lyr and Aenor. As a reader you are made to like Lyr but you wonder if he is using her…and how their relationship will develop. I liked the cover art
Read more
One person found this helpful
Helpful
Report abuse

k
3.0 out of 5 stars 3.75 stars
Reviewed in Australia on 27 February 2020
Verified Purchase
A new plot! A strong heroine! A fun read with a fae princess who does NOT need a man to rescuers! I enjoyed this book and that it doesn’t fall into the traditional man save poor weak woman tropes.
Read more
One person found this helpful
Helpful
Report abuse

Nicketa
5.0 out of 5 stars Loved
Reviewed in Australia on 28 January 2021
Verified Purchase
I loved this book. I read it for just a filler, but I ended up loving it. Aelon is a great female lead and I felt like so many of the lessons that the mim taught her about men was spot on!
Highly recommend this book purely for that.
And the last line in the book 👌🏼 perfection!!!
Read more
Helpful
Report abuse

maryann
4.0 out of 5 stars 1st book of trilogy
Reviewed in Australia on 2 September 2020
Verified Purchase
Well worth the read if you like Fantasy,witches ect add love,hate and sex and you have a winner .Will definately read next book
Read more
Helpful
Report abuse

Vickie
1.0 out of 5 stars Poor humour, silly English accent
Reviewed in Australia on 8 October 2020
Verified Purchase
I didn’t like the Narrator or enjoy the story line. I found the story line and humour childish
Sorry not for me
Read more
One person found this helpful
Helpful
Report abuse

Karen Mahoney
4.0 out of 5 stars A
Reviewed in Australia on 23 November 2019
Verified Purchase
A
Read more
One person found this helpful
Helpful
Report abuse

Ari
5.0 out of 5 stars Different to what I’ve read before and loved it
Reviewed in Australia on 24 January 2020
Verified Purchase
Loved it 💕can’t wait for more
Read more
One person found this helpful
Helpful
Report abuse
See all reviews

Marta Cox
3.0 out of 5 stars Three and a half
Reviewed in the United Kingdom on 3 September 2020
Verified Purchase
Three and a half
Aenor is a Fae princess in hiding or should that be queen because her mother was killed when their kingdom vanished from the world ? Aenor has many regrets not least the fact that she was a spoiled, notorious drunk but also that the majority of her inherent magic was stolen from her. She's tried to do much better in the human world, killing the monsters and befriending those who need help. What she doesn't want is to be caught by the Fae but everything goes down the pan when a Fae King discovers her hideout and she does the only thing that she knows will save her and that's kill him with cold, hard iron but sometimes the dead come back !
I had high hopes for this but sadly just didn't believe in the relationship that gradually formed between Aenor and Lyr. I'm a hopeless romantic and to my mind this was just about lust and a quest for power. I did enjoy the twist ( obviously my lips are sealed ) but was totally baffled by the character Salem who was introduced. Is he the true enemy or is he going to be another notch on her bed post ? I'm informed that the next book gets better so might give it a go but as I type honestly I'm undecided.
Read more
Report abuse

Zahra Undomiel
1.0 out of 5 stars Paper thin characters
Reviewed in the United Kingdom on 29 August 2019
Verified Purchase
One dimensional characters. Huge plot holes. The literary equivalent of eating too much candy cane. You feel nauseated and need to lie down or you'll vomit.
Read more
6 people found this helpful
Report abuse

Andie
5.0 out of 5 stars A great start to another wonderful storey from CN Crawford
Reviewed in the United Kingdom on 11 August 2019
Verified Purchase
Ok my fav works by CN were her some of her earlier books such as the Shadows and Flame series and Dark Fae
books but i always wished that there was more heat and sizzle. This books starts down that route and hopefully as the storey progresses it will become steamier. This is more of a romance based book which normally would put me off but there is enough storey content that i really enjoyed it. Interesting plot with lots of promise for the future books.
Read more
2 people found this helpful
Report abuse

Herbie
4.0 out of 5 stars Good first book
Reviewed in the United Kingdom on 19 April 2020
Verified Purchase
Told from Aenor's POV, the main female lead who is a likeable character. Lyr is the male lead who hides secrets. The story is fast moving with lots of twist and turns. Still not sure if Lyr is hiding important information from Aenor who is the queen of Ys. Aenor meets Salem near the end but who really is he and why does he have her power, or does he? Lots of mystery so will be reading book 2. The other thing I didnt like was Aenor's constant lusting over Lyr. Sexual content. Recommended.
Read more
Report abuse

Amazon Customers sylvia dyas
5.0 out of 5 stars Like the story !
Reviewed in the United Kingdom on 1 September 2019
Verified Purchase
Enjoyed the book, dislike not being able to go straight to book 2, not a fan of cliffhangers.hope the full series is out soon.
Read more
4 people found this helpful
Report abuse
See all reviews
Back to top
Get to Know Us
Make Money with Us
Let Us Help You
And don't forget:
© 1996-2021, Amazon.com, Inc. or its affiliates