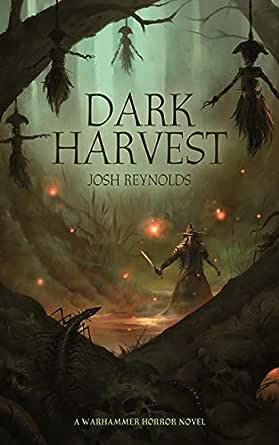 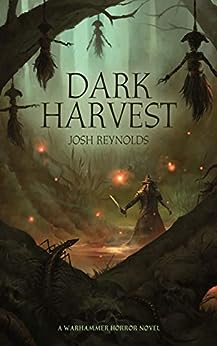 A disgraced warrior-priest who prowls the Greywater Fastness is forced to confront his past when a message from an old friend sends him on a perilous quest. In an isolated village full of untrusting souls, his darkest secrets threaten to come to light.

Explore a corner of the Mortal Realms full of dangerous characters and dark secrets in a novel by Josh Reynolds, master of the sinister.

Harran Blackwood was a Warrior-Priest of ruthless virtue. Now he's a man with a scorched reputation, prowling the back alleys of Greywater Fastness, content to fight the petty wars of racketeers for survival. But when a desperate message arrives from an old friend, Blackwood is forced to confront a past he thought long buried. Summoned to the isolated village of Wald, Blackwood sets off on a perilous trek to ensure the sins of his former life remain forgotten. He soon discovers that Wald is a hostile, secretive place with sins of its own. Deep in the murky marshes, where the cruel chants of village folk echo and the stink of death hovers low, Blackwood must channel his bitterness and rage to defy the ancient darkness that now hunts him before he is devoured, body and soul.

Josh Reynolds’ extensive Black Library back catalogue includes the Horus Heresy Primarchs novel Fulgrim: The Palatine Phoenix, and three Horus Heresy audio dramas featuring the Blackshields. His Warhammer 40,000 work includes the Space Marine Conquests novel Apocalypse, Lukas the Trickster and the Fabius Bile novels. He has written many stories set in the Age of Sigmar, including the novels Shadespire: The Mirrored City, Soul Wars, Eight Lamentations: Spear of Shadows, the Hallowed Knights novels Plague Garden and Black Pyramid, and Nagash: The Undying King. His Warhammer Horror story, The Beast in the Trenches, is featured in the portmanteau novel The Wicked and the Damned, and he has recently penned the Necromunda novel Kal Jerico: Sinner's Bounty. He lives and works in Sheffield.
click to open popover

Jacob Benjamin
4.0 out of 5 stars Tense and intriguing
13 January 2020 - Published on Amazon.com
Verified Purchase
The universe of Warhammer's never been much of a stranger to horrific and otherwise otherworldly things, but this definitely delves into that a bit more, with the ever-present sense of something waiting and watching. I quite enjoyed it, and the ending left me with a desire to see more of Harran's life after this book.
Read more
Go to Amazon.com to see all 1 reviews 4.0 out of 5 stars
Get FREE delivery with Amazon Prime
Prime members enjoy FREE Delivery and exclusive access to movies, TV shows, music, Kindle e-books, Twitch Prime, and more.
> Get Started
Back to top
Get to Know Us
Make Money with Us
Let Us Help You
And don't forget:
© 1996-2020, Amazon.com, Inc. or its affiliates