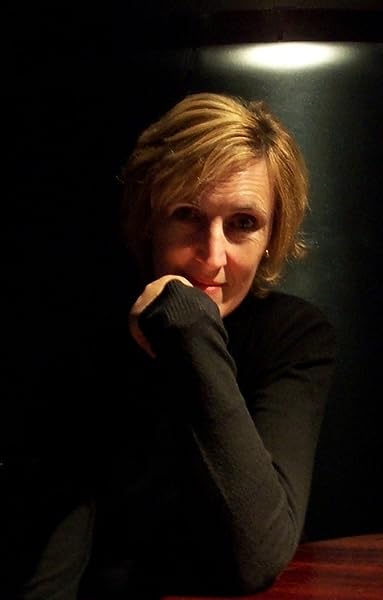 Releases February 16, 2021. Pre-order How to Avoid a Climate Disaster now with Pre-order Price Guarantee.
If the Amazon.com.au price decreases between your order time and the end of the day of the release date, you'll receive the lowest price. Order now
click to open popover
Start reading Dark Flight (Forensic Scientist Dr Rhona MacLeod Book 4) on your Kindle in under a minute.

Forget Las Vegas, forget Miami, this is CSI Dowanhill and it'll keep your adrenalin pumping from the first terrifying page until the last. (Daily Record)

Lin Anderson is one of Scotland's national treasures -­ don't be fooled by comparisons, her writing is unique, bringing warmth and depth to even the seediest parts of Glasgow. Lin's Rhona MacLeod is a complex and compelling heroine who just gets better with every outing. (Stuart MacBride, author of Cold Granite and Dying Light)

[a] sexy new rival for old Rebus... (The Scotsman)

Murder, mutilation and ritual sacrifice in the breakout book from Lin Anderson.

I have never read a book featuring African juju before, so I found it very interesting learning about some of forms it can take.

This book definitely was not for the faint of heart, it involves human trafficking, juju and the usual violence that accompanies Rhona's cases. How she manages to keep her head when in Nigeria, which is as far away from Glasgow, geographically and culturally, as you can get is very interesting indeed.

A cracking read, and highly recommended. Looking forward to the next one!
Read more
Helpful
Report abuse
See all reviews

An adult woman and her mother are found brutally murdered in the mother’s house. The adult woman’s young son has vanished and police are uncertain whether he has been kidnapped or has simply ran away from the horrific murder scene.

Whilst originally from Glasgow the murdered woman has spent some time in Africa where her son was born. Through the assistance of Africans in Glasgow Rhona and the police are able to establish that the possible reasons for the murder may lie abroad and Rhona and a police colleague travel to Africa to investigate further.

In an extremely entertaining book Anderson takes us around Glasgow and then into the African interior. She illustrates clearly that irrespective of the community fear of the unknown is both contagious and terrifying. Central throughout is the concept of power and the need to utilise it fully irrespective of the consequences. Good read.
Read more
Report abuse

Bob
5.0 out of 5 stars Tartan Noir meets Africa
Reviewed in the United Kingdom on 10 April 2018
Verified Purchase
With 2 murders opening the book you are gripped straight away and Anderson leaves nothing to the imagination.
You start off with a Scottish crime,a deep sense of loss and are whisked into a world of African Juju. Sounds impossible but in this novel it all fits seamlessly together.
It opens your eyes to another world, another set of customs and another way of life.
Tartan Noir suddenly becomes very colourful.
With not as much character development in this novel there was more time to develop the link between Glasgow and Nigeria and indulge the read in some very interesting facts about Nigeria.
Again another fast paced novel, which kept you guessing and the pages turning and of course chilling and disturbing!
Read more
One person found this helpful
Report abuse

Cathy
5.0 out of 5 stars Dark Flight
Reviewed in the United Kingdom on 8 May 2020
Verified Purchase
I did enjoy this book but I thought it was very gruesome. Just like it happens in "real life". I would recommend it. I'm now ready for the next one
Read more
Report abuse

alilex
4.0 out of 5 stars Mixed feelings
Reviewed in the United Kingdom on 18 October 2020
Verified Purchase
Thought the first part of the book was excellent but after they moved on over to there seemed to be so many similar sounding names i started getting confused. Got to say though it was a good read.
Read more
Report abuse

Melanie McAinsh
5.0 out of 5 stars Another great Dr Rhona Macleod book.
Reviewed in the United Kingdom on 11 January 2019
Verified Purchase
Enjoying these series and wondering when we will see them on TV. Come on. Visual and exciting, if quite gory and set in Scotland (including the Mining Museum at Newtongrange) and Africa. Thanks.
Read more
Report abuse
See all reviews
Get FREE delivery with Amazon Prime
Prime members enjoy FREE Delivery and exclusive access to movies, TV shows, music, Kindle e-books, Twitch Prime, and more.
> Get Started
Back to top
Get to Know Us
Make Money with Us
Let Us Help You
And don't forget:
© 1996-2020, Amazon.com, Inc. or its affiliates