Skip to main content
Dark Enemy: Taken and over 1.5 million other books are available for Amazon Kindle . Learn more 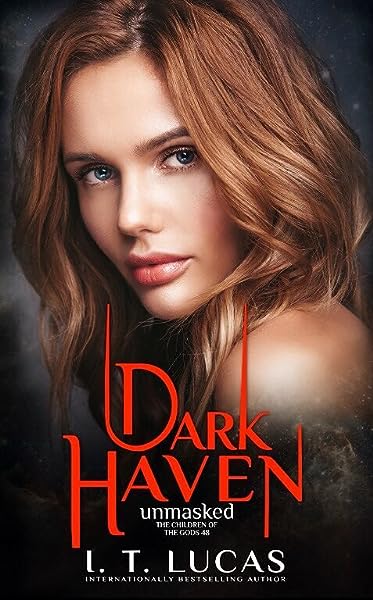 Page 1 of 1 Start overPage 1 of 1
Previous page
Next page
Start reading Dark Enemy on your Kindle in under a minute.

4.6 out of 5 stars
4.6 out of 5
506 global ratings
How are ratings calculated?
To calculate the overall star rating and percentage breakdown by star, we don’t use a simple average. Instead, our system considers things like how recent a review is and if the reviewer bought the item on Amazon. It also analyses reviews to verify trustworthiness.

amanda
2.0 out of 5 stars Big portion is a copy of the previous novel
Reviewed in Australia on 2 August 2020
Verified Purchase
I was looking forward to this as the previous books were fairly good, but was pretty disappointed that the first quarter of the book was a copy of the last few chapters of the previous one, with just a bit more detail. Maybe it’s just me, but I prefer new content in each novel.
Read more
Helpful
Report abuse

lorraine
5.0 out of 5 stars Five Stars
Reviewed in Australia on 31 July 2016
Verified Purchase
thank you for righting this book i enjoyed it
Read more
Helpful
Report abuse

Tessa
TOP 100 REVIEWER
5.0 out of 5 stars Amanda's waterloo.
Reviewed in Australia on 5 November 2018
I found this to be a better than the first trilogy. I.T.Lucas shows an understanding of the world and it's politics. Introducing Dalhu, a despised Doomer, is brilliant. Here is a character who has been brainwashed for the last 800 years bit, on his first trip out of his country and exposed to western culture, he starts to think for himself. This process has obviously been going on for a while as he has purchasedu many expensive high end watches etc. When he sees Amanda's photo he falls hook, line and sinker.
Amanda has never met a near immortal man who wasn't a relative before meeting Dalhu. Dalhu is a prime specimen who is even bigger than Anandur! All that Amanda can keep telling herself is that he is the enemy. Unfortunately her body and brain aren't listening! Meantime, Kian and Andrew are about to rain on her parade.
Absolutely loved this book. Can't wait to read the next one.

Tiffany Steinert
5.0 out of 5 stars oh golly what a showdown
Reviewed in Australia on 6 February 2020
omg I feel super guilty that I couldn't stop laughing at the bad timing and mortifying event that occurs in this book
loved it cant wait for the next one
Read more
Helpful
Report abuse

Brooke
TOP 1000 REVIEWER
5.0 out of 5 stars Great book
Reviewed in Australia on 29 January 2019
Love this series so far nice quick read but I enjoy the short series which plays everyone a part can’t wait to read the next book
Read more
Helpful
Report abuse

L Gilson
4.0 out of 5 stars Dark enemy taken (children of the gods)
Reviewed in the United Kingdom on 9 May 2018
Verified Purchase
Interesting characters coming into the story, kians mother appearing, his sister kidnapped, Michael and syssi transition and capture of a doomer, and new boomers coming to the city with killing on their minds. Action packed, mystery and romance with reluctant mates, great series consistent throughout .
Read more
Report abuse

Amazon Customer
5.0 out of 5 stars Dark Enemy: Taken
Reviewed in the United Kingdom on 17 October 2019
Verified Purchase
Great book great story can’t wait to read the next book I just wish I had them all down loaded it’s driving me crazy
Read more
Report abuse

Katster
5.0 out of 5 stars Quick reads
Reviewed in the United Kingdom on 7 October 2020
Verified Purchase
Enjoying this series easy to read love the characters especially Andrew . Hope he turns as well . Looking forward to the next instalment
Read more
Report abuse

pollyp.
5.0 out of 5 stars Fantastic books.
Reviewed in the United Kingdom on 28 May 2017
Verified Purchase
I just love these books, I can't put them down.. As soon as I have finished one I start the next one. Good story line and great Characters.
Read more
Report abuse
See all reviews
Back to top
Get to Know Us
Make Money with Us
Let Us Help You
And don't forget:
© 1996-2021, Amazon.com, Inc. or its affiliates