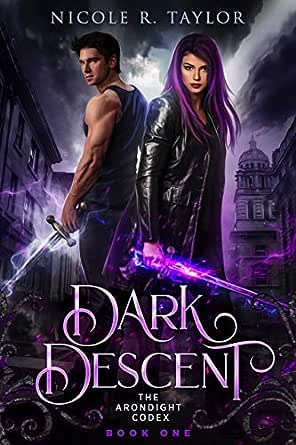 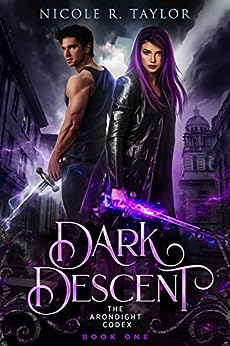 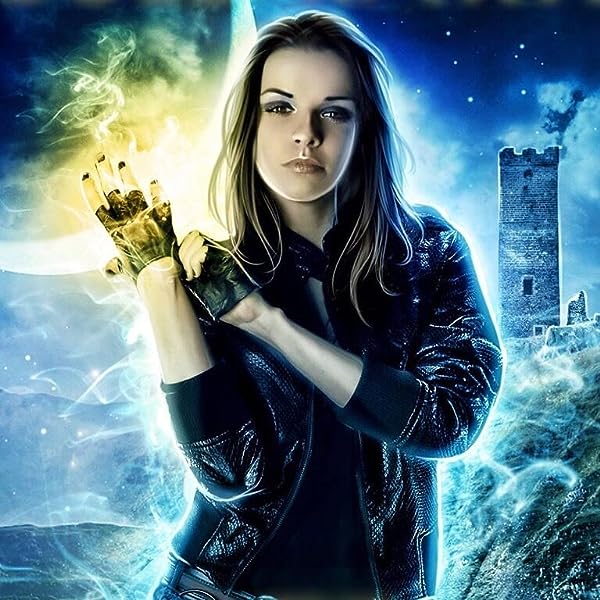 4.3 out of 5 stars
4.3 out of 5
191 global ratings
How are ratings calculated?
To calculate the overall star rating and percentage breakdown by star, we don’t use a simple average. Instead, our system considers things like how recent a review is and if the reviewer bought the item on Amazon. It also analyses reviews to verify trustworthiness.

Dahrose
TOP 500 REVIEWER
1.0 out of 5 stars Surly - special snowflake - heroine made this a hard story to like
Reviewed in Australia on 31 March 2020
Verified Purchase
This was a DNF at the 42% mark. The writing, as such, wasn't bad, but the characters and plot line? Yikes.

First off, our Heroine, Scarlett, or Purples (gag) as the H likes to call her. She's one special surly snowflake. Plagued by visions/memories of her parents death - that she's not sure really happened or not - but the vision is pretty precise and if she's been having it for twenty years then I'm not sure why she feels the need to go on meds, considers herself a bit loopy but other than that very mundane.
When she witnesses a magical event - the author can't decide whether to make Scarlett scared and unwilling to believe, or balls out throwing herself forward for no reason what so ever. Scarlett's motivations never really make sense - she hunts for an entire day for the H, then when she sees something a little off (even though she's witnessed several off things in previous encounters) she decides to make a run for it.

Then there is Wilder, the H, or not so affectionately as I like to refer to him as the a-hole. Seriously, everything out of his mouth is derogatory, a put down or just offensive.

I assume these two get together eventually - but as neither are likeable I wish them nothing but a lot of togetherness time.

The story / plot - Scarlett's motivations too often failed to make sense. She's witnessed some seriously weird stuff, but is still unwilling to believe any magical explanation, shrieking and being kind of a doofus. Tracking down Wilder made no sense. Running from him. Submitting to the test at the Naturals HQ when they are all jerks??? None of this made any sense.
Her hair is purple - and several times the author hints that this is natural - in what world does anyone have purple hair and not believe in the supernatural??

Surly heroine. Arrogant a-hole Hero. A storyline that at the 42% really hadn't gone anywhere. The problem is - the special snowflake discovering a magical world and that she has special powers has been done to death - and if you are going to adhere to that trope then you better make sure your characters & plot are stellar, because otherwise, as it does in this case, it will suffer badly in comparison to so many other stories that went down the same path but did it so much better.

Kindle Customer
4.0 out of 5 stars None stop action
Reviewed in the United Kingdom on 21 March 2020
Verified Purchase
Great story and characters odd but workable mix
Kept you on your toes from start to finish loved the mix of characters 😊.
Read more
2 people found this helpful
Report abuse

Kindle Customer
3.0 out of 5 stars Something was missing
Reviewed in the United Kingdom on 18 July 2020
Verified Purchase
Just the three stars. I kept waiting on something else. The book and characters just let it down. It could have taken place anywhere, at any time, past present or future there was nothing special or indeed anything making me want to read the next book. This was disappointing,
Read more
Report abuse

Kindle Customer
5.0 out of 5 stars Simply awesome
Reviewed in the United Kingdom on 17 February 2021
Verified Purchase
Great background with the Arthurian legends and modern London. I want more! Character development and dialogue is well done, I just hope Scarlet becomes less self deprecating. A new author, andi look forward to reading many more by Nicole Taylor.

Jardine
5.0 out of 5 stars 5*
Reviewed in the United Kingdom on 5 March 2019
Verified Purchase
Wow really enjoyed reading Dark Descent first book in the series. Now i cannot wait to read book two to find out what happens next.
Read more
One person found this helpful
Report abuse

Amazon Customer
5.0 out of 5 stars As exspected
Reviewed in the United Kingdom on 21 April 2020
Verified Purchase
As exspected
Read more
One person found this helpful
Report abuse
See all reviews
Back to top
Get to Know Us
Make Money with Us
Let Us Help You
And don't forget:
© 1996-2021, Amazon.com, Inc. or its affiliates