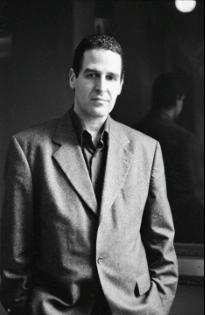 Page 1 of 1 Start overPage 1 of 1
Previous page
Next page
Start reading Dark Continent: Europe's Twentieth Century on your Kindle in under a minute.

"A useful, important book that reminds us, at the right time, how hard [European unity] has been, and how much care must be taken to avoid the terrible old temptations." --"Los Angeles Times
Dark Continent provides an alternative history of the twentieth century, one in which the triumph of democracy was anything but a forgone conclusion and fascism and communism provided rival political solutions that battled and sometimes triumphed in an effort to determine the course the continent would take.
Mark Mazower strips away myths that have comforted us since World War II, revealing Europe as an entity constantly engaged in a bloody project of self-invention. Here is a history not of inevitable victories and forward marches, but of narrow squeaks and unexpected twists, where townships boast a bronze of Mussolini on horseback one moment, only to melt it down and recast it as a pair of noble partisans the next. Unflinching, intelligent, Dark Continent provides a provocative vision of Europ's past, present, and future-and confirms Mark Mazower as a historian of valuable gifts.

Mark Mazower is Reader in History at the University of Sussex. He is the author of the prizewinning Inside Hitler's Greece: The Experience of Occupation, 1941-44. He writes and broadcasts regularly on current developments in the Balkans.
Read more

4.5 out of 5 stars
4.5 out of 5
168 global ratings
How are ratings calculated?
To calculate the overall star rating and percentage breakdown by star, we don’t use a simple average. Instead, our system considers things like how recent a review is and if the reviewer bought the item on Amazon. It also analyses reviews to verify trustworthiness.

stephen pennant
5.0 out of 5 stars A great guide to 20th century European history.
Reviewed in the United Kingdom on 27 December 2020
Verified Purchase
If you want a summary of how difficult the 20th century was for Europe this is the best I have read. A superb explanation of the factors which caused unrest, war, migrations and reconciliations.
Read more
One person found this helpful
Report abuse

Mia Cooper
5.0 out of 5 stars Great book with lots of info!
Reviewed in the United Kingdom on 2 June 2017
Verified Purchase
Fast delivery and perfect condition!

Mazower's book gives great insight into the aspects of the war that have shaped Europe since, with a focus on how democracy was not evident. Recommend for anyone interested in European history, WWII, ideologies and sociology!
The only downside would be his lack of credible sources, but it is still a fantastic read!

Joanna Jane Hicks
1.0 out of 5 stars Different isbn same novel
Reviewed in the United Kingdom on 1 April 2019
Verified Purchase
Bought this one for a uni course and it doesn't even have the isbn number that I typed in for the search. Unsure as to whether it is the correct book
Read more
One person found this helpful
Report abuse
See all reviews
Get FREE delivery with Amazon Prime
Prime members enjoy FREE Delivery and exclusive access to movies, TV shows, music, Kindle e-books, Twitch Prime, and more.
> Get Started
Back to top
Get to Know Us
Make Money with Us
Let Us Help You
And don't forget:
© 1996-2020, Amazon.com, Inc. or its affiliates