Skip to main content
A Dark and Broken Heart and over 1.5 million other books are available for Amazon Kindle . Learn more
Share <Embed> 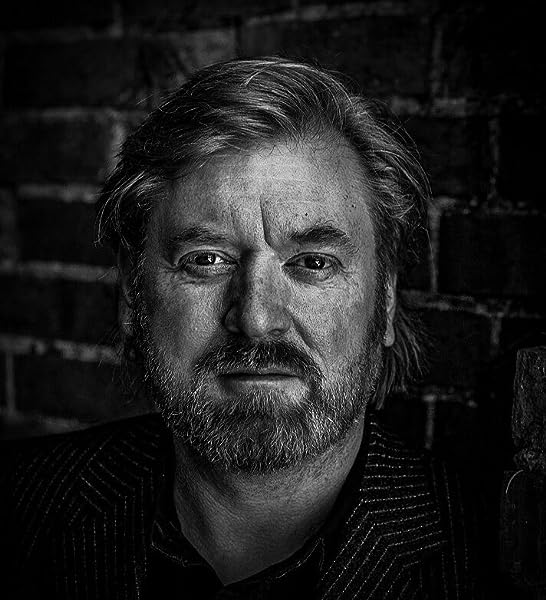 A Dark and Broken Heart: A Thriller Paperback – 6 March 2018

Page 1 of 1 Start overPage 1 of 1
Previous page
Next page
Start reading A Dark and Broken Heart on your Kindle in under a minute.

R.J. Ellory is the author of twelve novels, including the bestselling A Quiet Belief in Angels, which was Strand Magazine's Thriller of the Year, shortlisted for the Barry Award, and a finalist for the SIBA Award. He is also the author of City of Lies, Candlemoth, A Quiet Vendetta, The Anniversary Man, A Simple Act of Violence, and the e-book original series Three Days in Chicagoland.

S. Bennett
5.0 out of 5 stars Another good, gritty read
Reviewed in the United Kingdom on 25 September 2012
Verified Purchase
It took me a couple of chapters to get going with this book but once I did I couldn't put it down!

My feelings towards Vincent the main character were very mixed, I think the fact that the story was told mainly from his view point made me sympathise with him more than I would have done otherwise. The emotions portrayed made me root for him even when he didn't deserve it!

I read lots of "easy reading" books over the summer and it was good to get my teeth back into a gritty storyline.
If you like a beautifully written thriller, where the lines stopped being black and white long ago and have become many shades of grey, A Dark and Broken Heart fits the bill!

I've read the majority of RJ Ellory's books and it still amazes me when in the midst of reading about murder, hate and greed there are lines written so poetically I forget that I'm reading a crime thriller.

Looking forward to the next one....
Read more
11 people found this helpful
Report abuse

FictionFan
5.0 out of 5 stars Thrilling noir...
Reviewed in the United Kingdom on 15 July 2012
Verified Purchase
This has to be the noir thriller of the year. Fabulously well written, dark and twisted, the reader is carried into Vincent Madigan's life as he struggles to find a way out of the tangled and dangerous mess he has made of his life.

An anti-hero of epic proportions, we know from the beginning that he is surely irredeemably bad. No-one could be forgiven for the crimes he has committed, the vicious things he has done. And yet...and yet, as we get to know him, we find empathy for him as the author brilliantly plays with questions of morality and ethics. Madigan makes no excuses for himself; he accepts responsibility for every criminal and violent act he has committed, blames himself for the break-ups of his marriages and for losing touch with his children. But inside this man beats the dark and broken heart of the title and the reader - at least, this reader - can't help but see the good man he might so easily have been...and might still be. The author manipulates the reader so skilfully that I was left uneasy at how much I wanted Madigan to win through despite knowing his history. It reminded me a bit of how I felt about the awful but oddly likeable Patrick of  American Psycho , but where that was blackly comic, this is true thrilling noir.

I have deliberately not given a synopsis of the plot since it is so complex and has so many twists that I fear even a simple outline could lead to unintentional spoilers. But after the first couple of violent chapters, the reader is blasted by the first breath-taking twist and from there on is swept into an ever-shifting, ever more threatening world where good and bad become so blurred that they are eventually almost impossible to tell apart. This is a superbly told and completely compelling roller coaster of a story - bleak, often violent, but never without the possibility of redemption. Highly recommended.
Read more
Report abuse

Jooly
5.0 out of 5 stars Frustrating!!
Reviewed in the United Kingdom on 14 February 2013
Verified Purchase
Frustrating because....you should, you know you should, utterly dislike Madigan - for all he is and all he has done. But, you just can't stop those teeny feelings of sympathy creeping in. He wants to put his bad past to rest though to do so needs him to be just a little more bad. That is where the frustration creeps in.

Once again RJ Ellory entices you into his storyville and holds you there. He is without doubt one of the best authors around - and I hope he stays around for a long time to come. The literary world would be a far more dull place without him.

To all the 'one star haters' - really, you should get out more. To be so bitter and twisted can't be good for your health. People make mistakes - all people. So what? Did it affect you personally? No - move on!

Tartan Frog
5.0 out of 5 stars Dark and affecting. Approach with caution
Reviewed in the United Kingdom on 25 July 2015
Verified Purchase
Ellory at his darkest. The main character here is about as much of an anti-hero as you can get yet I was drawn to him. I wanted him to get through this terrible sequence that he had set off and emerge a changed man. As a policeman he plans and executes a robbery on a ruthless crime syndicate using criminals he has a hold over. It goes badly wrong and he is left holding so many pieces there seems no way out. What will he do now? He has sunk so low, is so far off the chart for a policeman we should not care, but we do. At the end it is so affecting and so brutal I hesitate to recommend it. If you have a strong stomach and like Ellory go for it. Otherwise.....????
Read more
Report abuse

Jamie MacGarry
5.0 out of 5 stars Fabulous.
Reviewed in the United Kingdom on 24 February 2014
Verified Purchase
This is as good as it gets. Writing this good should not be limited to the Crime genre. It transcends the genre simply by the quality of the writing.

Just stop what you're doing and buy the book. Ellory makes the others look like bumbling amateurs. If you're not drawn into the character of Madigan, then you don't have a heart, either dark or broken.

I keep this book on my desk, to remind me how it's done. It really is that good.
Read more
3 people found this helpful
Report abuse
See all reviews
Back to top
Get to Know Us
Make Money with Us
Let Us Help You
And don't forget:
© 1996-2021, Amazon.com, Inc. or its affiliates