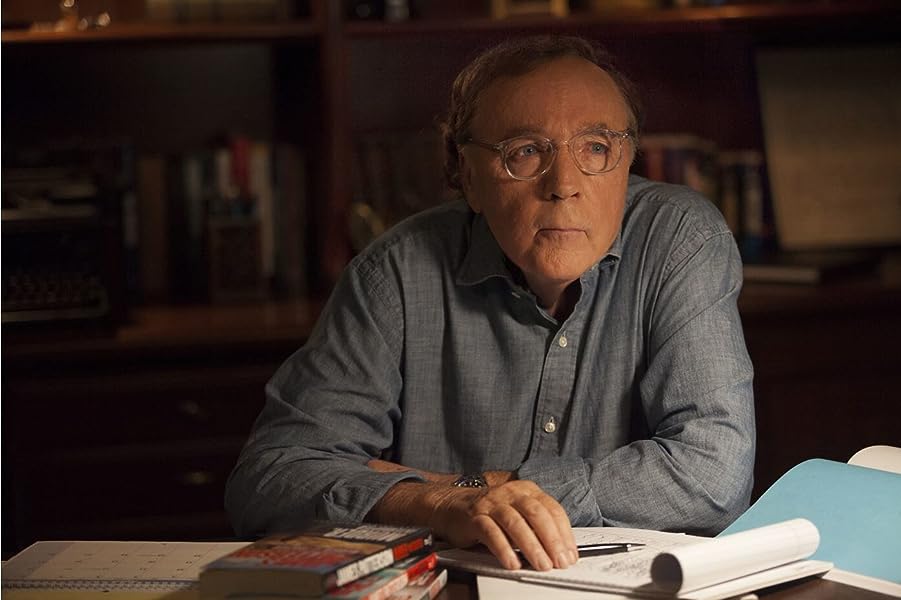 by James Patterson (Author)
4.5 out of 5 stars 11 ratings
See all formats and editions
Sorry, there was a problem loading this page. Try again.

With an exciting new Patterson narrative in a graphic novel format, Daniel X continues his quest in a full-color, action-packed adventure!

Long ago, after his parents' brutal murder, Daniel inherited the coveted List of Alien Outlaws and assumed his father's role as Alien Hunter. With his supreme abilities, like being able to shape-shift and conjure up long-dead family members out of thin air, Daniel is ready to take on the scum of the universe.

Number 7 on the list--grand-master of an interplanetary game of destruction that could result in the eventual take-over of earth--is his next target. In a journey that takes him through the bowels of and into other realms, Daniel ingeniously tracks the insectile mastermind. But when #7 reveals his true and terrifying powers, Daniel must enlist the help of #7's own son before he finds himself at the center of the most high-stakes game yet.
Read more
Previous page
Next page

James Patterson is the #1 New York Times bestselling author of many books, including the blockbuster series Maximum Ride. More than 140 million of his books have been sold around the world, making him one of the top-selling writers of all time.

Klaus Lyngeled is a Swedish illustrator and artist who has worked with games, film and comics for over 15 years on games like "Enter The Matrix" and "Wild9."

Jon Girin, born in Lyon, France, has worked in comics, graphic design and illustration. He has also worked for the French video game industry, illustrating and designing characters for games such as "Parabellum."
Tell the Publisher!
I’d like to read this book on Kindle

J. Gavin
5.0 out of 5 stars Kids look at this one.
Reviewed in the United Kingdom on 22 August 2011
Verified Purchase
Daniel X is a great way to introduce children to the world of written literatude and a stepping stone to the classics.
Read more
Report abuse

cacf
5.0 out of 5 stars Daniel X book
Reviewed in the United States on 16 January 2013
Verified Purchase
The product was as advertised and arrived as scheduled. It suits the purpose for which it was ordered. Definitely would order again.
Read more
Report abuse

C. Cunningham
5.0 out of 5 stars Great companion to the Daniel X series.
Reviewed in the United States on 22 May 2010
Verified Purchase
The 10-year-old that is reading the Daniel X books was happy to see the comic accompaniment. Great quality and fun for the kids.
Read more
One person found this helpful
Report abuse
See all reviews
Back to top
Get to Know Us
Make Money with Us
Let Us Help You
And don't forget:
© 1996-2021, Amazon.com, Inc. or its affiliates