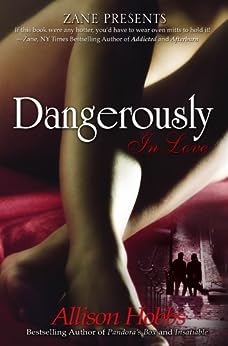 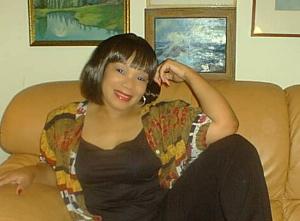 "A witty, insightful, and sexy treat that grabs your attention from the very first page and keeps it.... A heartbreaking look into a marriage that's lost its way." -- Mary Monroe, bestselling author of "God Don't Like Ugly" "If this book were any hotter, you'd have to wear oven mitts to hold it!" -- Zane, "New York Times" bestselling author of "Afterburn" and "Caramel Flava" --This text refers to an alternate kindle_edition edition.

Allison Hobbs is a national bestselling author of more than thirty novels and has been featured in such periodicals as Romantic Times and The Philadelphia Inquirer. She lives in Philadelphia, Pennsylvania. --This text refers to an alternate kindle_edition edition.

Kindle Customer
4.0 out of 5 stars Wow!!👏🏾👏🏾👏🏾👏🏾
Reviewed in the United States on 6 August 2020
Verified Purchase
This tale was wild, for want of a better word. Really good characters, good and evil, so each time a chapter focuses on someone the book was still enjoyable. Good enough that you won't think about skimming just to finish. Y'all know what I'm talking about!!😁😁😁 Allison Hobbs is an..interesting writer. I'll definitely check out more of her works.

BookGroupie
4.0 out of 5 stars Wifey,Sex Fiend and Strippers!!
Reviewed in the United States on 7 April 2009
Verified Purchase
This is the first book I have read by Allison Hobbs, all I can say is WOW!! Dayna and Reed are unhappily married, Dayna is a faithful wife at home and a teacher during the day. Reed is a unfaithful, disrespectful husband at home and a nasty, freaky perverted sex fiend at night.

While Dayna is planning to tell Reed she wants to have a baby, Reed is having sex with strippers and hookers.

Chanelle "Sensation" is a chocolate brown stripper in search of a rich and attractive husband. Chanelle's is searching for the perfect man to marry her and live happily ever after.

There are two stories in this book, both collide at the very end. Allison Hobbs is a great writer, I enjoyed reading about the charaters in this book.
Read more
One person found this helpful
Report abuse

Jason Frost
4.0 out of 5 stars I liked it... after about page 100
Reviewed in the United States on 1 June 2006
Verified Purchase
Is is me or did it seem like someone else wrote the first 100 pages of this book? Ms. Hobbs has a style of writing that stands out and she uses certain words and phrases. Those phrases and words were non-existant for the first 100 pages or so. The writing was good enough to keep me going but I could definately tell a difference... especially after reading and loving her other books.

After about page 100 the "it" hit the fan! Brutal, sexual, violent, funny, and fast paced is what I love and what (part of) this book delivers. Get this book, get here previous books, and get her next one!
Read more
2 people found this helpful
Report abuse

Imarij04
3.0 out of 5 stars Just OK
Reviewed in the United States on 9 April 2012
Verified Purchase
I really enjoyed Insatiable, so I thought I would read another book written by Miss Hobbs. I have to say, the book was just OK. The ending was predictable and cute, and parts of the book made me smile. I liked Dayna's character and the strength she gained throughout the book. Reed was disgusting, but I liked that his character was not really what I expected; his instability becomes more and more apparent as you read. Just OK, nothing like Insatiable, which I couldn't put down.
Read more
Report abuse

Michelle
5.0 out of 5 stars Dangerously In love, I loved it!
Reviewed in the United States on 15 February 2006
Verified Purchase
"Dangerously In Love" by Allison Hobbs was a very good read. I finished this book in 2 days, it will have you hooked. Just like her other 2 books, this one does not dissapoint. If you haven't read her other 2 books, do yourself a favor and get them! Anyway Reed and Dayna have been married for 3 years, but are not in love anymore. Reed is always gone, and wait until you find out what he's out doing. Poor Dayna, a school teacher just sits at home eating, gaining weight. Dayna gets fed up with keeping up the facade of being happily married, and asks Reed for a divorce that's when the drama starts! Chanelle "Sensation" Lawson is an 18 year old stripper/escort that is looking for love in all the wrong places, like in the arms of one of her tricks! Sadly, most of her tricks have some real issues to go along with the phat pockets. I don't really want to tell the story but the ending of this book is totally unexpected. Keep up the good work Ms. Hobbs. This book also goes on my list as one of the best of 2006.
Read more
12 people found this helpful
Report abuse
See all reviews
Back to top
Get to Know Us
Make Money with Us
Let Us Help You
And don't forget:
© 1996-2021, Amazon.com, Inc. or its affiliates