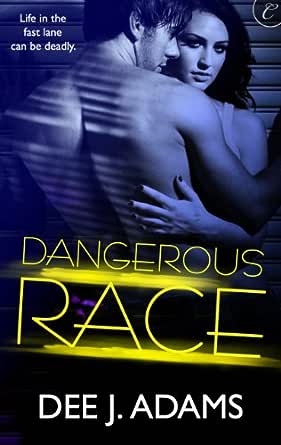 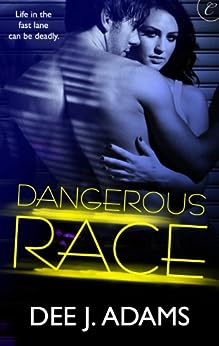 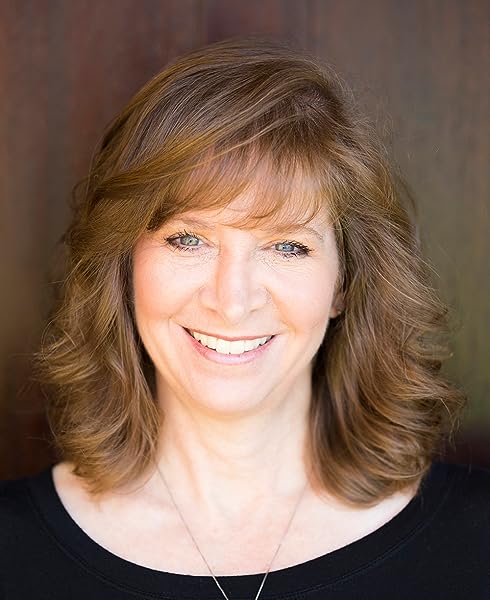 Four years ago, race car driver Tracey Bradshaw almost died in a horrific crash. Now scarred inside and out, she's making a comeback, but her team is plagued by a series of "accidents".

When the team leader dies under mysterious circumstances, former driver Mac Reynolds takes charge. The pair clash as Trace resents his high-handed attempts to control her, while Mac fears Trace's recklessness will get her killed. Neither can throttle back the desire that spins out of control whenever they touch. Trace lets herself be seduced when Mac convinces her he finds her beautiful despite her scars, and she begins to hope for more. But Mac knows he's not nearly good enough for Trace…

Don't miss the sequel, Danger Zone, coming out in February 2012.

This was a pretty good story. Tracey and Mac are both likable characters but they get along with each other like oil and water, which certainly kept things interesting. This is the first book I've read by this author and based off this Ill probably try more of her work in the future.

Tracey is a professional race car driver. She was raised in foster care and didn't have a good childhood, spending much of her time hanging out at the race track. Fortunately, Tracey got taken under a wing and grew up to be a great driver. Tracey was engaged to Eddie (the son of Ed, the owner of her race team) but he broke up with her after she was in a horrible wreck 4 years ago and came out of it scarred.

Mac is an ex-race car driver and currently runs a company in England that designs Formula One race cars. Mac loved racing but after a bad crash he didn't trust himself behind the wheel any more so he decided to help his father with the business designing formula one cars. Mac's dad died around a year ago and now he just has his younger brother (who's in his 20s) to look after.

Tracey is back to racing and has been for a few months. She's getting ready for a race at the same track that she wrecked at 4 years before and things are kind of stressful but alright. Things go downhill when Tracey's head mechanic and the man who was like a father to her dies unexpectedly. Mac (who owes Ed a favor) is brought in to take over as lead mechanic for this race until they can find someone permanent. Tracey and Mac have a definite attraction between them but neither is wanting to go where the attraction is leading them. Mac knows it's not a good idea because she's his driver and he's going back home after the race in a couple weeks. Tracey isn't about to get involved with anyone...ever. When Tracey was in the crash it messed up her leg badly and left her with a horrible scar. Eddie couldn't handle it and broke up with her because of it which devastated Tracey and made her unwilling to trust another man. Things start getting worse when the police inform Tracey (and Mac because he's determined to be there for Tracey when she needs it) that her former lead mechanic was murdered and the poison was actually supposed to be for her. They start suspecting that someone has something against Tracey but they don't know who or why.

Tracey has a lot on her hands as more things go wrong and she doesn't know who to trust. Since Mac has no way to gain from her problems and wasn't there when they started, Tracey is willing to trust him even when it seems like the issues may be coming from an insider. While all this is going on, Tracey's long lost sister, Chelsey, shows up and in addition to meeting Tracey, Chelsey becomes involved with another mechanic on Tracey's team, Matt. Since Tracey has never had a family she's happy at the thought of having a sister (if the blood tests prove the relationship) but she also can't help but wonder if it's a coincidence that Chelsey showed up just when things are going badly (although it doesn't seem like Chelsey has a motive). Things are a mess as they try to figure things out and during this all, Mac and Tracey do lose their restraint and end up in a physical relationship, trying desperately not to let their feelings get involved even though they are from the start. Tracey isn't willing to trust Mac (thinking he'll run from her like Eddie) but figures she'll take when she can get for now. Mac knows he's supposed to go back home and his and Tracey's lives don't mesh and he also doesn't think he's good enough for her. Obviously, they have a lot to work through and the stalker/killer doesn't make things easy. There's some definite drama and danger to get through but thankfully the bad guy is captured and Tracey and Mac come out with a well deserved HEA.

This was a pretty enjoyable story. I liked both Mac and Tracey and their story was a good one. It was interesting enough that I was engaged throughout the story. I did suspect who the bad guy was from the start and I ended up being right but there was enough hidden that I wasn't sure and kept wondering if I was right until the reveal. I'm planning to read the next book in the series sometime in the future. I'd recommend this story. :)

* note - I listened to the audio version of this book and the narrator did a very good job.

JadeShea
3.0 out of 5 stars Interesting but not great
7 May 2013 - Published on Amazon.com
Verified Purchase
I thought this book was going to be about a women race car driver dealing with a stalker. While part of that statement is true, I was wrong, it was a whole lot more than just that.
It starts out with Tracey almost dying in a crash in her race car. Four years later she's back to win the race that almost took her life before. But things change when people start dying, and new people come out of Tracey's past that she never knew about.

This book was good. I enjoyed it, a lot but at times I felt like it was almost rushed, and that something was just missing to make it a really good book.
The characters are very easy to relate to, and I love the romance between the main two characters. This book also had a second romance that we get to see, so it was like a "double" dose of romance in this story. It was wonderful. I also enjoyed the fact that Trace was a female race car driver. That just made the story even better, because I've never read a book about a girl racing before, and I loved it.

Beverly Diehl
4.0 out of 5 stars Green Flag All the Way
4 January 2012 - Published on Amazon.com
Verified Purchase
At the photo-finish, I would give this 4.5 out of five stars. Despite my personal loathing for the world of auto-racing, Dangerous Race wrapped me up in it. Adams made me smell the ethanol and *like* it. I believed in the lead character, Trace, and her bumpy romance with her new crew chief. My only issue was I thought the villain was too obvious, and there should have been more politicking behind the scenes re: his personal goals. A pit crew is big - we should have seen more of the others being manipulated and taking sides, perhaps being used as unwitting stooges. However, the romance and sex scenes were deliciously steamy, there was enough humor without spoiling the tension, and the "feel" was right. I am looking forward to more by this author.
Read more

Christine Ashworth
5.0 out of 5 stars Definitely an Adrenalin Rush!
13 February 2012 - Published on Amazon.com
Verified Purchase
Dangerous Race puts you on an adrenalin high from the very first page, and doesn't let you go. I read this book in one sitting and can only say, "wow"! Not one romance, but two; not one mystery, but two. And one very, very bad villain that you can't even begin to "guess who". The action scenes are written so vividly that you'd swear you can smell the motor oil and feel the car vibrate beneath you. The romances are written with heart and heat, and just the right amount of push-pull between the sexes. Whoever named this series "Adrenalin High" certainly had it right! I'm eagerly looking forward to book two and three. Adams is going on my "keeper shelf" on my Kindle!
Read more

Robin Bielman
5.0 out of 5 stars Fast-paced and twice the romance!
15 September 2011 - Published on Amazon.com
Verified Purchase
I loved this book! The characters completely hooked me. They are so real and likable and conflicted that I was rooting for them from the second I met them. My favorite part of any book is the romance and in Dangerous Race, there are two couples who capture your heart with their wonderful dialogue, playful situations, and as the suspense grows, their loyalties and fears. I couldn't turn the pages fast enough, but so didn't want to reach the finish line. I highly recommend this book and can't wait to read Ms. Adams next one!
Read more
One person found this helpful
Go to Amazon.com to see all 62 reviews 4.2 out of 5 stars
Get FREE delivery with Amazon Prime
Prime members enjoy FREE Delivery and exclusive access to movies, TV shows, music, Kindle e-books, Twitch Prime, and more.
> Get Started
Back to top
Get to Know Us
Make Money with Us
Let Us Help You
And don't forget:
© 1996-2020, Amazon.com, Inc. or its affiliates