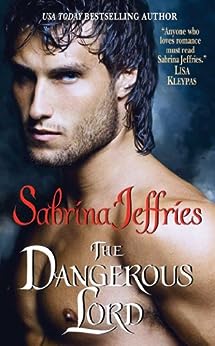 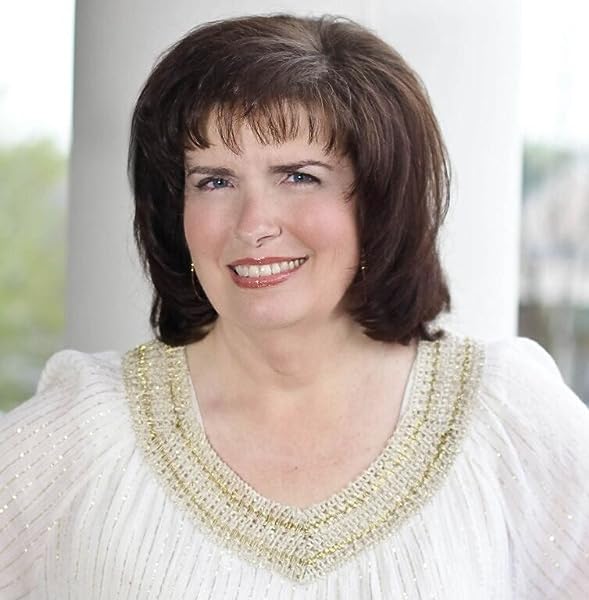 "One luscious romance filled with sensuous moments that will make your heart beat a little faster." The Oakland Press, MI --This text refers to the mass_market edition.

You thrilled to The Pirate Lord... You fell in love with The Forbidden Lord. Now, meet The Dangerous Lord!

To prevent a dear friend from marrying notorious Ian Lennard, the Viscount St. Clair, Felicity Taylor reveals his shady past in her anonymous London gossip column. But the dauntless miss never imagined St. Clair's rage -- for the dangerous rake was now short a bride, and still in desperate need of an heir.

So imagine Felicity's surprise when the hot-blooded lord sets his sights on her! Threatened with exposure and ruin, what choice does she have but to marry him?

A wife was merely a necessity to secure his fortune -- or so Ian thought until he met Felicity. But the audacious female is his match in both wit and passion...and she may be more than he can handle. For burning kisses and tender touches tempt him to lay bare his very soul -- but Ian knows the secrets he harbors will drive her away. So nothing would be more dangerous than actually falling in love with his fiery new bride! --This text refers to the mass_market edition.

The notorious Viscount St. Clair was a dangerous man to love -- and the last man Felicity would ever consent to marry.

Or so she believed... --This text refers to the mass_market edition.

At the tender age of twelve, Sabrina Jeffries decided she wanted to be a romance writer. It took her eighteen more years and a boring stint in graduate school before she sold her first book, but now her sexy and humorous historical romances routinely land on the USA Today and New York Times bestseller lists and have won several awards. She lives in North Carolina with her husband and son, where she writes full-time and is working on her next novel. --This text refers to the mass_market edition.
Read more

4.4 out of 5 stars
4.4 out of 5
104 global ratings
How are ratings calculated?
To calculate the overall star rating and percentage breakdown by star, we don’t use a simple average. Instead, our system considers things like how recent a review is and if the reviewer bought the item on Amazon. It also analyses reviews to verify trustworthiness.

lally D
5.0 out of 5 stars Captivating!
Reviewed in the United Kingdom on 22 February 2015
Verified Purchase
This book has it all, great storyline, lots of romance, a mysterious past, excitement and intrigue.
There is an evil villain, but there are loyal friends too, a principled hero with a stout heart and a heroine who is beautiful inside and out. It has much to recommend it.

The main characters are wonderful, engaging and believable. They are both strong willed and determined, often clashing and trying to outwit each other, until Cupid strikes, then everything changes. There are many humorous moments, plenty of passion and good old fashioned love.

In this book you'll catch up with some of the characters from the other two books in the series, I really like this in a book and the author's style.

Beth
2.0 out of 5 stars Not up to her usual standard. Spoilers
Reviewed in the United Kingdom on 30 October 2013
Verified Purchase
I usually love Sabrina Jeffries' books, but I couldn't even finish this one. It was like an old fashioned romance in that the hero, Ian was an insufferable and arrogant boor. He forces his attentions on the heroine, Felicity because he wants to ruin her in revenge for some articles she has written. He does this knowing that this will devastate her life and social standing. And we're supposed to like this man? After he decides that he does want her for himself (she intrigues him!) he manipulates, stalks, seduces and then uses her poverty to force her to marry him. He also resents the time and love she has for her four brothers. In any other novel he would be the villain!

Luckily for him Felicity is a real insipid Miss. Although she talks big about wanting respect and love, she simply melts at his masterful touch and always gives in despite her promises to herself. Ugh. I rolled my eyes many times at her actions and reasoning, and in the end had to stop reading.

The other annoyance is the lack of historical reality. Ian is discovered kissing Felicity and then sneaks into her room to forcefully seduce her so she has to marry him (!) and once again he is spotted by, we are told, the ton's biggest gossip. But nothing is mentioned of it by anyone afterward. In reality (and other novels) Felicity would be ostracised completely.

All in all I cannot recommend this book. Read other by Jeffries, or Courtney Milan, Sherry Thomas or Julia Quinn. These have realistic, strong women falling for good, honourable men. Not arrogant rakes forcefully seducing silly girls.
Read more
Report abuse

ambersaxon696
5.0 out of 5 stars A very well-written historical romance
Reviewed in the United Kingdom on 18 April 2003
Verified Purchase
"The Dangerous Lord" is an entertaining story set in London and the English countryside in 1820. Felicity Taylor is an attractive young lady fallen on hard times after her father's untimely death. In order to earn her living and support her four younger brothers she writes society gossip for her column in The Evening Gazette under the pseudonym of "Lord X". Ian Lennard, the Viscount St. Clair is one of the victims of this highly critical column and he wants to confront Lord X and make him stop publicly speculating about his mysterious past. He is a very handsome young gentleman surrounded by lots of mystery and notorious gossip. He urgently needs an heir and therefore he is looking for a suitable wife. Lord X's scandalous gossip makes it nearly impossible for him to find a well-bred young lady willing to marry him. When he finds out that Lord X is a head-strong young woman, he is furious but strangely attracted to her at the same time. He cannot keep her out of his mind and he vows to win their battle of wills. Felicity is just as stubborn and her opinion of Ian is the worst ever possible. She considers him a notorious debaucher but how hardly she tries she cannot ignore the disturbing feelings his powerful charm awakens in her. Both leading protagonists are intelligent and loyal people scared of losing their hearts and scared of showing their deep emotions. The author delivers an exciting and colourful battle of the sexes supported by witty dialogues not only by the leading couple but by the numerous secondary characters as well. Readers who have read Ms. Jeffries' previous "Lord" books will welcome meeting many of their heros and heroines in this one too.
THE DANGEROUS LORD is a fascinating historical romance because it fully captures the reader's interest and keeps it until the end.Although the plot is not the newest but Ms. Jeffries's lively characters and their deep and witty conversations make it a first-class piece of work of the genre.
Read more
26 people found this helpful
Report abuse

ROMANCE JUNKIE
5.0 out of 5 stars fantasticly engrossing
Reviewed in the United Kingdom on 3 December 2007
Verified Purchase
i loved this book & especially the hero because the author was not afraid to give him some negative traits so he seemed real & down to earth.i loved the way she developed the story & characters so it kept you wanting to read the next page without getting bored. i will now buy many more of her books. i also thought dangerous lord was brilliant.
Read more
One person found this helpful
Report abuse

Kindle Customer
5.0 out of 5 stars Love it
Reviewed in the United Kingdom on 30 December 2016
Verified Purchase
Love this book! So funny and easy going! A good escape into the world of romance. Amazing Sabrina as always!
Read more
Report abuse
See all reviews
Back to top
Get to Know Us
Make Money with Us
Let Us Help You
And don't forget:
© 1996-2021, Amazon.com, Inc. or its affiliates