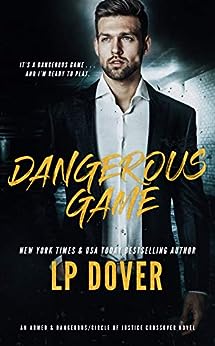 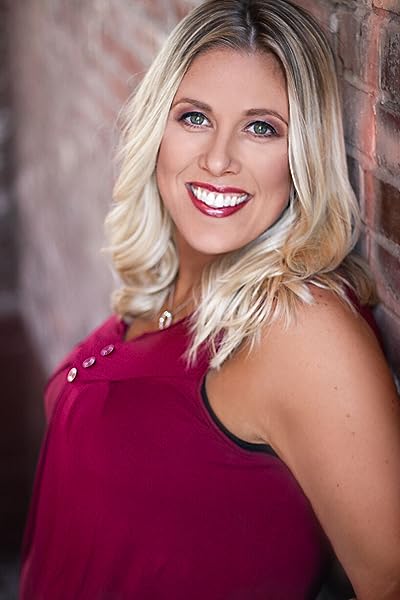 Venita Rogan
5.0 out of 5 stars Characters are like friends...
Reviewed in Australia on 19 December 2019
Verified Purchase
Love the series and how the characters intertwine.. You get caught up in their stories... like old friends when you see a characters name from a previously read book 💜
Read more
Helpful
Report abuse
See all reviews

Jill Kirtley
5.0 out of 5 stars Fantastic!
Reviewed in the United Kingdom on 19 November 2019
Verified Purchase
This is an action packed, fast paced, brilliant Mafia romance. Dominic is everything you want in an alpha male and Faith is perfect woman to have by his side. When the enemy sets their sight on her, he shows them just how ruthless he can be.
I loved the great storyline, the sexy hotness, and the fantastic characters, that make this an absolute must read.
This is an Armed And Dangerous/Circle Of Justice crossover novel but it can be read as a standalone. I highly recommend it!
Read more
Report abuse

Kindle Customer
5.0 out of 5 stars Deadly
Reviewed in the United Kingdom on 23 March 2020
Verified Purchase
Thrilling, edge of the seat ride with mafia, FBI and the dark side of boxing connections. You know the adversary, you the enemy but you don't know who will come out on top. The ultimate winner is in the boxing ring, but will it be enough? Well written page turner as always when L.P.Dover is in the seat.
Read more
Report abuse

C. L. Oliver
5.0 out of 5 stars Fantastic
Reviewed in the United Kingdom on 20 November 2019
Verified Purchase
I was so excited when I found out there was a crossover of these two series! I loved them both and couldn’t wait to get my hands on this book. It was everything I hoped for. I love everything about Dominic, was so happy to look into him more. I loved this crossover!
Read more
Report abuse

Kate B
5.0 out of 5 stars Wow Dominic Corsino
Reviewed in the United States on 20 November 2019
Verified Purchase
Man I loved this book. What another awesome addition to both Armed & Dangerous Series, the Circle of Justice series, it was also great some of LP Dover’s beloved characters made an appearance like Gabby & Pax, Micah, Connor and I can’t forget Reed. It was cool to see what makes Dominic Corsino tick and I loved how his and Faith’s relationship progressed even though he’d not long taken over from his father so he’s now the head of the Corsino “family” he‘s nothing like his father but he’s still done a lot. LP Dover is one of my favourite authors I’ve read a lot of her books multiple times like Gabby & Pax’s story, Brooklyn and Camden’s story and Megan & Kyle’s story from the Gloves Off series (they’re my favourites from that series), her Second Chances series, her Armed & Dangerous Series, her Circle of Justice series, her Royal Shifters series and her Forever Fae series she definitely knows how to keep her readers coming back for more she’s that good. I’ve already pre-ordered Reed’s story which I’m really looking forward to seeing how him and Kennedy are together since I’m thinking we only got a brief glimpse of how’d he’d act in his book since he was very protective of Faith so it will definitely a great read, all I can say is that if someone went after Kennedy he may even go full assassin on their ar*ses, he may end up being worse out of the Chandler’s (they’re all very protective of their loved ones). I’m also hoping that since this is a new crossover series from LP Dover she will be including both Connor and Micah’s stories and maybe Luca Corsino since he made a life changing decision near the end of this story. I’d definitely recommend LP Dover as an author and her books to anyone who likes suspenseful, steamy romances with HEA.
Read more
One person found this helpful
Report abuse

Gillek2
5.0 out of 5 stars Dominic and Faith!
Reviewed in the United States on 20 November 2019
Verified Purchase
Dominic has been groomed since a young age to take over the Corsino business and he knew what that would entail and the danger it would put those closest to him in. It is for that reason that even though he was attracted to his sister’s best friend Faith that he never crossed the line but now that his father has passed away it becomes a game changer.

Faith never thought that Dominic would ever see her as more than his friend’s sister so she moved on with her life, but a bad decision has Dominic watching over her while she sorts out the mess her life has become.

I enjoyed watching the relationship between Dominic and Faith develop. Although he was the head of a mafia family when it came to Faith that was not the man he was while Faith is strong and fiery. The chemistry between them was intense with just enough suspense and emotion to have you invested in the characters and their happy ever after.
Read more
Report abuse
See all reviews
Back to top
Get to Know Us
Make Money with Us
Let Us Help You
And don't forget:
© 1996-2021, Amazon.com, Inc. or its affiliates