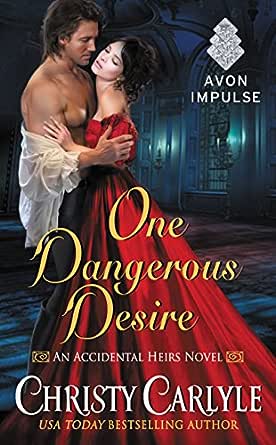 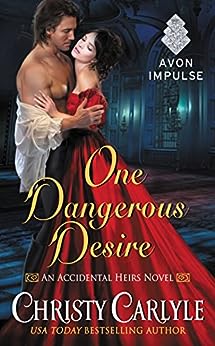 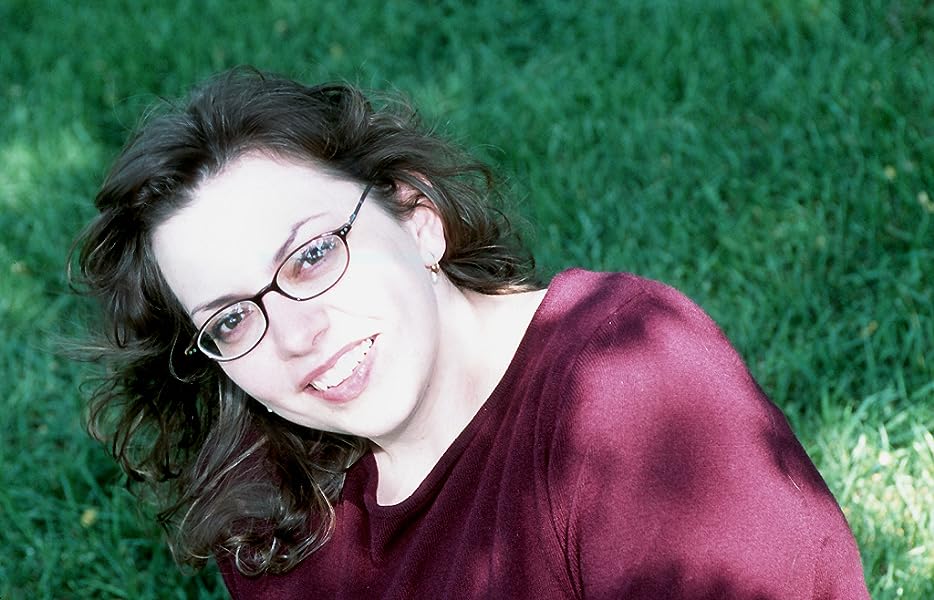 "Christy Carlyle's debut is a whirlwind from beginning to end-sensual, fast-paced, engaging, and full of complex characters. One Scandalous Kiss is sure to captivate fans of Victorian romance."--USA Today bestselling author, Vivienne Lorret --This text refers to an alternate kindle_edition edition.

Fueled by Pacific Northwest coffee and inspired by multiple viewings of every British costume drama she can get her hands on, USA Today bestselling author Christy Carlyle writes sensual historical romance set in the Victorian era. She loves heroes who struggle against all odds and heroines who are ahead of their time. A former teacher with a degree in history, she finds there's nothing better than being able to combine her love of the past with a die-hard belief in happy endings.

4.3 out of 5 stars
4.3 out of 5
33 global ratings
How are ratings calculated?
To calculate the overall star rating and percentage breakdown by star, we don’t use a simple average. Instead, our system considers things like how recent a review is and if the reviewer bought the item on Amazon. It also analyses reviews to verify trustworthiness.

Rosewood
4.0 out of 5 stars A very interesting and romantic series
Reviewed in Canada on 30 October 2016
Verified Purchase
May's story was a bit of a surprise - in her first appearance of the series " One Scandalous Kiss " May seemed worried about scandal but I think her own father's behavior and that of her chosen husband's in this novel was portrayed in a much more mature fashion. The father figure of both May and Rex were wishy washy, flip floppy but I liked the other characters in the story. I hope Emily and Sullivan get a romantic story - little bit of mystery going on there I think. And I'm still hoping for a story about Pippa and to catch up with Sebastian and Kitty
Read more
One person found this helpful
Report abuse

Nancy Qualls
5.0 out of 5 stars Book #3 Accidental Heiress series
Reviewed in the United States on 19 May 2016
Verified Purchase
What a difference a day makes-but what about six years? That's when Reginald Cross and May Sedgwick fell in love. They were going to run from her tyrannical father but when Reginald got to the park to meet her, the scrawny glassware clerk was threatened by said tyrannical father with trumped up charges and the threat of jail. He grew up and filled out, and made his fortune. He changed his name to Rex Leighton (mother's maiden name) and moved to London to build The Pinnacle, the finest, most modern hotel in London. He is searching for a woman who is of a titled family.
May Sedgwick remained under her father's thumb. They have come to London, also, for her to have a season in the Marriage Mart and find a very wealthy, titled Lord to wed. Sedgwick's stores in New York and Chicago are failing so he is looking for opportunities to open a Sedgwick's-London. Amy's status as the wife of a Lord will ensure it's success with the elite rich.
Their mutual searches lead them to a surprising and volatile reunion. They focus on a brother and sister but being brought together constantly on double dates proved to be a lesson in futility. There was no way they could ever become brother/sister-in-laws.
Our antagonist, her father, layed down the gauntlet at the Sedgwick's-London groundbreaking. He announced to the press and dignitaries that he is returning to NYC and Sedgwick's-London is now his daughter's store, to lure her away from Rex (he's obviously not had one of Rex kisses). But our 'H' was NOT having any of that. She and Rex announced to all their engagement.
Not to be outdone, Rex's long lost father (never in his life) who abandoned his mother after their wedding, wants his share of his wealth. I'm not telling you any more. You will love it as much as the first two in the Accidental Heiress series.

Mb4pax
4.0 out of 5 stars A lovely wander back to historical England.
Reviewed in the United States on 21 April 2016
Verified Purchase
The third book in the Accidental Heirs series maintains its energy and character depth. And a number of the characters from the previous books are a part of this novel (if only in a minor way) which I like a lot. Actually, I like this whole series a lot. The plot remains straight forward with some life-type challenges and the main protagonists -- May and Rex -- are individually appealing and make for a fine HEA --eventually. Fun reading all around for this sumptuous historical romance.
Read more
2 people found this helpful
Report abuse

S. Verdon
3.0 out of 5 stars Good Story
Reviewed in the United States on 20 December 2019
Verified Purchase
I found the characters likable and the story entertaining.
It was good but not great. It passed the time nicely.
Read more
One person found this helpful
Report abuse
See all reviews
Get FREE delivery with Amazon Prime
Prime members enjoy FREE Delivery and exclusive access to movies, TV shows, music, Kindle e-books, Twitch Prime, and more.
> Get Started
Back to top
Get to Know Us
Make Money with Us
Let Us Help You
And don't forget:
© 1996-2020, Amazon.com, Inc. or its affiliates