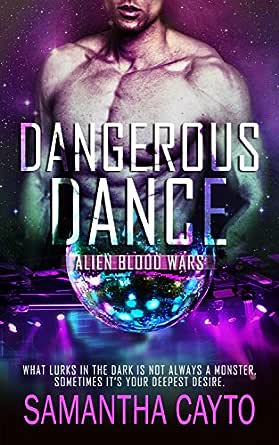 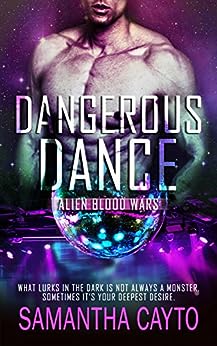 What lurks in the dark is not always a monster. Sometimes it’s your deepest desire.

Long ago, Val made the decision to stick by his captain against mutinous shipmates. He has spent a millennium on Earth protecting humans as a matter of honor. He also made the fatal mistake of falling in love with a human boy who died trying to birth Val’s son. He’s sworn to never open himself up to such pain and guilt again.

Mackie was forced to run away from his family to save himself from their homophobia and abuse. He learned to live by his wits and the sale of his body. He’s reinvented himself as a brat with a need to be dominated and tamed. He thought he’d found the perfect man in Val, only to discover he had given his heart to a vampire—one that pushed him away when an ancient, hidden war reignited.

As Val and his cohorts battle with their old crew members, he tries to keep Mackie at a distance from the danger and his heart. But Mackie will not be sidelined as either a soldier or a lover. He is waging a war of his own to win Val back.

The next chapter in the alien war is heating up. A deadly drug is flooding Boston, threatening to turn the city into a battleground. Val and the others need help, and one bratty twink might be the best weapon they have. He may also be the key to unlocking Val’s heart and giving him back the happiness he lost.

Finding out Val's history helped fill in some blanks about why he wanted to push Mackie away in the last book. It was sad what Val had to go through, but it's been 200+ years, and I think it's time for him to move on and see that Mackie is what he needs in his life.

And then to use another Linkin Park song... Numb... to again express Mackie's feelings in a later chapter. LOVE IT!

So... I really liked this book, and really like this series. Dracul has more up his sleeve for this war, and I know it won't be good for Alex, Val, and the gang. I'm eagerly waiting the next book!

Anne Shure
4.0 out of 5 stars Not as compelling as the first
10 June 2018 - Published on Amazon.com
Verified Purchase
I had a hard time getting into this second book. Perhaps it’s because I found Val to be too broody, with his self-flagellating internal monologues and his often rude treatment of Mackie. Or perhaps it was because I didn’t get a large enough dose of Alex and Quinn, who are adorable together. I liked how the war with Dracul played out in this book; I just wasn’t fond of the relationship drama. And I found Val to be an inconsistent Dom to Mackie’s sub. But things turned out in the end, so hopefully the next book will feature a less-annoying couple and more developments in the war between the alien enemies and their human allies.
Read more

JTorleif
5.0 out of 5 stars Great story!
8 June 2018 - Published on Amazon.com
Verified Purchase
I am loving this new series!

Val's insistence that he killed Robbie got old pretty quickly, and it was clear that even his brothers all were a bit tired of the martyr complex that he had developed. But it was a bit awesome that he was matched up with Mackie, because no one else would have been able to break through the walls Val had erected around his heart.

After all of this time, have there ever been defectors from one side to the other? Has no one been lured away by Dracul? Has no one realized that Dracul is crazy and has no intention for anyone but himself to gain power?
Read more

Terri
5.0 out of 5 stars Another Hit!
22 March 2019 - Published on Amazon.com
Verified Purchase
I just love Mackie so when he got his own story I couldn't help but love it. I loved him in the first book knew he would get his way with Val. For some reason I just can't picture Val with a mohawk though. Small details though. The bad guys are back bringing more grief to the guys.
Read more

Erica L Chilson
5.0 out of 5 stars 5 Guilty Pleasure Catnip Stars
17 July 2018 - Published on Amazon.com
I received a copy of this title to read and review for Wicked Reads

Samantha Cayto is my go-to guilty pleasure catnip. Dangerous Dance is the second installment in the Alien Blood Wars series but can easily be read as a standalone with little to no confusion. However, I do suggest starting at book one, Blood Dance, as it gives more world-building and background and relationship lead-in.

Mackie is a go-go dancer at the club the alien vampires uses as their headquarters of operation and home. There's a war on the horizon with Dracul, which built over the course of the previous book.

Val was Mackie's lover, dominant, and protector, but he's pushed the boy away the entire time, leaving emotional distance after hurting over the loss of his previous partner, who died during childbirth. This lends the yummy deliciousness known as push-pull, will they or won't they romance.

The world-building is just skirting the surface, with the relationship building more of the focus. Alien vampires, which also includes Mpreg (a bratty grown male is the only proof, as this aspect is mentioned but not shown).

Even though it's not my favorite to read, we do get POVs outside of the main couple, from Dracul and the detective.

I highly recommend to those looking for a quick and steamy, addictive fangy read, and can't wait to get my hands on whatever the author writes next.
Read more
Go to Amazon.com to see all 6 reviews 4.8 out of 5 stars
Get FREE delivery with Amazon Prime
Prime members enjoy FREE Delivery and exclusive access to movies, TV shows, music, Kindle e-books, Twitch Prime, and more.
> Get Started
Back to top
Get to Know Us
Make Money with Us
Let Us Help You
And don't forget:
© 1996-2020, Amazon.com, Inc. or its affiliates