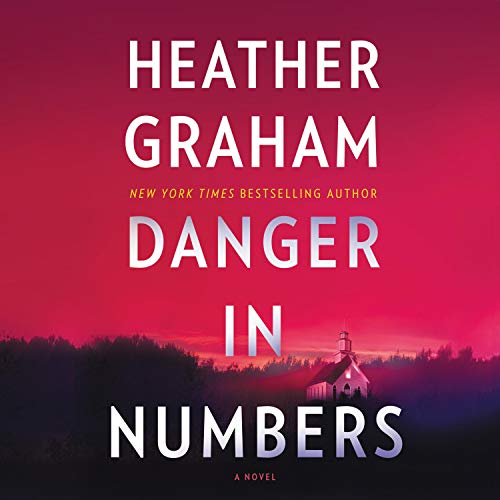 4.6 out of 5 stars
4.6 out of 5
917 global ratings
How are ratings calculated?
To calculate the overall star rating and percentage breakdown by star, we don’t use a simple average. Instead, our system considers things like how recent a review is and if the reviewer bought the item on Amazon. It also analyses reviews to verify trustworthiness.

Brutally Honest Reviews
TOP 100 REVIEWER
3.0 out of 5 stars Too much which didn't quite sit right
Reviewed in Australia on 23 March 2021
It’s hard to place the defining line between a mystery/thriller and a romantic suspense… and I don’t think that it’s just defined by whether there is a romance in it or not. For me, I think it’s about the body count, or maybe the explicitness of gruesome details, and I think this book falls on the wrong side of the line for what it’s trying to be. It’s a solid mystery thriller… but the romance feels grafted on. There’s more than enough here with the creepy apocalyptic cult, the trafficked young women, and the reveal that one of our main characters actually grew up in a cult, that when the two main characters suddenly start sleeping together it feels like a distraction.

I actually love romantic suspense, but the romance should be the main focus if that’s the category you’re putting the book in. Nothing even happens on the romance front until the second half of the book, at which point I wanted to smack both main characters upside the head and tell them to focus on their jobs, because lives were at stake.

There’s some fascinating stuff here about cults, with references to real-life ones like NXIVM, Manson and Jonestown built in to the fictional one (and Manson and Jonestown actually name-checked). I definitely bought into the fictional cult in the story taking over a small, poverty-stricked rural town with the promise of a better life for everyone, with the side effect of creating a lethal environment for anyone questioning or trying to stop the takeover. However, with a billionaire running it, one thing I did NOT buy was the assertion that he hadn’t purchased himself any ‘protection’ from tame law enforcement. Indeed, every LEO in the story is portrayed as morally incorruptible, and I think we all know that’s not true. With the kind of money the cult leader had - and having apparently skated on earlier, damning crimes - I fully expected the protagonists to suffer at least one betrayal by someone they trusted. That they didn’t definitely eroded my belief in the story’s credibility.

There were parts I liked about this - I actually really liked both the principal characters, as well as the cult story and the mystery - but the romance felt grafted on and there were other things which bothered me. An interesting read, but I found I closed the book feeling quite dissatisfied. I’ll give it three stars.

Disclaimer: I received a review copy of this title via NetGalley.
Read more
Helpful
Report abuse
See all reviews

Kindle Customer
5.0 out of 5 stars Cult hunting
Reviewed in the United Kingdom on 1 April 2021
Verified Purchase
Hunter and Amy get to the bottom of cult killings in Florida. Great reading, Heather Graham gets it right again. Recommend.
Read more
Report abuse

Purple Penguin
3.0 out of 5 stars A nice mystery
Reviewed in the United States on 25 April 2021
Verified Purchase
This is a nice mystery, and the cult angle is interesting. There's romance, too. The book wasn't bad, but it never really grabbed me. The characters were likeable enough, but I didn't feel particularly invested in them. I don't know why. I wish I'd checked it out from the library rather than buying it, since I doubt I'll ever read it again.
Read more
5 people found this helpful
Report abuse

FBI agent Hunter Frost joins Florida Law Enforcement in the investigation of what appears to be a ritualistic murder crime scene. Select chapters bring 1993 into evidence that this may be the reemergence of a cult.

I listened to the audio version which led to a bit of confusion on the two timelines. Once I realized it was two stories, or flashbacks, I restarted and listened closely for identifying differences with “Sam” being the key to the last. I thought the ending to the 1993 storyline was weirdly timed and presented like a happily-ever-after but it didn’t detract from the suspense of whole.

Gripping and gruesome, this book is fast paced and eerie. Can a dynamic individual really influence groups of people to commit murder in the name of faith? History shows it’s entirely possible and this story delves deep into rituals and a corrupt and selfish leader.
The romance in the story was minimalistic.
Read more
2 people found this helpful
Report abuse

Kindle Customer
3.0 out of 5 stars Not as good as her Krewe books
Reviewed in the United States on 25 April 2021
Verified Purchase
I have read all of Heather Graham's books for many years. I had a hard time getting into this book. It didn't have the zing that her other books have, such as the Cafferty & Quinn and the Krewe books. It seemed stilted at the beginning. Maybe a little rushed. Hopefully this is just an aberration and she just had an off day.
Read more
4 people found this helpful
Report abuse

meghan varner
4.0 out of 5 stars Krewe-esq goodness
Reviewed in the United States on 2 April 2021
Verified Purchase
This story has a great couple, fascinating backstory and plot and is full of suspense and a dash of romance. It was very similar to the Krewe stories except there were no ghosts or paranormal to it. There was a big reliance on history though which strengthened the backstory and plot.
Great writing and well paced. I enjoyed the story and the ending has me excited for the next book!
Read more
3 people found this helpful
Report abuse
See all reviews
Back to top
Get to Know Us
Make Money with Us
Let Us Help You
And don't forget:
© 1996-2021, Amazon.com, Inc. or its affiliates