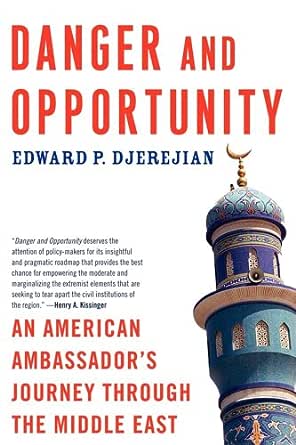 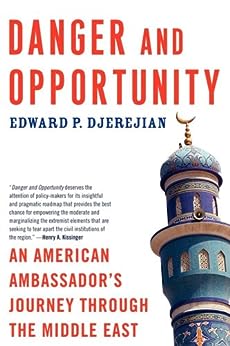 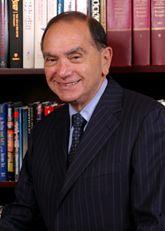 Danger and Opportunity: An American Ambassador's Journey Through the Middle East Kindle Edition

"Few people understand the Middle East as well, or have as much hands-on experience with it, as Ed Djerejian. He was my right-hand man for this region when I was Secretary of State and he played a key role in making the Madrid Peace Conference possible. The only American to ever serve as ambassador to both Syria and Israel, he expertly weaves those and other unique experiences with his vast knowledge and astute analysis of that critically important region of the world into this enlightening book. "Danger and Opportunity" is a must-read."-- James A. Baker III, 61st U.S. Secretary of State

When Edward P. Djerejian arrived in Beirut for his first Foreign Service assignment, the city was a thriving metropolis, a nexus for a diversity of religious beliefs, political ideas, and cultural practices. More than forty years since, the broader Middle East region is undergoing significant change in the face of a deep-rooted con-frontation between the forces of reaction and modernity in the rapidly growing Muslim populations. Serious deficits in education, political participation, economic progress, and human rights are exacerbated by unresolved conflicts in Iraq, Afghanistan, and Kashmir, and between Arabs and Israelis.

Djerejian, an American diplomat who served eight presidents, both Democratic and Republican, from John F. Kennedy to William Jefferson Clinton, publicly shares for the first time intimate details and colorful anecdotes of his service in the Middle East. During his tenure, he developed close professional relationships with many of the region's secular and religious leaders and was a key advisor to Washington's highest-ranking officials and political leaders. He was instrumental in formulating U.S. policy in the region, and participated actively in Arab-Israeli peace negotiations, the release of U.S. hostages in Lebanon, and the formation of the U.S.-led coalition against Saddam Hussein's invasion of Kuwait.

A leading expert on the Middle East, Djerejian asserts that Americans are confronted with one of the most important challenges of our time: the struggle of ideas between the forces of extremism and moderation in the Arab and Muslim world. Mistakenly assuming that radical political ideologies fell with communism at the end of the Cold War, policy makers are employing insufficient strategies to promote the important political, economic, commercial, cultural, and security interests that the United States -- and the rest of the world -- have in the region.

Djerejian explains what has gone wrong with U.S. policy and suggests a way forward for future admin-istrations. The United States must learn to deal with the complex religious, ethnic, and cultural factors at play in the Middle East. We must not impose our own political structure on the Arab and Muslim world, but we can help marginalize the radicals and champion a democratic way of life in conformity with the cultural context of the region's own mainstream values and ideals. In his captivating and illuminating book -- the only one of its kind to address the full scope of issues that U.S. leaders face in the Middle East -- Djerejian outlines specific coherent strategies necessary to respond effectively to the imminent danger and dynamic opportunity presented by the struggle within the Islamic world.
See all Product description
click to open popover

ABDUL BIN RIMDAP
4.0 out of 5 stars Four Stars
Reviewed in the United Kingdom on 19 February 2015
Verified Purchase
Interesting reading but yet to finish reading the book
Read more
Helpful
Sending feedback...
Thank you for your feedback.
Sorry, we failed to record your vote. Please try again
Report abuse

Veteran
5.0 out of 5 stars Ambassador Djerejian
Reviewed in the United States on 18 June 2013
Verified Purchase
Great insightful book written by someone wh was really there. Good going Ed. Continued good fortune to you. Your expertise on the mid east should have the White House calling you daily for advice.
Read more
Helpful
Sending feedback...
Thank you for your feedback.
Sorry, we failed to record your vote. Please try again
Report abuse