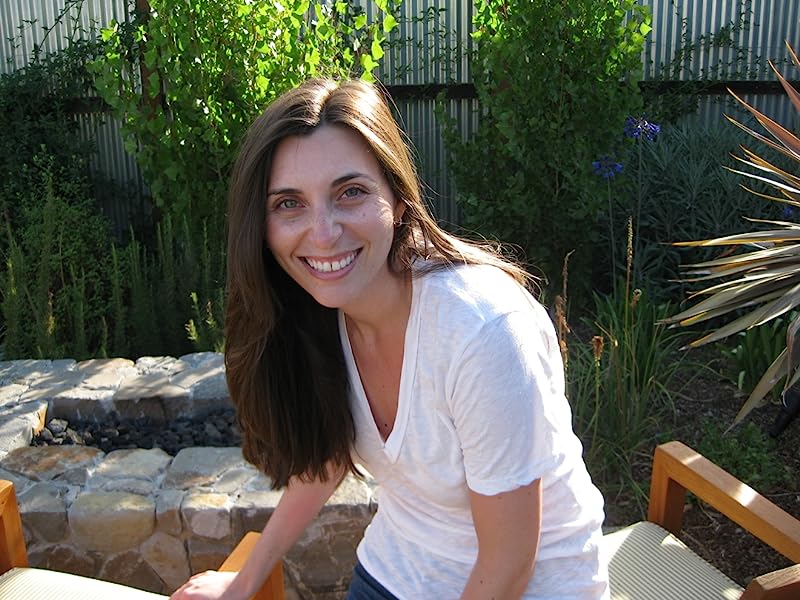 Danger to Herself and Others Paperback – 1 January 2020

by Alyssa Sheinmel (Author)
4.5 out of 5 stars 169 ratings
See all formats and editions
Sorry, there was a problem loading this page. Try again.

Page 1 of 1 Start overPage 1 of 1
Previous page
Next page
Start reading A Danger to Herself and Others: From the author of Faceless on your Kindle in under a minute.

Alyssa Sheinmel is the bestselling author of several novels for young adults including A Danger to Herself and Others and Faceless. Alyssa currently lives and writes in New York. Follow Alyssa on Instagram and Twitter @AlyssaSheinmel or visit her online at alyssasheinmel.com.

4.5 out of 5 stars
4.5 out of 5
169 global ratings
How are ratings calculated?
To calculate the overall star rating and percentage breakdown by star, we don’t use a simple average. Instead, our system considers things like how recent a review is and if the reviewer bought the item on Amazon. It also analyses reviews to verify trustworthiness.

hana
3.0 out of 5 stars An interesting, shocking story about mental illness
Reviewed in Australia on 8 April 2019
A thrilling novel reminiscent of The Unbecoming of Mara Dyer, We Were Liars, and Every Last Word. A Danger to Herself and Others follows Hannah, a girl involuntarily kept in a mental institution.

During a game of Truth or Dare, Hannah’s best friend and roommate, Agnes, falls from the second-floor window of a building and Hannah is held responsible. However, she doesn’t remember the incident occurring and maintains that she doesn’t belong in the institution and waits for her parents – and their lawyers – to help her escape. Through her ingenuity and cunningness, Hannah uses her new roommate, Lucy, to convince the workers of the institution that she shouldn’t be held there with the others. A Danger to Herself and Others is a thrilling, puzzling story that will always have you questioning the motives and beliefs of the main character.

The beginning of this novel suffers from an extreme case of explaining instead of showing. We’re oriented into the story by Hannah, where her descriptions seem almost like diary entries as she explains how she’s come into this situation. It’s a very tedious start to the story, but the rest doesn’t exactly get better. The rest of the plot is just as slow; we follow Hannah in her routine at the institution with occasional kinks. Most of the book is set in the room in which Hannah is isolated from others (until the arrival of her new roommate). Therefore, we’re stuck in the head of an unreliable narrator in seclusion from the remainder of society.

Hannah was an interesting main character to follow. If I could define her in one word it would be: pretentious. I definitely wasn’t a fan of her, but her personal narrative tries so hard to make you sympathise with her. She’s always informing the audience that she’s better than everyone else because she doesn’t belong in the institution or because she reads classics instead of romance books. It’s difficult to tell whether this was intentional to reinforce that she’s an unlikeable character or if it’s the actual opinion of the author. Hannah is also incessantly reminding us that she’s intelligent and smart. Except, she saw no issue in flirting with her best friend’s boyfriend and going as far as hooking up with him. Furthermore, Hannah is a rich, only child that has travelled the world already and gets everything she wants which made her an unrelatable main character. There’s nothing wrong with rich characters, I just felt that this made her even more difficult to connect with. However, I definitely did sympathise with her situation and her parents.

Something I’m sure will be a deal breaker for others: this novel has no romance. There are some instances where you hear about Hannah’s love life prior to being institutionalised, the majority of the story focuses on her journey to a diagnosis. Normally I would mind the lack of romance, but I found it tolerable with Hannah and Lucy’s friendship, while I think it was important to have the subject of mental illness at the forefront. Also, this means that there was no “love cures all” trope, which is unfortunately prevalent in the Young Adult mental illness contemporary trend.

I personally had a problem with some of the portrayals of mental illness. I have no idea what the experiences of the author are, but it seems like a new trend to use mental illness as a plot twist. I can’t fully explain this statement to you without spoiling a majority of the book. What I’ll say is: when we say that we want more representation, we mean through characters that are the heroes of their own stories and not just for shock value. Additionally, there were some statements thrown around about eating disorders that made me uncomfortable. I’m unaware if the author thoroughly researched mental institutions or illnesses prior to writing this book, but a lot of the statements felt like they came from a place of ignorance. Therefore, we would have benefitted from an author’s note explaining these choices at the beginning to inform the audience of their purpose, otherwise, it comes across as problematic. I also think there could be trigger and content warnings made available because some of the events in this book could cause harm to the audience. Conversely, I did appreciate the author’s note at the end where it was made clear that some of the content about Hannah’s mental illness was inaccurate and were unrealistic for the narrative. This is something I think other authors should be doing.

All in all, I thought this was an important novel, though I want to wait for reviews from #ownvoices reviewers to determine if it was well-researched and respectful of the mental illness. Apart from this representation, I thought it was a powerful story with an interesting, unreliable narrator. Even if I found Hannah irritating and pretentious at times, I connected with her journey and definitely related to her at times. I’d recommend this to you if you liked any of the books at the beginning of this review.
Read more
Helpful
Report abuse
See all reviews

Caitlin Owen
5.0 out of 5 stars Gripping!
Reviewed in the United Kingdom on 17 February 2021
Verified Purchase
Sooooo gripping and extremely great twist at the end!!!! Anyone should read, maybe 16+
Read more
Report abuse

Vanya Vatsal
5.0 out of 5 stars One crazy ride
Reviewed in India on 13 May 2021
Verified Purchase
This book keeps you guessing till the end, so many twists and turns..
Read more
Report abuse

val403
5.0 out of 5 stars A good read
Reviewed in Canada on 13 March 2021
Verified Purchase
Bought this book for my daughter (17) She enjoyed the read. Thumbs up. Delivery was fast
Read more
Report abuse
See all reviews
Back to top
Get to Know Us
Make Money with Us
Let Us Help You
And don't forget:
© 1996-2021, Amazon.com, Inc. or its affiliates