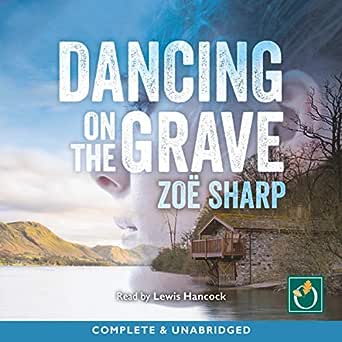 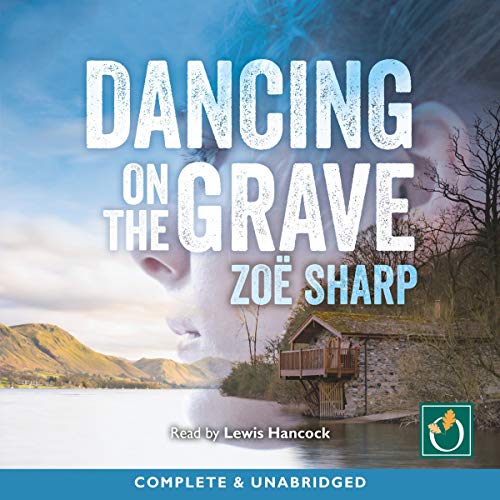 Dancing on the Grave

Lynn Kennedy
5.0 out of 5 stars Sharp’s done it again!
Reviewed in Australia on 26 November 2018
Verified Purchase
I’ve read a number of Zoe Sharpe’s books and they just keep getting better. All her books are excellently researched and so well written - one of my top five authors.
Read more
Helpful
Report abuse

Heather sedgmen
5.0 out of 5 stars Another brillant story from Zoe Sharp
Reviewed in Australia on 6 September 2018
Verified Purchase
Love everything that I've read from Zoe Sharp and this book doesn't disappoint. Hopefully it's the first in a new series.
Read more
Helpful
Report abuse
See all reviews

Spicewalker
5.0 out of 5 stars Fast action and top characters - brilliant stuff
Reviewed in the United Kingdom on 30 July 2018
Verified Purchase
Now I love me a good action thriller and if there is one thing that Zoe Sharp knows how to do (and trust me there are actually many), it is how to write a bloody good action thriller. Her Charlie Fox series is fabulous and her sense of pace, energy, tension and plain old fashioned, top-notch story telling is superb. Dancing on the Grave  is absolutely no exception.

Now if you are of a sensitive nature and don't like crimes against animals then this may not be the book for you as it starts in a rather gruesome way. Gruesome yes, but also essential as it sets us up for everything that is to come. It is a very clever and very effective opening giving us a hint as to what is about to happen but also leaving some ambiguity over who the sniper's target may be and leaving us completely clueless over what their motives are too. But the ending of that opening chapter ... well I certainly wasn't expecting that. Massive curve ball. Loved it.

It's a tough review to write as I don't want to delve much into story. You need to go on this journey for yourselves. The action is fast paced, the story moving between target and between characters as needed, and, as always, the tension that Zoe Sharp produces on the pages is spot on. Those moments of eerie silence echoing the laser sharp precision of the sniper's aim, the calming of their heartbeat just as we see an escalation of our own. It had me gripped from the start, desperate to know more and to find out who what why where and when.

The plotting is excellent, slowly feeding the reader just enough to capture their imagination, and the story line is a touch tragic, strangely believable and perhaps, on some level (although minus the murderous tendencies) one to which a few of us may relate. PTSD, in all its forms, is captured in these pages and the way in which characters choose to deal with it are varied but so very, very real. The setting of the Lakes and Cumbria almost makes the story more chilling. It is not impossible for this kind of story to take place in such an idyllic landscape, sadly this kind of case is all too chillingly real and referenced several times in the book itself. It makes what happens all the more powerful and really heightens the back story as a result.

Now the characters are something I can write freely about. I really liked the two central protagonists of Nick Weston and Grace McColl. They are very different, Nick almost slick at times, Grace more matter of fact and controlled. They are from two very different worlds, Nick a former undercover officer and Grace a newly qualified CSI. They rub each other up the wrong way from the off, or to be more precise Nick rubs Grace up the wrong way, and perhaps they shouldn't work as a pair but something about them absolutely does. Grace was a fascinating character and one I really warmed to quickly. Analytical in approach, she has a keen eye and a determined nature I know folk will love. Nick - well despite me thinking he was a bit of a prat initially, I found myself warming to him too. The more I learned about him, the more I understood and as an outsider to the station, I couldn't help feeling for him at times.

The other characters were well rounded and varied. We are talking everything from MEP's wives through to Army Generals here. They all felt real. Authentic. Arrogant. There was Nick's old boss, Mercer, a man I loathed from the off, his connections to the case quite surprising; Special Constable Jim Airey, a man who can safely be described as a tool and, more importantly, his daughter Edith and 'The Sniper'. I'm not sure it makes perfect sense but the latter two were characters who I had both a dislike of but also sympathy for, both driven into a situation which could have been avoided, one of them perhaps more willing and chillingly deluded than the other. The twisting relationships which happen throughout this book will make you sit up and take note, make you think long and hard about  the rights and the wrongs of what happens, and make you realise nothing is ever as simple as it seems.

I know this is billed as a standalone crime thriller but I for one hope that this is a bare faced lie. I loved the pairing of Nick Weston and Grace McColl. I think it's a team that has legs. Maybe let us see how far it can walk ...?

Niki Mackay
5.0 out of 5 stars A brilliant, insightful page-turner - grab this for your hols!
Reviewed in the United Kingdom on 5 August 2018
Verified Purchase
This story, interestingly, starts with an animal death rather than a human one. A local VIP’s dog no less and this unusual crime is a catalyst straight into the action.
We meet Grace, a diligent CSI collecting evidence, then Detective Nick Weston. They realise early on that the weapon used ought not to have been available and both are determined to get to the bottom of it. A jagged tale of secrets and suspicion builds from this point.
They are hindered by the powers that be but start to get taken more seriously when someone starts shooting and killing people, and it becomes apparent that the killer is a highly trained sniper.
‘Dancing on the Grave’ is a pacey, well-plotted crime novel with all the twists and red-herrings you would expect from the genre. It has an almost old-fashioned feel to it, and yet everything has a contemporary spin. I think this is achieved not just by the very current issue of shooter crimes, but also by Sharp’s obvious insight into human psychology and her exploration of themes such as PTSD, loneliness, neglect, and eating disorders.
I read books largely for their characters and this is what kept me turning the pages with this one (I read it in one night) and also what puts it a cut above your usual. I loved Nick and Grace but the heartbeat of the story for me was Edith. A teenage girl suffering various mental torture and a lack of kindness form those around her. She was sensitively written and fully rounded. You find yourself at times rooting for her and at others wanting to tell her off.
I have long been a fan of the Charlie Fox series, and this shares similarities in that you get the excellent, clean, uncluttered prose you expect from Sharp, but it’s also a different kind of book. A fresh take on the police procedural with a lot of keen observations.
Dancing on the grave is being billed as a stand-alone but actually, I’m hoping that Sharp may consider making a series from it. Nick Weston and Grace McColl are immediately relatable characters and Sharp writes a lovely, sometimes fun, sometimes frustrating interplay between them which I would love to see expanded in more books.
I hugely recommend this. If your off on your holidays it’s the perfect, action-packed page-turner.
Read more
2 people found this helpful
Report abuse

David Beckler
4.0 out of 5 stars Two new characters I’m keen to spend more time with.
Reviewed in the United Kingdom on 5 August 2018
Verified Purchase
The action takes place in Cumbria and the Lake District, a part of the country the author is obviously familiar with and the landscape is almost a character in its own right.
Grace McColl and Nick Weston are at the centre of this action packed novel. Both are good characters although Grace is the more engaging. She is an inexperienced CSI who has to prove herself to more experienced colleagues. Despite her obvious competence, courage and clear thinking she sometimes finds it an uphill task.
Nick is an outsider who is trying to put his career back on track after a traumatic experience while working undercover in The Met. As a Detective Constable he has little control over the investigations he is assigned and his first encounter with Grace is at an incident he believes beneath him. The fact she appears to be a better detective than him doesn’t help.
She sees an angry young man hiding something in his past. Despite the inauspicious start their working relationship improves and they develop a grudging respect for each other.
The story moves at a cracking pace and the two main characters are supported by an impressive cast all of whom felt fleshed out.
Altogether a very enjoyable read and I’ll be looking out for the next in the series. Highly recommended.
Read more
Report abuse

S. Ivory
5.0 out of 5 stars Really good read
Reviewed in the United Kingdom on 27 June 2020
Verified Purchase
This is the first book I have read by this author and was drawn because of the location as much as anything. What a really well written book full of twists and turns and a first for me regarding one of the characters. I have already downloaded the second and I think this rainy saturday afternoon may be spent with it.
My only criticism is that who looks after the dog when she is gone for hours on end??
Read more
One person found this helpful
Report abuse

Lionel S.
5.0 out of 5 stars Very good read
Reviewed in the United Kingdom on 16 November 2020
Verified Purchase
Loved this story bit different from normal Zoe Sharp that I read about Charlie Fox but boy I enjoyed it
Zoe makes her characters seem like normal people instead of the ooh look at me firing a gun and riding a motorbike blindfold like some writers
If you have not read Zoe’s books I advise you to give them a try Don't think you will be disappointed
Read more
Report abuse
See all reviews
Get FREE delivery with Amazon Prime
Prime members enjoy FREE Delivery and exclusive access to movies, TV shows, music, Kindle e-books, Twitch Prime, and more.
> Get Started
Back to top
Get to Know Us
Make Money with Us
Let Us Help You
And don't forget:
© 1996-2020, Amazon.com, Inc. or its affiliates