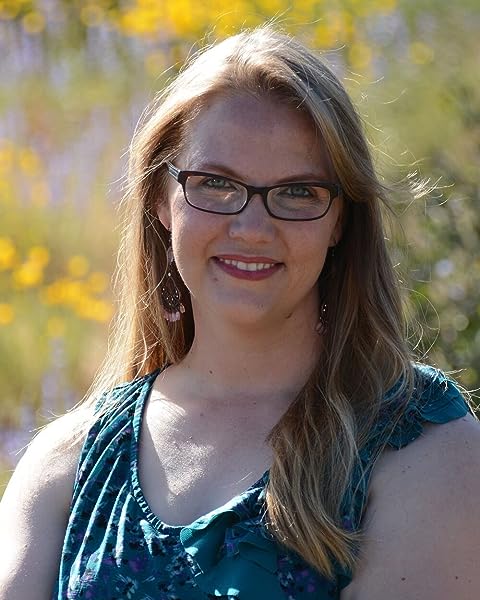 by Deibel (Author)
4.4 out of 5 stars 121 ratings
See all formats and editions
Sorry, there was a problem loading this page. Try again.

To fulfill her mother's dying wish, Moira Doherty moves from Boston to the rolling green hills of 1921 Ireland to teach in a village school. She doesn't expect to fall in love--or to uncover a scandalous family reputation her mother left behind years ago.
Read more
Previous page
Next page

"Jennifer Deibel's debut is rich in atmosphere, family mystery, and sweet romance. A gem!"--Julie Klassen, author of The Bridge to Belle Island


All her life, Boston-born Moira Doherty has relished her mother's descriptions of the Emerald Isle. When her mother dies unexpectedly in the summer of 1920, Moira is compelled to fulfill her dying wish--that she become the teacher in Ballymann, the beloved village in Donegal, Ireland, she's heard so much about.

After an arduous voyage, Moira begins a challenging new job in an unfamiliar and ancient country. Though a few locals offer a warm welcome, others are distanced by superstition and suspicion. Rumors about Moira's mother are unspoken in her presence but threaten to derail everything she's journeyed to Ballymann to do. Moira must rely on the kindness of a handful of friends--and the strength of Sean, an unsettlingly handsome thatcher who keeps popping up unannounced--as she seeks to navigate a life she'd never dreamed of . . . but perhaps was meant to live.


"With an authenticity born of having lived in Ireland herself, the author deftly paints a lush landscape, colorful customs, and memorable characters with personal journeys of their own. This impressive debut marks Jennifer Deibel as an author to watch."--Jocelyn Green, Christy Award-winning author of Veiled in Smoke

"Fans of Catherine Marshall's Christy will want to clear room on their favorites shelf because this one's earned a place alongside!"--Kristy Cambron, bestselling author of The Paris Dressmaker and The Butterfly and the Violin


Jennifer Deibel is a middle school teacher whose work has appeared on (in)courage, on The Better Mom, in Missions Mosaic magazine, and other publications. With firsthand immersive experience abroad, Jennifer writes stories that help redefine home through the lens of culture, history, and family. After nearly a decade of living in Ireland and Austria, she now lives in Arizona with her husband and their three children. You can find her online at www.jenniferdeibel.com.

Jennifer Deibel is the author of A Dance in Donegal. Her work has appeared on (in)courage, on The Better Mom, in Missions Mosaic magazine, and in other publications. With firsthand immersive experience abroad, Jennifer writes stories that help redefine home through the lens of culture, history, and family. After nearly a decade of living in Ireland and Austria, she now lives in Arizona with her husband and their three children. You can find her online at www.jenniferdeibel.com.
Start reading A Dance in Donegal on your Kindle in under a minute.

Jennifer Deibel is a middle school teacher and freelance writer. Her work has appeared on (in)courage, on The Better Mom, in Missions Mosaic Magazine, and others. With firsthand immersive experience abroad, Jennifer writes stories that help redefine home through the lens of culture, history, and family. After nearly a decade of living in Ireland and Austria, she now lives in Arizona.

4.4 out of 5 stars
4.4 out of 5
121 global ratings
How are ratings calculated?
To calculate the overall star rating and percentage breakdown by star, we don’t use a simple average. Instead, our system considers things like how recent a review is and if the reviewer bought the item on Amazon. It also analyses reviews to verify trustworthiness.

The Bluestocking
4.0 out of 5 stars The Most Beautiful Ending
Reviewed in Australia on 1 February 2021
A Dance in Donegal was absolutely delightful! The fresh new storyline was like a breath of country air after being in the city too long. This story will make you fall in love with and yearn for the green hills of Ireland. I could not predict all the different turns this book took and to me that is a sign of a well written story. In a world with so many stories full of bold, confident men, it was refreshing to read about Sean, so quiet and dependable. I loved Moira’s adventurous spirit and how she so readily embraced her new home and family. This book seriously had one of the most beautifully perfect endings ever!
Read more
Helpful
Report abuse
See all reviews

Amazon Customer
4.0 out of 5 stars Sweet
Reviewed in Canada on 3 May 2022
Verified Purchase
Lovely Christian historical romance! Well written, with themes of forgiveness, trust and redemption woven throughout the story. Lots of scripture references included in a natural flow, without being awkward or preachy.
Read more
Report abuse

Stephanie McCall
3.0 out of 5 stars Stumbles More Than it Dances
Reviewed in the United States on 12 February 2021
Verified Purchase
I wanted to love A Dance in Donegal, and I did love some parts. The descriptions of Ireland, for instance, were nuanced and three-dimensional, down to the weather, the thatched roofs, and the smells and tastes of a classic full Irish breakfast. I felt like I was there. As other reviewers have said, the looks at Irish culture, especially the Gaelic language, helped a lot, too.

I found the idea of Mrs. Doherty's secrets intriguing, especially when coupled with the nasty "treats" Moira received and the apparent attempts to sabotage not only her new career, but her presence in Ballyman. I wanted Moira to find the truth because I was intrigued, and I rooted against her adversary because I felt protective of Moira's love for, and presence in, Ireland. That, coupled with the above descriptions and some secondary characters like Brid and Buach, gave A Dance in Donegal some good bone structure.

Unfortunately, that bone structure starts to fall apart not long into the story. For one thing, the chapters are too short and too quick. Not even 30% of the way in, there have already been over 15 chapters--and very little happened in them. That is, events did happen, but they were summed up or glossed over, so the pace felt simultaneously too quick and too slow.

Plus, because Moira hops from event to event, we never see her settle in and do anything or grow as a character. The biggest and most off-putting example, for me, is that the story is supposed to be about Moira becoming a teacher at an Irish schoolhouse, an unfamiliar environment. As another reviewer said, I kind of expected an Irish version of Christy. Instead, we rarely see Moira teach, and most of the interactions with her students that get significant page time are negative. And, this is a nit-pick, but--could readers please have a pronunciation guide? I muddled through because I'm somewhat familiar with Irish names, but not that familiar. I can only imagine other readers would be lost.

In addition, most everything else, plot, character, and otherwise, is told, not shown. Jennifer also repeats information. It reached the point that I started to believe I was supposed to root for Sean and Moira's chemistry because they found each other annoying or hateful, but were attracted to each other's eyes. I recognize Jennifer was trying for the enemies to lovers trope, and I respect the effort. However, I found no reason for Moira and Sean to feel adversarial with each other, nor did I get any of the banter and spark I expect from this trope.

I'm extremely disappointed that I couldn't love this book. However, as it is Jennifer Deibel's debut, I'll keep my eye on her. I've found sometimes, debuts are hard but subsequent releases improve by leaps and bounds. I certainly hope that's the case here.
Read more
12 people found this helpful
Report abuse

P. Lawrence
5.0 out of 5 stars I couldn’t put it down!
Reviewed in the United States on 2 February 2021
Verified Purchase
In just a little over 300 pages, Jennifer Deibel has succeeded in pulling me deeply into the lives of the people of Ballymann, and I want to know more...

...More about Moira, the strong yet vulnerable adventurer whose reliance on God, faith, forgiveness, and willingness to learn left me wondering about her earlier years in Boston and what is next in store for her in Ireland.

...More about the people Moira met here: more of Peg and Colm’s love story; how Sean and Declan became such opposites after growing up in the same place and time; and more of the children at Moira’s school.

The exploration of cultures, superstitions, and unapologetic sharing of faith in God regardless of background inspire me to be mindful of my own approach to situations whether joyful or painful.

I found the reading pace to be comfortable, with descriptions of people, the land and sea, and village life being sufficient to paint pictures in my mind without getting bogged down in the details.

Special kudos to Hannah, artist and the daughter of the author, for the map which is so helpful in imagining the physical layout and distances among sites in and around the village. Thank you for sharing this precious gift.

I received a free advance copy of this book as a member of the launch team, and purchased a copy to share as well. This is my honest review, and I eagerly await the next of what I believe will be many more inspiring novels from Jennifer Deibel.
Read more
3 people found this helpful
Report abuse

Debra LaCrosse
5.0 out of 5 stars Great Story
Reviewed in the United States on 13 March 2021
Verified Purchase
What a great story. I really enjoyed this book.

It's the story of a young woman who recently graduated and was ready to start her first teaching job in Boston. Then her mother dies.

Her mother lived in Ireland before moving to America and she wanted Moira to start her teaching career in Ballymann, Ireland, a small village where her mother was living before some scandal broke out. She would like Moira to clear her name. But Moira has no clue as to what her mother is talking about. Should Moira move to Ireland after her mother dies?

After much praying and having "dreams" Moira decides to take the teaching job in Ballymann.

The story moves along quickly and village life is not so easy for a girl from Boston in the early 1900's. She meets a few welcoming people but being a small village she is also met with many who remember and believe the scandal.

God plays a big role in this book. Ireland sounds beautiful, many superstitions, the Irish Gaelic language is spoken, romance blooms, hurt comes from gossip, the scandal is finally put to rest and this was a really good story!
Read more
One person found this helpful
Report abuse
See all reviews