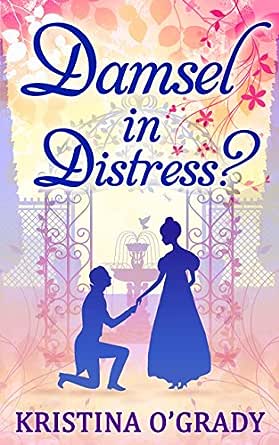 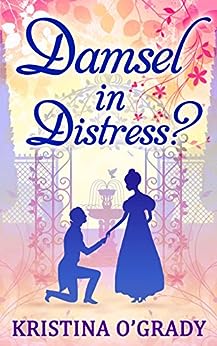 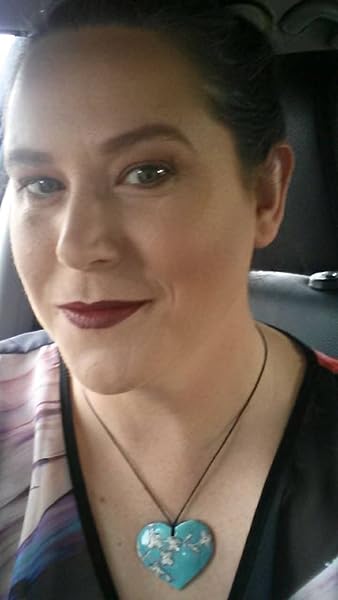 KRISTINA O’GRADY has always loved telling a good story. She took up writing at a young age and spent many hours – when she should have been doing her math homework – scribbling romance stories in a book she hid in her sock drawer.
She grew up on a cattle ranch in Western Canada and loves reminiscing by writing about cowboys and their horses.
In 2000 Kristina met her own knight in shining armour/cowboy who swept her off her feet and across the world to New Zealand, where she now lives on a sheep and beef farm with her amazingly supportive husband, three gorgeous young kids, seven working dogs and one very needy cat.

--This text refers to an out of print or unavailable edition of this title.
click to open popover

This story begins in Regency London, apparently a year or two after the arrival of Grace Lancaster, the heroine of the previous book, in that era as the clocks were striking midnight to usher in the new year 1814.

The novel starts as Harriet, the heroine, is riding through high park on a mission for "The King" who is personally counting on her to deliver secret information and hotly pursued by his enemies.

(The reader may think at this point "which King?" - the reason that this era was called the Regency is that the Prince of Wales was acting as Regent because King George III of Great Britain was not of sound mind, and hence not in a position to count on anyone to deliver anything. The bad guys refer to Harriet as "The Princess" which does not make much sense at first either.)

Philip Blade, Baron Eaglestone, who is one of the closest friends of the hero of the first book (Lord Bingham) is making his way home through Hyde park in the very early morning when he sees a group of people on horseback riding dangerously fast through the park. He realises that in fact three men are chasing a lady just as one of them draws a firearm and shoots her horse, sending both crashing to the ground.

Fearing that the men are about to murder her, Philip attempts to intervene: not wanting a confrontation, the men make themselves scarce leaving behind a dead horse and a badly concussed woman.

When she eventually regains consciousness, Harriet cannot remember her last name, who she is, or what she was doing in London. And some of the fragments of memory she does have do not seem appropriate to this place and time - why would it be normal for a room to be illuminated by a "light bulb" hanging from the ceiling rather than candles?

Meanwhile the bad guys who attacked Harriet in Hyde Park have not gone away. And her presence in Lord Eaglesfield's home, where he took her to recover from her injuries, is beginning to cause a risk of scandal ...

This is an entertaining, well-written and funny novel. The author has included some very strong hints about what lies in the future of certain characters which make me almost certain she is planning to make the series at least a trilogy. If you like "Damsel in distress" you will probably like the first book in the series, "Debutantes don't date" and vice versa.

Cam
1.0 out of 5 stars Don't buy this book
Reviewed in Canada on 3 July 2015
Verified Purchase
This book was just plain awful. Especially the ending.
Read more
Helpful
Sending feedback...
Thank you for your feedback.
Sorry, we failed to record your vote. Please try again
Report abuse

Ginny Stokes-Young
5.0 out of 5 stars Suspenseful time travel novel
Reviewed in the United States on 7 June 2015
Verified Purchase
Harriet has papers to deliver, but she can't find the man she is supposed to deliver them to. She has traveled through time to do it! She is trying to avoid 3 men chasing her on horseback when one shoots her horse and tries to find the papers.

Baron Eaglestone has spent a night in his former mistress's bed, to his disgust. He sneaks out of her home and, as he is walking across the Park, he heard the chase and the shot, so he tries to help Harriet. He prevents them from killing her or finding the papers, but she is badly injured, so he carries her home.

Harriet and Philip are thrown together, but the men aren't giving up so easily on trying to get the papers. A suspenseful, fun read!
Read more
One person found this helpful
Helpful
Sending feedback...
Thank you for your feedback.
Sorry, we failed to record your vote. Please try again
Report abuse

Fran
5.0 out of 5 stars VERY GOOD BOOK
Reviewed in the United States on 13 January 2015
Verified Purchase
I like time travel stories and this was so good I read the 1st one also and couldn't wait to read this. I contacted the author to find out when bk3 is coming out. Some characters in bk1 are in 2 but you really need to read them in order. I couldn't put it down, I like to read time travel in between heavier books. If your like me and your taste is varied you'll love this series
Read more
One person found this helpful
Helpful
Sending feedback...
Thank you for your feedback.
Sorry, we failed to record your vote. Please try again
Report abuse

AnOSUgal77
3.0 out of 5 stars Good read
Reviewed in the United States on 14 October 2014
Verified Purchase
I hate to only give it 3 stars because I enjoyed most of the book. However, the ending ruined it for me. I really like her writing style and the story was intriguing. The ending just fell flat for me. That being said, I would definitely read more books by this author. I have read one other book by her that is in this series and it was great.
Read more
One person found this helpful
Helpful
Sending feedback...
Thank you for your feedback.
Sorry, we failed to record your vote. Please try again
Report abuse
Load more international reviews

Gillian Kearney
5.0 out of 5 stars wonderful book to loose yourself in.
Reviewed in the United States on 29 March 2015
Verified Purchase
Great read I recommend this book to everyone!!!! This Author Is fast becoming one of my favorite authored. Will be looking out for more of this Authors work
Read more
One person found this helpful
Helpful
Sending feedback...
Thank you for your feedback.
Sorry, we failed to record your vote. Please try again
Report abuse

Erin
5.0 out of 5 stars I need more!!
Reviewed in the United States on 30 December 2014
Verified Purchase
Could not put it down! Love everything about how this book captured me right from the beginning leaving me wanting more! Characters are on point and love how this is a casual yet gripping as well. Can't wait to see whats up next from this amazing author!
Read more
One person found this helpful
Helpful
Sending feedback...
Thank you for your feedback.
Sorry, we failed to record your vote. Please try again
Report abuse

Angela
4.0 out of 5 stars Another Goody
Reviewed in the United States on 10 June 2015
Verified Purchase
Another delightful story. For me it was helpful having read 'Debutantes Don't Date'. A lovely easy book to read. I recommend this book.
Read more
One person found this helpful
Helpful
Sending feedback...
Thank you for your feedback.
Sorry, we failed to record your vote. Please try again
Report abuse

Lisa
5.0 out of 5 stars I really enjoyed this book
Reviewed in the United States on 9 December 2014
Verified Purchase
I really enjoyed this book, couldn't put it down!
I am loving this Author. I have read her first book 'Debutants don't date' also and can't wait for the next book.
Read more
One person found this helpful
Helpful
Sending feedback...
Thank you for your feedback.
Sorry, we failed to record your vote. Please try again
Report abuse