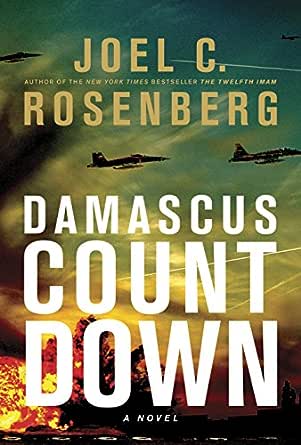 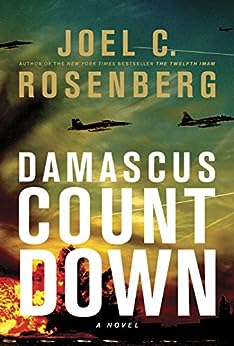 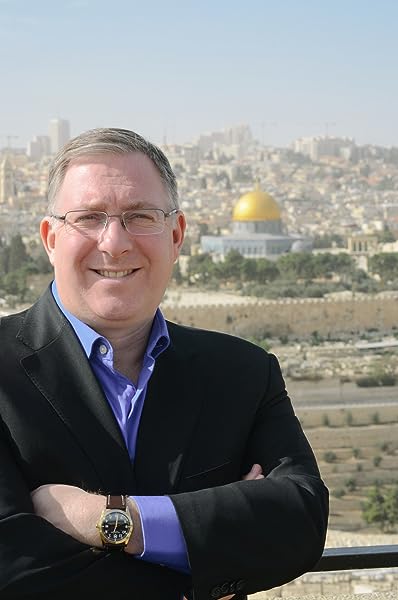 Joel C. Rosenberg is a New York Times bestselling author with more than 2.5 million copies sold among his seven novels (The Last Jihad, The Last Days, The Ezekiel Option, The Copper Scroll, Dead Heat, The Twelfth Imam, and The Tehran Initiative), four nonfiction books (Epicenter, Inside the Revolution, Implosion, and The Invested Life), and digital short (Israel at War). A communications strategist based in Washington, D.C., he has worked with some of the world's most influential and provocative leaders, including Steve Forbes, Rush Limbaugh, Natan Sharansky, and Benjamin Netanyahu. Once a political columnist for World magazine, he now writes commentaries for National Review as well as a weekly e-mail update known as "Flash Traffic" for business and political leaders. A front-page Sunday New York Times profile called him a "force in the capital." He has also been profiled by the Washington Times and the Jerusalem Post and has been interviewed on ABC's Nightline, CNN Headline News, FOX News Channel, The History Channel, MSNBC, The Rush Limbaugh Show, and The Sean Hannity Show. --This text refers to the audioCD edition.

4.6 out of 5 stars
4.6 out of 5
1,898 global ratings
How are ratings calculated?
To calculate the overall star rating and percentage breakdown by star, we don’t use a simple average. Instead, our system considers things like how recent a review is and if the reviewer bought the item on Amazon. It also analyses reviews to verify trustworthiness.

Avid Reader
5.0 out of 5 stars Action, God and prophecy....
Reviewed in Australia on 18 October 2016
I picked this book up at the school fete.
I didn't know it was the 3rd in a series until after I had finished it...and that is how good the book is that there are no loose ends - it reads as a stand alone.
It is well written, obviously before the implosion of Syria, but that doesn't detract.
A Christian end times book with a Christian message at its heart. I recommend the read...but start with the first book!!!
Then you will have 3 times the enjoyment!

Radiojock
5.0 out of 5 stars Incredible
Reviewed in the United Kingdom on 2 April 2013
Verified Purchase
Damascus Countdown is the third in a series of books concerning the trauma of things that could happen in the middle east. From The Twelfth Imam, to the second book: The Tehran Initiative, and finally, this book, we follow David Shirazi and a huge list of others into a frightening story that Joel C. Rosenburg brings to our attention. In this last story, Damascus is flattened by nuclear missiles. Before that, there are other devastating scenes of fire fights and the disarming of yet another nuke missile. After all that, it's shocking to read the good news at the end. But this is mainly a story which is being looked into with terrifying clarity. Many have tried to imagine what will really happen to Damascus. Reading this version is enough to give anyone chills.

Rosenburg is often told his books look too real for comfort. This is very engaging. Christian readers will be prompted to pray, often.

This is an astonishingly good, but scary read.
Read more
One person found this helpful
Report abuse

LMackwell.
5.0 out of 5 stars action packed credible prophetic & thought provoking.
Reviewed in the United Kingdom on 25 June 2015
Verified Purchase
I read this book and was delighted to find a contemporary novel, well written, incorporating biblical prophesy alongside a loving and respectful attitude to both Jews and Muslims. The storyline is credible , ongoing trouble in the middle east, what happens once more countries have nuclear arms, is the bible still relevant? How important is Isis ? The story is gr ipping and although I managed to read it out of order, it still impacted me as one of the best action, thought provoking reads relevant to the present political/spiritual climate.
Read more
One person found this helpful
Report abuse

ANNE
5.0 out of 5 stars Brilliant, thank you Mr J Rosenberg
Reviewed in the United Kingdom on 6 December 2013
Verified Purchase
As much as I enjoyed the biblical references and background, the action and suspense, I'm so glad that your characters were so well expressed too. Through out all the plots and suspense each character was easy to feel and identify with, for me this grounds the whole thing and makes it believable to enter into.
Read more
One person found this helpful
Report abuse

alan jackson
4.0 out of 5 stars Damascus countdown
Reviewed in the United Kingdom on 8 August 2013
Verified Purchase
read the last jihad and the last days and the twelfth imam you have got to read this guy how to look at the next middle east war this is a book you should read ISRAEL ON THE BRINK OF war with her neighbours SYRIA AND IRAN JOEL C.ROSENBERG IS THE MASTER OF INTRIGUE Damascus countdown is one of the best books i have read this year 2013
Read more
One person found this helpful
Report abuse

ken birkett
5.0 out of 5 stars Yet another terrific novel by Joel C Rosenberg
Reviewed in the United Kingdom on 9 March 2013
Verified Purchase
I said it all in the title of my review. No matter what your religious or political views, I fully and whole heartedly recommend that you read Mr.Rosenbergs, works.fiction and non fiction.Very very thought provoking ,as well as entertaining.
Read more
2 people found this helpful
Report abuse
See all reviews
Get FREE delivery with Amazon Prime
Prime members enjoy FREE Delivery and exclusive access to movies, TV shows, music, Kindle e-books, Twitch Prime, and more.
> Get Started
Back to top
Get to Know Us
Make Money with Us
Let Us Help You
And don't forget:
© 1996-2020, Amazon.com, Inc. or its affiliates