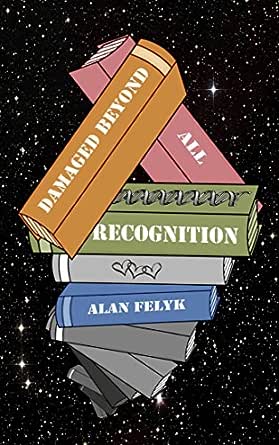 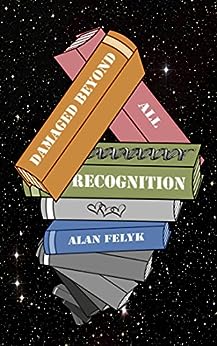 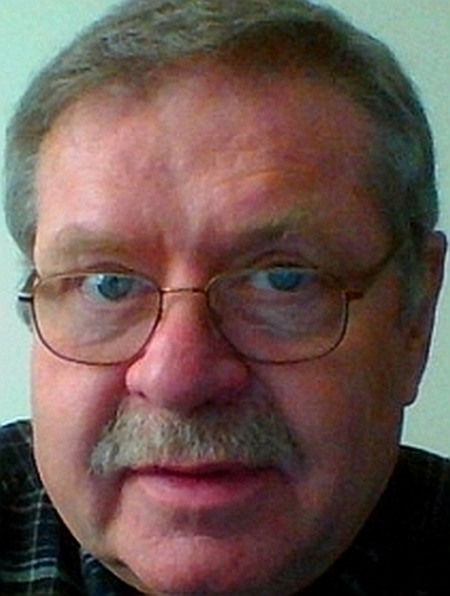 A critically acclaimed novel that extends the literary traditions of Vonnegut and Heinlein ...
Paul Tomenko is no stranger to the improbable. He became a magazine sweepstakes winner and celebrated counterculture writer by age 19. Now, after reaching for a can of Chef Boy-ar-dee spaghetti and meatballs, he's traveling to and from God's library somewhere outside the Universe to prevent the end of eternity.
Because of a DNA flaw, humanity no longer can ascend through the Planes of Existence after they die. They can't access memories from countless past lives in previous versions of the Universe or acquire new recollections. That means no one will have the needed expertise to replace God when He dies. And, to complicate matters, Paul must enlist the help of his two lovers--Maggie Mae Monahan and Allie Briarsworth--because of their unique abilities. But the trio discovers the preservation of forevermore can turn someone's soul inside out. Literally.

The novel chronicles the life of an ordinary man under extraordinary circumstances. Paul is unwilling to accept a broken Afterlife that provides nothing more than eternal self-awareness. He is also reluctant to choose between Maggie Mae, a brilliant geneticist who has the uncanny ability to "connect the dots," and Allie, a novelist who inexplicably senses past and future events in the cosmos. The unexpected is to be expected from an unusual cast of supporting characters: Cher the Gatekeeper and Katharine Ross the Librarian, figments patterned after two celebrities for whom Paul has lusted; Gronk and Grita, two "resurrected" six-year-old neo-Neanderthals who are the most intelligent humans on Earth; Tsutomu Yamaguchi, an innovative bioengineer named after a Japanese man who survived nuclear bomb blasts in Hiroshima and Nagasaki; and Dr. Peter Lexington Townshend, the head of a genetics laboratory that already has prevented the Russians from stripping politicians in Washington, D.C., of all their memories.

Be prepared for a book that examines our metaphysical questions with a mixture of mind-bending possibilities, laughter, and tears.
click to open popover

D'Angelee
5.0 out of 5 stars I love his humor
19 February 2018 - Published on Amazon.com
Verified Purchase
I am a fan of Alan's writing. I love his humor, wit and imagination all of which are contained in huge doses in this book. Thanks, Alan!
Read more
One person found this helpful

Amazon Customer
5.0 out of 5 stars Interesting read from a very unusual perspective
23 October 2018 - Published on Amazon.com
Verified Purchase
Different from my usual reads, but still fascinating and very enjoyable
The context was mixing Syfy with religion in a fun way.
Read more

Laura Graves
3.0 out of 5 stars A science-fiction drama/thriller
10 April 2018 - Published on Amazon.com
Damaged Beyond All Recognition, by Alan Felyk, is a science-fiction drama/thriller. The story is initially set in the 1960’s, but is rife with time travel, reincarnation, unresolved paradoxes, and strange romances. The story also confronts ideas about the nature and purpose of life, God, and fate.
The main character of Damaged Beyond All Recognition, Paul Alexander Tomenko, is ripped from the life that he knew and the loves that he held, and has his consciousness shattered, all as part of a whirlwind adventure to solve a number of problems involving all of creation.

Paul is well acquainted with the strange, obscure, and sudden. By the time he was nineteen years old, he won a magazine sweepstakes. While this little achievement would have sent just about any teenager into a total tailspin of excitement, Paul was not done yet. He went on to become a well-known counter-culture critic and writer. His life was a series of adventures, automobiles, and love-triangles up to the point of this story, when on one fateful day he grows hungry. In that moment, he reaches for a can of spaghetti and meatballs, and accidentally whisks himself into another dimension. Paul traverses through eternity, space, and books to wind up in God's grand library.

In the book, God has, in what many assume is his omnipotence, made a mistake. Apparently, when people die, they are supposed to be able to remember their lives, but something has gone wrong and they cannot. Instead, they become husks of what they had or could become. In some unclear way, this has profound implications for current life, threatening it in some way. God tasks Paul with fixing this problem. Along the way, Paul rediscovers his love life, and is able to establish a rapprochement with his past.

Slight spoiler alert: It is more than a little troubling, and not terribly subtle, but Paul dies more than once. Apparently, while God is capable of having Paul retry, several times, to solve God's problem, God cannot solve it himself. In some ways this does not make sense. This is science-fiction, though, and Paul has powers to help him solve God's problem. God, is occupied for whatever reason and cannot solve it.

Damaged Beyond All Recognition, was an interesting read, though it seemed very familiar. The book was also easy to read, because it did seem so familiar. For those who have read The Hitchhiker's Guide to the Galaxy, watched the movie Interstellar, or played the game Myst, some of the themes and adventures will likely seem familiar and will likely be enjoyable.

At times, the plot and specific incidents did become repetitive and even outlandish, like each new problem or situation had to outdo the previous one. Perhaps that was intended to ultimately leave the overall story and characters’ lives Damaged Beyond All Recognition.

Some readers who do not regularly read science-fiction or fantasy may have difficulty wrapping their minds around the action, themes, and character development of Damaged Beyond All Recognition. Overall, this book seems intended for at least a young adult audience. There is some sexual content, violence, intense drama, existential dread, and some terror.
Read more
2 people found this helpful

Emerson Rose Craig
5.0 out of 5 stars Unique Story
3 May 2018 - Published on Amazon.com
“As I awaited graduation from the University of Colorado in the spring of 1972, I didn’t need a piece of paper to confirm my writing talent. An editor in Florida had already done that in 1969 when he published my first article and ignited a fan base that burst into the millions in just days.”
The setting of this book, set up within the first few pages, is quite intriguing. It set up the main character Paul Tomenko, a 21-year-old writer who has had great success as a published writer with a large fan base. But his life is complicated he is in a relationship with two women who he loves and can’t choose between, and he is on a mission to help god prevent the end of eternity. It is a story of an ordinary man going through extraordinary circumstances.
The writing style of author Alan Felyk captivated my interest from the very beginning. The writing carries a wonderful tone and flow, that works with the unique plot of the story that also keeps humor prevalent throughout. As the pieces unfold before the reader the complex situation, the character finds himself in becomes ever more apparent. I absolutely loved the relationships built between the main character and his love interests. The idea of being able to love more than one person is something that is rarely talked about as it does not fit into the norm of expectations. Both women are strong and complex characters that I was very interested in reading about. The world that Felyk created was very interesting as it played with interesting themes of god, the afterlife, and what our purpose is on earth.
I found this to be a very captivating story with a unique plot line that kept me from being able to put the book down. Felyk is a great writer who has created a plot and characters that are both characters that can be related to while also being in the space of the extraordinary. I would definitely recommend this book as an excellent read for anyone who enjoys science fiction and romance novels. I would give it five stars.
Read more
One person found this helpful
Go to Amazon.com to see all 31 reviews 4.2 out of 5 stars
Get FREE delivery with Amazon Prime
Prime members enjoy FREE Delivery and exclusive access to movies, TV shows, music, Kindle e-books, Twitch Prime, and more.
> Get Started
Back to top
Get to Know Us
Make Money with Us
Let Us Help You
And don't forget:
© 1996-2020, Amazon.com, Inc. or its affiliates