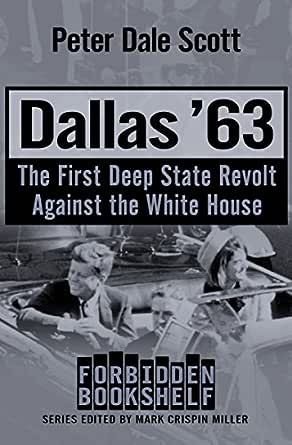 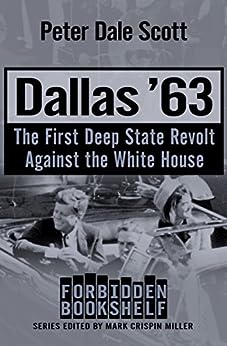 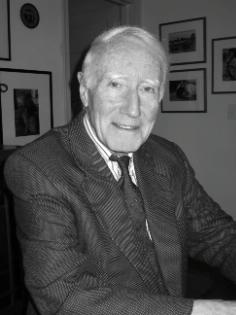 Praise for Peter Dale Scott
"[A] staggeringly well-researched and intelligent overview not only of the JFK assassination but also of the rise of forces undermining American democracy. . . . A kind of Rosetta stone for cracking open the deepest darkness in American politics." --Kirkus Reviews on Deep Politics and the Death of JFK

"Highly recommended." --Library Journal on Deep Politics and the Death of JFK

"May well be the most thoughtful and serious-minded of the 2,500 titles on the subject published over the years." --Toronto Star on Deep Politics and the Death of JFK

"Peter Dale Scott is our most provocative scholar of American power. Scott picks up where the pioneering C. Wright Mills left off, shining a light on the dark labyrinth of power--a shadow world that has only grown more arrogant and wedded to state violence since the days of the 'power elite' and the 'military-industrial complex.' There is no way to understand how power really operates without daring to follow Scott's illuminating path." --David Talbot, Salon, on The American Deep State

"Breaks new ground on the deceptions that covered up anti-Castro assassination plots and protected the operation to assassinate JFK . . . an essential read." --John Newman, author of Oswald and the CIA

"An incandescent affirmation of Peter Dale Scott's stature as our sharpest and most discerning historian whose works expose and document the intricacies, concealed alliances, and underlying continuities that exist between a public state which is bound by the checks and balances of constitutional authority, and a deep state which is neither influenced nor informed by constitutional constraints. Highest recommendation." --Alan Dale, moderator of the JFK Essentials forum

Peter Dale Scott, a former Canadian diplomat and professor of English at the University of California, Berkeley, is a poet, writer, and researcher. His diplomatic service from 1957 to 1961 included two years of work at UN conferences and the UN General Assembly, as well as two years in Poland. In addition to teaching poetry and medieval literature at Berkeley, he was a cofounder of the university's Peace & Conflict Studies (PACS) program.

Duncan MacDonald
5.0 out of 5 stars Great!
Reviewed in Canada on 9 September 2016
Verified Purchase
A great book that answers some questions re: the assassination of JFK and stirs up one's curiosity even more. Well written and provocative!
Read more
Report abuse

Barnabas O'Collins
5.0 out of 5 stars Excellent, must read book
Reviewed in the United States on 28 March 2018
Verified Purchase
An excellent book covering the shadow government/deep state/military industrial complex that has been behind many historical events that the USA has been involved in and ones that the general public have never heard of. The focus on the JFK murder is very telling.
Anyone that still thinks LHO acted alone should read this and ask why literally thousands of documents still are in hiding, if the still exist at all anymore.
There are the puppet masters and there are the puppets. It's been going on for decades.
Read more
18 people found this helpful
Report abuse

Jonesy
5.0 out of 5 stars Essential History
Reviewed in the United States on 13 May 2017
Verified Purchase
Peter Dale Scott's DALLAS '63 is one of the most essential books about the Kennedy assassination and the "Deep State" control of US history. This account proves that Oswald was an intelligence asset sent to the Soviet Union as a false defector and later impersonated in Mexico City in attempts to make him look like an agent of the Castro government.
Read more
19 people found this helpful
Report abuse

Brown, Walt
4.0 out of 5 stars JFK's murder re-evaluated...
Reviewed in the United States on 30 April 2018
Verified Purchase
It takes a deep understanding of the issues involved and it is helpful if you have read at least one of the previous author's works. His brilliance does not always translate easily for the first-time reader. Still, the work is an accurate portrayal of how elements of the United States government killed the President of the United States in Dallas, Texas, and have tried -- unsuccessfully, for some -- to hide the truth. Love Amazon, despise Trump.
Read more
10 people found this helpful
Report abuse
See all reviews
Get FREE delivery with Amazon Prime
Prime members enjoy FREE Delivery and exclusive access to movies, TV shows, music, Kindle e-books, Twitch Prime, and more.
> Get Started
Back to top
Get to Know Us
Make Money with Us
Let Us Help You
And don't forget:
© 1996-2020, Amazon.com, Inc. or its affiliates