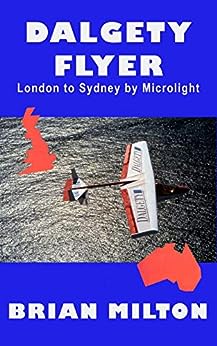 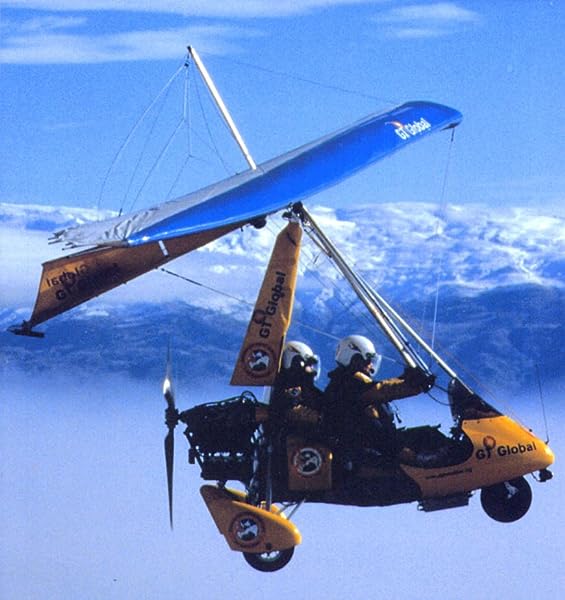 Jules
4.0 out of 5 stars Seat of the pants adventure
Reviewed in the United Kingdom on 24 February 2019
Verified Purchase
The well-written and amiable story of what was then the longest microlight flight ever undertaken.

The author pulls no punches and really brings home to the armchair traveler, the thrills and spills of his journey. His descriptions of panic and fear are very vivid, and his honest and open style of reportage are instantly engaging and enjoyable. With all the technology we have available today, and take for granted, his was an even more pioneering achievement.

Gripping and enjoyable stuff - I'll be reading other works of his.
Read more
Report abuse

nereus senex
5.0 out of 5 stars A man with more lives than a cat
Reviewed in the United Kingdom on 31 December 2014
Verified Purchase
Have just started microlighting, so this is a good book to set the framework of what to avoid! (Flying in cloud, flying after dark, trying to follow another aircraft in poor viz, landing in the sea etc etc) What a brave nutcase! ....sorry, brave Pilot!
Read more
Report abuse

Robert Brian Milton
5.0 out of 5 stars An account of a bizarre microlight flight from England to Australia, an official Bicentenary event in 1988
Reviewed in the United States on 15 May 2014
Verified Purchase
I wrote this book a long time ago, and only went back to read it in the last two weeks. I find it difficult to believe that this was me. I was wrecked on a Greek island by cross-winds, but with the help of my mechanic Mike Atkinson - travelling first-class to Sydney, so he could stop off at each country to help if I was in trouble - we glued the aircraft back together again in six days. There were out-landings in Jordan - wrong fuel - and three in Saudi - 65 octane fuel. I came under the patronage of King Hussein, so all Arabs g ave generously. On Christmas Day 1987 I fell into the Persian Gulf in the middle of the Iran/Iraq War because of a fuel blockage, but rescued the aircraft after six hours in the sea, and got it to fly again in five days. Mike carried a spare 447-cc engine as hand baggage, and we had new instruments sent out from England. In India I landed out because a fuel filter failed, but also went mad for three days, haunted by a Djinn urging me to jump from 5,000 feet without a parachute. There were three out-landings in Malaysia, the first when an earthing wire broke and halved the 40 hp so I couldn't stay up - I landed on a track in a paddyfield. The next two out-landings were caused by monsoon weather. All across Indonesia I was threatened by monsoons, and flew mostly out at sea. It was pre-GPS and I flew on beacons and Mark One Eyeball. The 'white knuckle route' across the Timor Sea was marked by meeting a helicopter 150 miles out and taking his course change to find the tiny Troughton Island. In Tennant Creek in the Outback when I landed there, the mayor said: 'Nothing happens here for years and then we get 3 earthquakes and you turn up.' I missed Sydney for the BiCentenary because I didn't want to frighten my sponsors any more, but I got there safely. It was dismissed by the British microlight community as 'the world's longest ego trip', but I was guest speaker that year at 617 Dambuster Squadron bi-annual dinner to commemorate the sinking of the Tirpitz. It's worth reading, an old-fashioned adventure.
Read more
One person found this helpful
Report abuse

Housekateer
4.0 out of 5 stars Interesting blow by blow.....
Reviewed in the United States on 8 October 2019
Verified Purchase
An amazing adventure, a bit heavy on detail, but exciting nonetheless
Read more
Report abuse
See all reviews
Back to top
Get to Know Us
Make Money with Us
Let Us Help You
And don't forget:
© 1996-2021, Amazon.com, Inc. or its affiliates