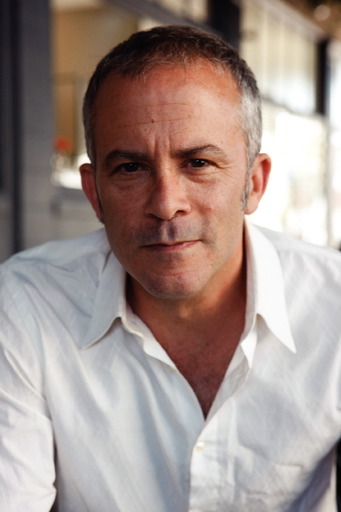 by Tom Barbash (Author)
4.0 out of 5 stars 234 ratings
See all formats and editions
Sorry, there was a problem loading this page. Try again.

"Punctuated by clever dialogue and crisp social critiques, Barbash's incisive, funny, and poignant portrait of talented people and a city in flux illuminates the risks of celebrity and the struggle to become one's true self."--Booklist (starred review)

"A beautiful, evocative novel of family devotion, celebrity, downfall, and survival, framed by the political and cultural upheavals of America on the cusp of a new decade. Irresistibly tender."--Library Journal

"A keen and understated examination of how the vagaries of celebrity life impinge on a father-son relationship."--Minneapolis Star Tribune

"In this family saga set in 1980 in New York City's Dakota building, a young man tries to help his father revive his TV career while mingling with famous folks like John Lennon."--USA Today

"Suffused with warm memories of punk clubs, the "Miracle on Ice" U.S. Olympic hockey team, young romance, and the A-list residents at the storied Dakota apartments.... Pleasurably endearing for anybody with a soft spot for pop culture, Annie Hall-era Manhattan, and 20-somethingdom at its most freewheeling.--Kirkus Reviews

"Arresting.... Barbash has vividly captured the end times feeling of this period in America and has populated his sad and funny tale with a highly engaging mix of real people and fictional characters.... Barbash has sprinkled 'The Dakota Winters' with Beatle dust. Lennon is alive in its pages."--New York Times Book Review

"Set in Manhattan in the late 1970s, this charming coming-of-age tale is sure to be catnip for pop-culture mavens.... Gossipy, nostalgic gold."--People

"The Dakota Winters is deft, funny, touching, and sharply observed, a marvel of tone, and a skillful evocation of a dark passage in the history of New York City, when all the fearful ironies of the world we live in now first came stalking into view."--Michael Chabon, author of Moonglow

"A crazily charming novel--and a reminder that charm can be a profound literary value. I wanted to begin a new life... with these characters. I wanted to trade worlds with them...A wise and seductive story that feels truer than true, as only the very finest fiction does."--Walter Kirn, author of Up in the Air

"Excellent.... At its heart, this is a story about family bonds and a pivotal time in New York."--Rolling Stone

"Thoughtful and entertaining...A thought-provoking time capsule... If you were a fan of TV's Mad Men--specific to a time and place but universal in its exploration of the themes of identity and human vulnerability--you might very well love this novel as much as I did."--Wally Lamb, author of I Know This Much Is True

Tom Barbash is the author of the award-winning novel, The Last Good Chance, which was was awarded the California Book Award, and the short story collection Stay Up With Me, which was a national bestseller and was nominated for the Folio Prize. His nonfiction book, On Top of the World: Cantor Fitzgerald, Howard Lutnick, and 9/11: A Story of Loss and Renewal, was a New York Times bestseller. His stories and articles have been published in Tin House, McSweeney's, VQR, and other publications, and have been performed on National Public Radio for their Selected Shorts Series. He currently teaches in the MFA program at California College of the Arts. He grew up on the Upper West Side of Manhattan and currently lives in Marin County.
Start reading The Dakota Winters (201 POCHE) on your Kindle in under a minute.

4.0 out of 5 stars
4 out of 5
234 global ratings
How are ratings calculated?
To calculate the overall star rating and percentage breakdown by star, we don’t use a simple average. Instead, our system considers things like how recent a review is and if the reviewer bought the item on Amazon. It also analyses reviews to verify trustworthiness.

TravelDiva
4.0 out of 5 stars Enjoyable
Reviewed in Canada on 13 January 2019
Verified Purchase
I enjoyed this story.
Read more
Report abuse

Jill I. Shtulman
3.0 out of 5 stars A curiously flat glimpse into a critical era
Reviewed in the United States on 21 December 2018
Verified Purchase
Halfway through The Dakota Winters, I stopped momentarily and asked myself: what is the key story here? Is it the story of the narrator Anton, who is in danger of being overshadowed by his charismatic and damaged by his late-night talk show host father, Buddy Winters? Or is it a homage to his neighbor and friend, John Lennon (yes, THAT John Lennon) who also lives at the Dakota?

Tom Barbash wants the book to do both, but ultimately, I’m not sure it did. The excellence of the book comes from capturing a slice of time – 1970s New York on the upper west side – and there are scores of titillating tidbits about the many celebrities that frequented Buddy’s talk show and, of course, tidbits about John Lennon. As far as the former, I didn’t think the father-son story was developed with as many nuances as I had hoped for. Mr. Barbash wimps out a bit in delving deeply into his characters’ psyches. We see them interact together but I never viscerally sensed the emotional pain that threaded the relationship.

John Lennon comes across as curiously flat. At a time when he was going through primal scream and all the fallout of his marriage to Yoko, I didn't quite buy his role as a compassionate and wizened “older brother” to Anton. There is a long subplot about John taking up sailing (with Anton and Captain Hank Halsted, his real life “sailing captain.” Again, the many psychological struggles that Lennon was coping with during that turbulent time are not delineated or explored in any depth.

Granted, this is a fun book to read. Everyone from Teddy and Joan Kennedy to Johnny Carson make their appearance and it was fascinating to read about the iconic Dakota building. But at the end of the day, it felt a little bit like a frothy dessert – good while I was partaking but less than satisfying as I got to the last, inevitable bite.
Read more
35 people found this helpful
Report abuse

Carol E. Walker
1.0 out of 5 stars Disappointing
Reviewed in the United States on 12 December 2018
Verified Purchase
This was a disappointing book. It has very little in the way of storyline or interesting characters. It seemed like a book of name dropping and nothing more.
Read more
37 people found this helpful
Report abuse

carilynp
5.0 out of 5 stars You'll forget you're reading fiction
Reviewed in the United States on 10 December 2018
Verified Purchase
Tom Barbash’s novel THE DAKOTA WINTERS is a warm yet complicated father and son relationship, TV talk show revivals, neighboring with John Lennon, and the intrigue of the residents of the Dakota all emmeshed in early 1980s New York. It is easy to get caught up in this book and forget that you are reading fiction.
​
Go on a joy ride with Anton Winter when he gets back from the Peace Corps with a fresh case of malaria as he tries to find himself while helping his father do the same.
Read more
19 people found this helpful
Report abuse

Helveticus
5.0 out of 5 stars Time Travel Manhattan 1980
Reviewed in the United States on 20 December 2018
Verified Purchase
A wonderful engaging walk down memory lane in the company of a cast of interesting, empathetic, and well drawn characters. People you like spending time with and about whom you care what happens. I loved this book ...it has real heart...and was a joy to read. Oh yeah...some big laughs.
Read more
18 people found this helpful
Report abuse
See all reviews
Back to top
Get to Know Us
Make Money with Us
Let Us Help You
And don't forget:
© 1996-2021, Amazon.com, Inc. or its affiliates