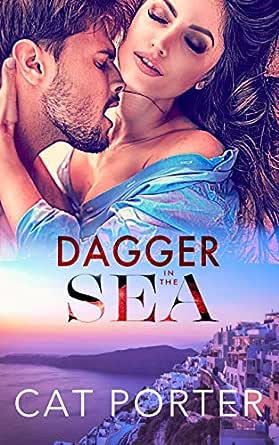 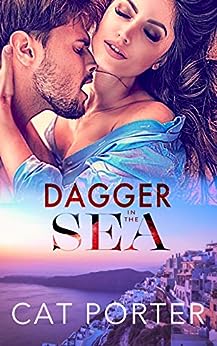 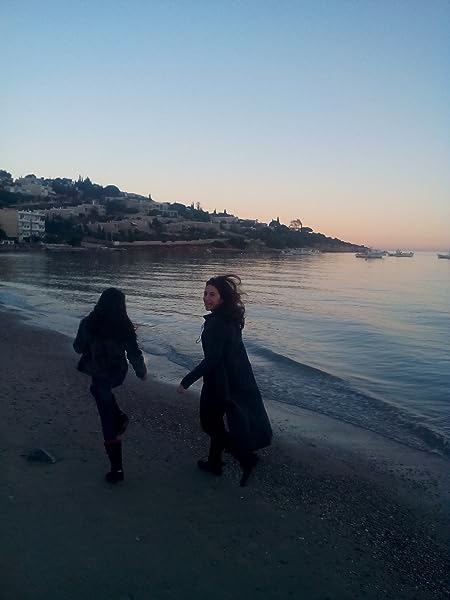 CAT PORTER was born and raised in New York City, but also spent a few years in Europe, Texas and the suburbs along the way. As an introverted, only child, she had very big, but very secret dreams for herself. She graduated from Vassar College, was a struggling actress, a SoHo art gallery girl, special events planner, freelance writer, and had all sorts of other crazy jobs all hours of the day and night to help make those dreams come true. She has two children's books traditionally published under her maiden name. She now lives on a beach in Greece with her husband, three children, and huge Cane Corso, and freaks out regularly and still daydreams way too much and now doesn't give AF. She is addicted to old movies, the History Channel, her iPad, her husband's homemade red wine, really dark chocolate, and her Nespresso coffee machine. Writing keeps her somewhat sane, extremely happy, and a productive member of society. If you enjoy emotional, character driven epic tales, her books are for you. Visit Cat at www.catporter.eu & www.facebook.com/catporterauthor --This text refers to the audioCD edition.

Janine Pearson
5.0 out of 5 stars A deep and rich love story.
Reviewed in Australia on 10 February 2019
Cat Porter completely transports you to the beautiful Greek islands with this book. This beautifully deep and rich and honest love story is one I will read over and over again.
Read more
One person found this helpful
Helpful
Comment Report abuse
See all reviews

Kindle Customer
3.0 out of 5 stars Poor characters
Reviewed in the United Kingdom on 17 August 2019
Verified Purchase
Not the best book I've read loved the M but the girl... Omg what a boring vapid air head
Read more
Report abuse

Sher_Monty
5.0 out of 5 stars What a love letter to Greece
Reviewed in Canada on 3 December 2018
Verified Purchase
This book goes beyond a love story between two people and expands to a love of country, food and culture. I experienced every taste, smell and texture that was described in such glorious detail, I felt like it was mine and now I’m dying to truly experience it for myself. I also wasn’t expecting to fall in love with Turo alongside Adriana, but here we are. I’m so glad Cat Porter decided to share her love of her home with the rest of the world, the beauty and love shines through every single word.
Read more
Report abuse

Amazon Customer
1.0 out of 5 stars Dragging on.....
Reviewed in Canada on 23 August 2019
Verified Purchase
I love Cat Porter books. Her books are some of the few I re-read. I am 50% through this and i am unfortunately going to have to DNF! It hasn't really gone anywhere. Beautiful descriptions of Greece that go on so much I find myself skipping paragraphs. There was a bit of suspense at the start but nothing for ages. I really wanted to stick with it, but not much point when i am skimming parts.
Read more
Report abuse

JavaGirl129
5.0 out of 5 stars Dagger in the Sea is lush, romantic, and beautifully written.
Reviewed in the United States on 6 June 2018
Verified Purchase
Dagger in the Sea wasn’t quite what I expected from Cat Porter. The characters are well-developed and fascinating, the words are gorgeous—at times, poetic—the story interesting and intriguing, but the Fury, and the Lock & Key series are, at times, brutal. Dagger in the Sea is a mafia story centered on a character we met in Fury, so I guess my expectation was it would be violent, bloody, and brutal. And it is, but to a much lesser extent than I expected. For me, it is more of a traditional romance, but with a heightened sense of danger always lurking in the back of your mind. It is Ms. Porter’s love song, or tribute to Greece. Her words are filled with obvious love and affection for the people, the history, the food, music, and beauty of the islands and the sea. For years I’ve wanted to visit Greece, but have never had the opportunity. Ms. Porter’s rich, vivid descriptions made me feel like I was right there with Turo and Adriana.
My initial impression of Turo DeMarco from his introduction in Fury was of a smart, cool, calculated, well-organized criminal. I was pleasantly surprised by his vulnerability and the motivation behind his drive for success. The time he and Adriana spend together in Greece shows stripped down versions of themselves, without outside interference or influence, thus allowing readers to get a true sense of their personalities, and for both Turo and Adriana to learn a lot about each other and themselves. Of course the world couldn’t be held at bay indefinitely, and their idyllic Greek getaway came to an abrupt end, bringing with it the harsh realities of their lives. There are twists and turns, some that caught me by surprise, but worked perfectly. The plot is intricate and well thought out, although I found the pace a little uneven. My philosophy is you can never go wrong with a Cat Porter book, and Dagger in the Sea is no exception.

Nancy Reads
5.0 out of 5 stars An Epic Powerful Love Story to Rival Any Greek Myth
Reviewed in the United States on 6 June 2018
Verified Purchase
DAGGER IN THE SEA is not the first book I have read by Cat Porter, but is an entirely different story. This is a long epic book. There is world building and world travel from the crime-ridden streets of Chicago to the enchanted Greek Islands. A Mafia theme through out, with more bad intentions then good. A love story to rival any Greek Myth.

The main character is Artuno DeMarco, but just preferred to be called Turo. He was the illegitimate son of Erin Cavanaugh and Mauro Guardino. A very different set of parents. His father had left, leaving his mother pregnant and lovelorn. She was from a wealthy, old Chicago, Irish American family. She gave him her grandfather's name Arthur, and her family surname. She'd refused any contact from his father, brought him up in money and the best education, and gave him a job in her very successful business.

Unfortunately, his mobster father found him. Curiosity to meet his father for the first time, when he was summoned by this man who was an unknown force of nature. They bonded not making his mother the least bit happy. She knew how to balance her career and personal life. And suddenly he was out of a job. Going to work for his father was the biggest mistake of his life, but he would learn that the hard way.

The story is told mostly from Turo's point of view. That is until he is sent overseas on a job for his father. He meets a woman, their eyes lock. And in that thunderous split second, his life as he knew it changed course forever. Coppery brown waves of hair settled around her face and down her shoulders. Gray blue eyes held his, and the wind was sucked out of him. He would learn her name was Adriana Lavrentious. She would become his salvation or total destruction.