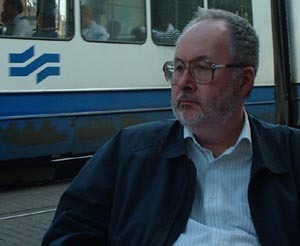 Dabbling with Diabelli Paperback – 1 May 2020

by D F Lewis (Author)
See all formats and editions
Sorry, there was a problem loading this page. Try again.

Originally published in paperback with an extremely limited release, this book collects thirty of D F Lewis's favourite short stories, all demonstrating his unique style at the intersection of genre, literature and outsider art.

The Three Ages of D.F. Lewis

Plus two D.F. Lewis books from Mount Abraxas Press, and an Eibonvale chapbook called ‘The Big Headed People’. And the Eibonvale Collection DABBLING WITH DIABELLI in May 2020,

Plus a past D.F. Lewis story selected for THE BIG BOOK OF MODERN FANTASY edited by Ann and Jeff VanderMeer.