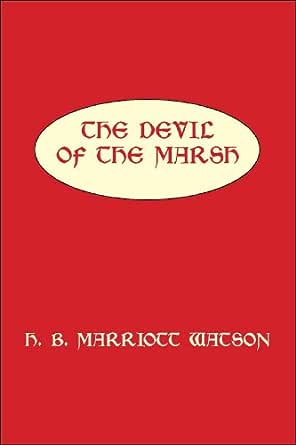 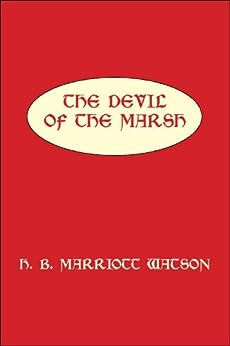 THE DEVIL OF THE MARSH Kindle Edition

H. B. Marriott Watson was one of the more prolific authors of his day, turning out novels and collections of short stories which won him a reputation as one of the better, and better-known writers of his time. Although he was best known for his tales of swashbuckling adventure and historical romance, he occasionally turned his hand to the weird, the supernatural, and the horrific, scattering these tales throughout his seventeen collections of short stories.

The most famous of his supernatural stories is 'The Stone Chamber', a traditional vampire tale, and one of the first, and best, such stories to appear in the immediate wake of DRACULA. Today, Marriott Watson's reputation as a writer of weird fiction rests largely on this story and 'The Devil of the Marsh', a nightmarish vision of possession and sorcery. Yet he was more than casually interested in the genre, as the stories in this collection show. Watson was able to write tales of Gothic terror and early science fiction, of horror in foreign lands, and chilling accounts of thwarted love and cruel vengeance. In his introduction, editor James Doig discusses Marriott Watson's life and influences, and the real tragedies which may have influenced and inspired the author's excursions into a world of madness, death, and supernatural horror.
click to open popover