Skip to main content
DARK GUARDIAN'S MATE and over 1.5 million other books are available for Amazon Kindle . Learn more 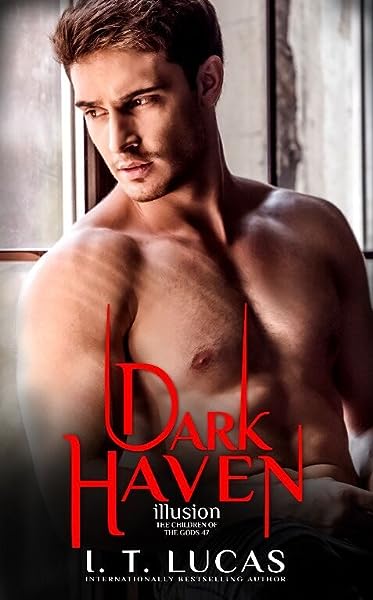 Page 1 of 1 Start overPage 1 of 1
Previous page
Next page
Start reading DARK GUARDIAN'S MATE on your Kindle in under a minute.

4.8 out of 5 stars
4.8 out of 5
278 global ratings
How are ratings calculated?
To calculate the overall star rating and percentage breakdown by star, we don’t use a simple average. Instead, our system considers things like how recent a review is and if the reviewer bought the item on Amazon. It also analyses reviews to verify trustworthiness.

Madcapmel
5.0 out of 5 stars Wow....
Reviewed in Australia on 19 August 2017
Oh...the plot is getting thicker! Losham is a nasty piece of work.. He's determined to destroy all of Annini children and even the goddess herself as revenge for the death of his son!
I just love the depth of storytelling it is fantastic! We still have characters from the first book still growing and getting stronger within the same timeline as the new characters!
These are wonderfully written and have a fantastic story that continues seamlessly in each book! Start from the first one and become immersed in such a wonderfully fresh and incredibly detailed and original world!
Bring on the next one! I can hardly wait!
Read more
Helpful
Report abuse

Ellinah C
5.0 out of 5 stars DGM
Reviewed in Australia on 25 August 2019
Poor Sissy can’t she have a baby please, I am sure her time will come but she is so vulnerable now it breaks my heart. Lor scares me and l am so worried. Thank you for the amazing read!
Read more
Helpful
Report abuse

Tessa
TOP 100 REVIEWER
5.0 out of 5 stars Many twists and turns.
Reviewed in Australia on 16 November 2018
This continuation of Eva and Bhathian's romance includes the progress of other couple's romances as well. Syssie has two premonitions one of which foretells trouble for the clan.
Brundar enters the picture with a secret obsession.
Read more
Helpful
Report abuse

Julie C
5.0 out of 5 stars Five Stars
Reviewed in Australia on 21 November 2017
Another winner in the Children of the Gods series. Read on KU.
Read more
Helpful
Report abuse
See all reviews

Pearl S.
5.0 out of 5 stars Five Stars
Reviewed in the United Kingdom on 17 August 2017
Verified Purchase
LOVE IT LOVE IT LOVE IT
Read more
Report abuse

Quackers
5.0 out of 5 stars Five Stars
Reviewed in the United Kingdom on 2 September 2017
Verified Purchase
Brilliant a must read
Read more
Report abuse

Series Sumary:
From the beginning of time there have been near immortal beings who have molded humanity, been the object of worship but who as a race almost destroyed each other and human civilization.
Now only two Gods are left both sworn enemies:
The followers of Morta, the Doomers and the descendants of the Goddess Annani.

The Dark Guardian novels are Bathian and Eva’s story. We know Bathian from all the previous novels but until these books Eva is a stranger and only made reference to in Nathalie and Andrew’s Dark Warrior books. As well as telling Bathian and Eva’s story these set of novels will continue the investigation into other possible dormants as well as cultivating a delectable side love story.
The series continues to wow in its uniqueness, its inventiveness and its amazingly versatile characters and its amazing world building including how she injects brilliant 21st century technology into this clan of centuries to millennial aged immortals. Bathian and Eva have a history and it’s interesting to see how Lucas cultivates it because of that history. The Clan continues to prepare for some foreseen war between themselves and their mortal enemies, The Doomers and in the investigation into this enemy there are some revelations that will really have the pages flying. The dialogue is dark although there are many light-hearted moments and of course there are some piping hot love scenes. This series is addictive, fast paced and fun but they must be read in order.

SUMMARY:
Now that Bathian has found his daughter Nathalie and she is safely mated he is as determined as ever to find the one woman he never forgot, the only woman he ever loved, his true mate and Nathalie’s biological mother Eva. He hasn’t seen her since she told him she was pregnant over three decades earlier and since she’s an expert at hiding finding her won’t be easy, but he won’t give up until he succeeds.
Eva always thought her youthfulness was due to a government experiment gone bad as was afraid they may one day come looking for her so to save the daughter she loves more than life she disappeared without a trace. Then one day the one man she could never quite get out of her mind and her heart, Nathalie’s father tracks her down and tells her a story that is too fantastical to be made up.
Read more
3 people found this helpful
Report abuse

Kitty...
5.0 out of 5 stars Never A Disappointment! Dark Guardians Mate
Reviewed in the United States on 4 August 2017
Verified Purchase
OMG! I love Eva and Bhatian...I love the Idea of love that was lost and again found for the couple. Bhatian was given a second chance with the eternal love that was Eva. The daughter Nathalie was a gift that forever bound them together... the idea of his baby possibly being out in the world alone because he had no idea of Eva being immortal gave him to drive needed to find his love child...The second chance producing a second child is priceless and to be honest is what I was hoping and wishing for...CUDOS I.T. Lucad! I have all 13 books of the series and I have already pre-ordered book 14. I am honestly impatiently awaiting its release...
Read more
3 people found this helpful
Report abuse

Amazedebster52
5.0 out of 5 stars Happily ever after for Eva and Bathian
Reviewed in the United States on 9 August 2017
Verified Purchase
This wonderful series is an addictive pleasure. I love reading romance and science fiction and this is an amazing blend of them. This is book 13 so I am a fan. The author is fabulous at character development so much so that you can identify with them and their emotions. This is the third book that tells the story of immortals Eva and Bathian. They have sizzling sexual chemistry. Eva fights admitting that she loves Bathian who is so patient. The last sexual scene where they play kinky is smoking hot. I recommend readig the series in order and I am not giving away the HEA!
Read more
3 people found this helpful
Report abuse
See all reviews
Back to top
Get to Know Us
Make Money with Us
Let Us Help You
And don't forget:
© 1996-2021, Amazon.com, Inc. or its affiliates