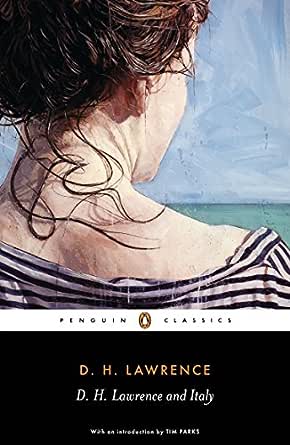 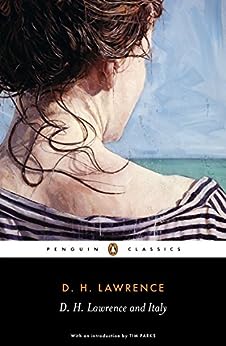 In these impressions of the Italian countryside, Lawrence transforms ordinary incidents into passages of intense beauty. Twilight in Italy is a vibrant account of Lawrence's stay among the people of Lake Garda, whose decaying lemon gardens bear witness to the twilight of a way of life centuries old. In Sea and Sardina, Lawrence brings to life the vigorous spontaneity of a society as yet untouched by the deadening effect of industrialization. And Etruscan Places is a beautiful and delicate work of literary art, the record of "a dying man drinking from the founts of a civilization dedicated to life."

D.H. Lawrence (1885-1930), English novelist, storywriter, critic, poet and painter, one of the greatest figures in 20th-century English literature. Among his works, Sons and Lovers appeared in 1913, The Rainbow (1915), Women In Love (1920), and many others.Tim Parks grew up in London and studied at Cambridge and Harvard. In 1981 he moved to Italy where he has lived ever since. He has written twelve novels as well as two non-fiction accounts of life in northern Italy, and two collections of essays.
click to open popover

Jean Sherrard
1.0 out of 5 stars Kindle version is NOT the same book
29 September 2015 - Published on Amazon.com
Verified Purchase
My review is only of the Kindle edition - it is NOT the same as the D.H. Lawrence and Italy collection, and is comprised ONLY of Twilight in Italy. I discovered this only after purchasing the Kindle version.
Read more
One person found this helpful

PhoenixLanding
5.0 out of 5 stars haven't read
15 June 2010 - Published on Amazon.com
Verified Purchase
I haven't started reading it but the book is very ligth and soft. well printed
Read more

girlwhostares
3.0 out of 5 stars Conditions of the book and reception
13 July 2011 - Published on Amazon.com
Verified Purchase
The book arrived perfectly in time, I have nothing to say about it (I chose the most expensive way, but I needed it in few days!).
The only thing that I can report are the conditions of the book. It seems old or at least treated in a bad way, the coverture is fold and I don't like when my new books seem like old ones!

John L Murphy
4.0 out of 5 stars In-depth review of three books in one
23 April 2015 - Published on Amazon.com
Three travel narratives chart the growth of Lawrence as well as introducing his takes on Italy. "Twilight in Italy," from 1916, looks at Italians trying to evade the wartime draft by working in Switzerland, as well as Lawrence's journeys around Lake Garda and the town of Gargnano. It's full of his denunciations of the industrial world, paeans to the Not-Me, the phallus, male energy, female life-forces, and affirmation of the darker forces within, under the complacent or cowed civilization. Therefore, depending on one's predilections for DHL, this may deter or reward you as a reader today.

The highlights are in the quiet moments. He observes a shy, awkward, nearly silent woman caring for him in a gloomy inn. He listens to Italian anarchists imagine their better world, but he cannot join them. He watches the landscape, tries to fit in, and he laments the loss of the lemon groves to foreign competition. Paolo and Maria epitomize a young married couple whose future does not bode well, in DHL's prediction. As Tim Parks notes in his introduction (which compiles, skillfully, all of the best lines or most telling scenes from these three books), DHL makes out of a passing vista of two monks pacing outdoors a magisterial summation on the decline of modern man in the past century. He shows by a weary hiker from a London suburb, on too-quick a holiday, how vacations hurry us all today.

After WWI, "Sea and Sardinia" was published after a week's visit in January 1921. DHL and Frieda ("the q-b") are the companions who find themselves fending off the locals. "I am not the British Isles on two legs." (184) So he splendidly sums up his predicament, as he resents being tagged for the loss by the Axis and the problems of Empire. But he also writes of his hope that the stocking-capped men on the island rise up and burst into exertion based on their fiery blood, rather than capitulate to the American order and its wholesome wishes for peace. So, like in book one, there's some contradiction.

But the complaints about the voyages, the poor service, the bad meals, the dreary villages, entertain. One realizes DHL engages in this sour mood for fun, and he sets himself up as a bit of straw man. Tallying his costs, he jots how much he paid for every meal, accommodation, and ticket. He depicts the woeful inn where chickens parade outside, he complains of tiresome priests, and he wishes for pagans to return to the enchanted isle. However, it's obvious DHL preaches to himself, not us. He manages to eke two-hundred pages out of his journals, even if not much in Sardinia "really happens."

"Whenever one is in Italy, either one is conscious of the present, or of the mediaeval influences, or of the far, mysterious gods of the early Mediterranean. Wherever one is, the place has its conscious genius." (250) Lawrence goes on a lot like this, if less so than in the first or last accounts here. He contrasts the post-war ennui with the crackdowns of the new "regime" in Italy. He is sick of museums, artifacts taken out of context, "Carpaccio and Botticelli": he'd rather watch a peasant. "The horrors of barbarism are not so fearful, I verily believe, as the horrors of strangulation with old culture. Beauty as we know it is a millstone around our necks, and I am fairly choked." (276) "And as for the Italian good-nature, it forms a sound and unshakeable basis nowadays for their extortion and self-justification and spite." (310) He knows enough Italian to hear what is said when his back is turned from those who wait upon him. Those readers who come to this volume expecting light effusion and fulsome anecdotes will be thwarted. These episodes are full of contempt for our time, as they appeal to a romantic, unhinged, and more innocent era of fewer inhibitions.

His last section, "Sketches of Etruscan Places and other Italian Essays," appeared in 1932, after his death. Written among those Tarquinian tombs with mortality in mind, these 1927 excursions naturally edge into seriousness. The Penguin Classic does not include all the "other essays" of co-editor Simonetta de Fillipis' 1992 Cambridge edition, so this is a concise hundred pages, mostly below ground in Tuscany. Lawrence reminds us how the ancients built out of wood, so all that survives is under the earth, the stone tombs. "So that the etruscan cities vanished completely as flowers. Only the tombs, like bulbs, were underground." (335) He continues in this vein: "Italy today is far more etruscan in its pulse, than Roman; and will always be so. The etruscan element is like the grass of the field and the sprouting of corn, in Italy: it will always be so. Why try to revert to the Latin-Roman mechanism and suppression?" So he asks, as the Fascist rule tries to refurbish the ancient, imperial, ruthless legacy that crushed the Etruscan spirit.


Read more
7 people found this helpful
Go to Amazon.com to see all 6 reviews 3.6 out of 5 stars
Get FREE delivery with Amazon Prime
Prime members enjoy FREE Delivery and exclusive access to movies, TV shows, music, Kindle e-books, Twitch Prime, and more.
> Get Started
Back to top
Get to Know Us
Make Money with Us
Let Us Help You
And don't forget:
© 1996-2020, Amazon.com, Inc. or its affiliates