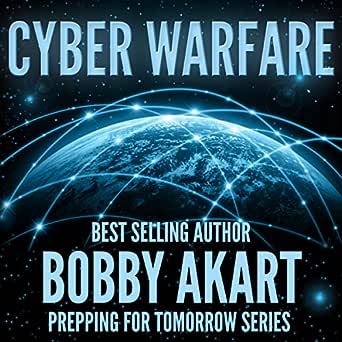 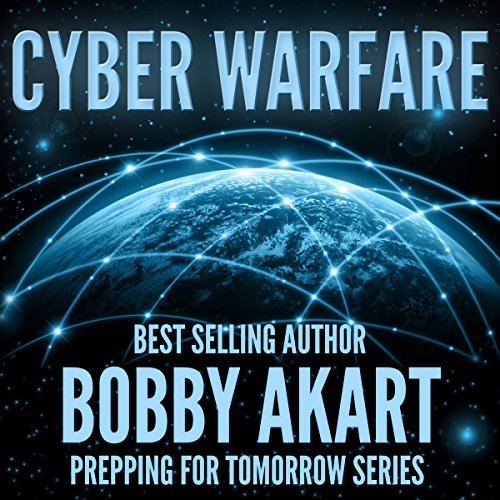 thechesscoach
5.0 out of 5 stars Scary As Hell
Reviewed in the United States on 20 July 2016
Verified Purchase
Truth be told, the information contained in this no-holds-barred exploration of the history and future of this threat will cause insomnia. American society is exposed, vulnerable, and clearly targeted. "The Grid" lies grossly underprotected by a government and business infrastructure bent on cutting every corner, with blind eyes turned to the 100% risk inherent. My blood ran cold and I could not stop reading this doctorate level treatment of this clear and present danger. Keystrokes, not bombs or bullets, will be our demise. Read with your rum and Coke at hand.
Read more
4 people found this helpful
Report abuse

Burt Walker, Author
5.0 out of 5 stars A serious journalistic endeavor that will leave you with a scary respect for our cyber vulnerabilities
Reviewed in the United States on 19 October 2015
Verified Purchase
Bobby Akart fooled me. He sucked me in with his tantalizing, but informative and entertaining novels. He has proven to be a master story teller, but little did I know that his work in non-fiction also puts him among the best in that too. The scope of Cyber Warfare falls well beyond that of the preparedness community and should be required reading for anyone interested in threats to modern society. This is a serious endeavor into the world of cyber warfare and done with top-notch research and journalistic principles--something we don't often see in today's publishing industry. If any book should get widespread notoriety, it should be this one. I hope to see Akart on the news interview circuit soon. Written without sloppy or cheesy hints at a political agenda, it is a work that should wake us all up to a serious threat. If you're like me, you'll walk away with a healthy fear and respect for our cyber infrastructure and it's vulnerabilities.
Read more
13 people found this helpful
Report abuse

Angela McCoy
5.0 out of 5 stars A Must Read!
Reviewed in the United States on 17 October 2015
Verified Purchase
Be sure to read this! I loved his fiction book cyber attack. This backs it all up. In fact before buying, we were handed a copy and our computer took a crap. Windows, or something else? Read this and you will find the factual basis for his conclusions.
Read more
5 people found this helpful
Report abuse

Lindell M.
5.0 out of 5 stars This book reflects a distinct realistic possibility.
Reviewed in the United States on 24 July 2019
Verified Purchase
The book is well written and well researched. The author accomplishes this feat in the absence of vulgar language. It is something truly gifted writers do. Bobby Akart is a gifted writer.
Read more
Report abuse

WGE G'Dad
5.0 out of 5 stars A good book that I'm still referring to weeks after finishing it.
Reviewed in the United States on 20 February 2016
Verified Purchase
I read Ted Koppel's book first, and found a reference to this book. This is much better written than Ted's. There is a lot of information in this book. I am still pulling links out of it to research. Ted has name recognition, but this deserves the media attention.
Read more
One person found this helpful
Report abuse
See all reviews
Get FREE delivery with Amazon Prime
Prime members enjoy FREE Delivery and exclusive access to movies, TV shows, music, Kindle e-books, Twitch Prime, and more.
> Get Started
Back to top
Get to Know Us
Make Money with Us
Let Us Help You
And don't forget:
© 1996-2020, Amazon.com, Inc. or its affiliates