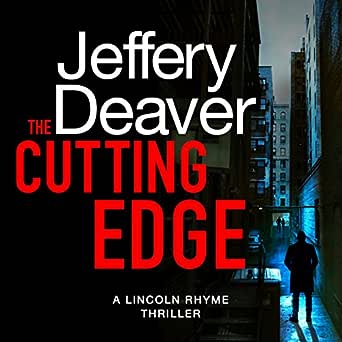 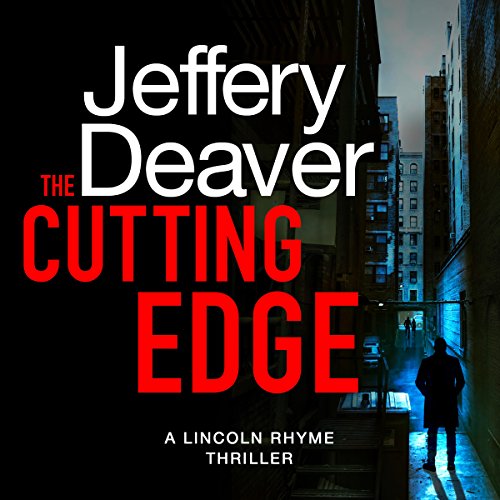 4.4 out of 5 stars
4.4 out of 5
1,207 global ratings
How are ratings calculated?
To calculate the overall star rating and percentage breakdown by star, we don’t use a simple average. Instead, our system considers things like how recent a review is and if the reviewer bought the item on Amazon. It also analyses reviews to verify trustworthiness.

Deb5s
2.0 out of 5 stars Not up to usual standard,
Reviewed in Australia on 14 May 2018
Verified Purchase
Did not enjoy this latest offering although waited in earnest for release. The intrigue was pretty low. Poor police skills in searching for victim of initial crime. Even though it was stated that he chatted to security officers in street he worked daily, no mention of the on ground security staff being questions as to who worked in building. Just a silly improbable, impossible to predict senecio.... The Sacks and her muscle car thing getting tired, as is her inability to move on emotionally still. When compare to Bone Collector and others, it's like good malt whisky and lemonade....
Read more
Helpful
Comment Report abuse

Stephen J. Midson
2.0 out of 5 stars A disappointment
Reviewed in Australia on 6 June 2018
Verified Purchase
A disappointing book. Poorly written. Poor flow of idea. Some flashes of mild excitement but all in all a waste of time. Strange red herrings and side cases. Strange villains. I really don’t know why I bother reading any more from this author
Read more
One person found this helpful
Helpful
Comment Report abuse

John L, enthusiastic reader
5.0 out of 5 stars The Cutting Edge
Reviewed in Australia on 31 July 2020
Verified Purchase
Jeffery Denver is a genius. Just when you think you have worked out where the story is going he throws you another twist. I thoroughly enjoyed this book and have no hesitation in giving it my highest recommendation.
Read more
Helpful
Comment Report abuse

Barrie Gott
5.0 out of 5 stars Full of twists and turns.
Reviewed in Australia on 10 September 2019
Verified Purchase
This story was intriguing from beginning to end. There was a change of direction which kept you captivated to the end. Great yarn.
Read more
Helpful
Comment Report abuse

Calum Shaw
5.0 out of 5 stars Most readable
Reviewed in Australia on 25 November 2018
Verified Purchase
Without doubt Deaver's best for quite some time. Hard to put down and an excellent twist (a triple) on the last few pages.
Thoroughly enjoyed and definitely a 9.
Prefer if Lincoln drank Glen Fiddich 18, but we can't have everything. They do so enjoy their Cloudy Bay!

David L. Clark
3.0 out of 5 stars Diamonds are forever?
Reviewed in Australia on 18 August 2018
Verified Purchase
Didn’t enjoy this book as much as previous offerings from Deaver. Found it to be very confusing especially towards the end. Seems as though he crammed too many stories into the mix. I did however enjoy the insight into the world of diamonds.
Read more
Helpful
Comment Report abuse

MB
4.0 out of 5 stars A good read
Reviewed in Australia on 18 September 2019
Verified Purchase
This book is full of "who done its" who can you trust, I found there were to many Russian names to remember, but did enjoy the book.
Read more
Helpful
Comment Report abuse

Janet
5.0 out of 5 stars Another best seller
Reviewed in Australia on 9 September 2018
Verified Purchase
Several times I thought the story finished until I glanced at the page numbers listed below. Very much a roller coaster ride and as usual Deaver doesn’t disappoint. A must to read if you like thriller detective stories.
Read more
Helpful
Comment Report abuse
See all reviews

Mike Mac
5.0 out of 5 stars Good read and engaging - don't get the audible version
Reviewed in the United Kingdom on 24 September 2019
Verified Purchase
Another great Lincoln Rhyme book. Fast paced with some twists to keep you interested. Easily as good as the previous books in the series.
HOWEVER. I bought the audible edition and I had to stop listening after the first 3 chapters. The person reading it has watched too many editions of The Simsons. In general he read the book as Reverend Lovejoy. But his foreign accents had Crusty the Clown and Apu. Absolutely terrible.

Clive
4.0 out of 5 stars CLASSIC LINCOLN RHYMME
Reviewed in the United Kingdom on 17 July 2018
Verified Purchase
Even though I'm a dyed-in-the-wool Deaver fan, I was a little nervous about this book as I'd read quite a few poor reviews. I needn't have worried as most of the stuff abut which folk had complained is, in fact exactly that which makes a Deaver book uniquely his; mainly the graphic and forensic detailing of an industry. This isn't Jeffery Deaver's best work and nor is it the best Lincoln Rhymme novel, but it's still pretty good and 'pretty good' from Mr Deaver would be 'amazing' to most other authors.

This book is set in the world of the diamond industry, world wide but centred on New York. As allways, the plot is labyrinthine and everything is only revealed in the very last pages. And those pages do reveal a shock at the end! Unlike most of his previous novels, I did manage to spot that one character was, despite appearing to be 'good guy', was, in fact, a 'villain, but that didn't really matter. As with lots of his later works, this plot relies, quite a lot, on a series of unlikely coincidences to maintain momentum but, as with other Deaver books, the reader tends to be too immersed in the narrative to notice that. Most detective novels rely on some element of coincidence that allows the hero to become aware of something that, ultimately, allows the solution of the murder, so I won't beat up Jeffery Deaver too much for this.

My wife is a fan of cryptic crosswords but I have, consistently, failed to grasp how these are to be solved. In this novel, Lincoln Rhymme is treated to a superb explanation of how such crosswords work and, for me, it was a 'light bulb moment'. Thanks Mr D! There's also some interesting ballistics stuff about the rifling of Glock gun barrels, just to keep the gun lobby happy.

As always, it's only when the full plot is revealed, right at the end, that the reader realises that all of the clues were in there somewhere but so
masterfully concealed as to remain invisible except in hindsight. So, not Jeffery Deaver's best but still, in my opinion, a excellent read.

Mr. M. J. Tudor
1.0 out of 5 stars End of the road for Lincoln Rhyme
Reviewed in the United Kingdom on 10 October 2018
Verified Purchase
Such a disappointment; I've been a faithful follower of LR since inception; this latest offering was incomprehensible. Not your finest hour JD. It suggests to me, we've got the characters, now let's think of a plot. Absolutely no depth to the background of the players, Amelia and "rookie" in particular; how a consultant commands such authority with external police services is laughable.
Perhaps LR has had his time and should retire gracefully with Amelia and Thom to a secluded beach; no more for me thank you, but great memories of The Bone Collector.
Why on earth does Ackroyd have to have a "husband"; this scenario adds absolutely nothing to the plot.

Barbarah
2.0 out of 5 stars DISAPPOINTED
Reviewed in the United Kingdom on 23 June 2018
Verified Purchase
Jeffery - I have all your books and I have noticed that the last few have had less story and more background information. I like to wear diamonds, not know all the ins and out of where they come from. Very little story - it could have been done in three chapters. Sorry, will always buy and read your books but very disappointed in this one. Had to virtually speed read it to find the bits of story in it.
Read more
11 people found this helpful
Report abuse

Susan Gillanders
1.0 out of 5 stars terrible book
Reviewed in the United Kingdom on 21 May 2018
Verified Purchase
I've just paid nearly ten quid for this book! i have read everyone of the Lincoln rhythm stories. and this was awful slow paced, boring. I'm so disappointment please Jeffrey Deaver take a break from writing. don't turn into Patricia Cornwall who just churns out scarpetta for money every year.
Read more
9 people found this helpful
Report abuse
See all reviews
Get FREE delivery with Amazon Prime
Prime members enjoy FREE Delivery and exclusive access to movies, TV shows, music, Kindle e-books, Twitch Prime, and more.
> Get Started
Back to top
Get to Know Us
Make Money with Us
Let Us Help You
And don't forget:
© 1996-2020, Amazon.com, Inc. or its affiliates