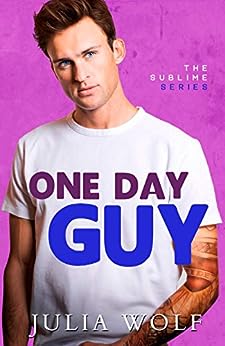 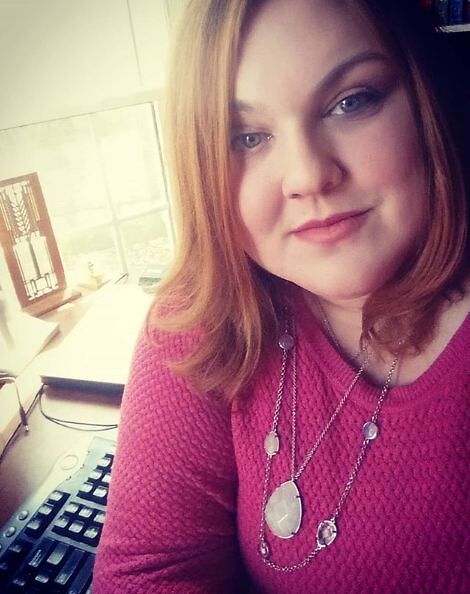 by Julia Wolf (Author) Format: Kindle Edition
See all formats and editions
Sorry, there was a problem loading this page. Try again.

The first time I saw Joe Silver, I was an awkward seventeen-year-old girl and he was the blue-eyed, tight-jeaned rocker performing on stage. In an unexpected twist, we became friends, until I wanted more. Then he utterly demolished my heart.

Now I’m thirty-one, slightly less awkward, and Joe Silver just strolled into my little town. Instead of a rock star, he’s now a music teacher, but he’s still got the same irresistible pull as he did that first night.

He’s everything I want in a man: funny, sweet, gainfully employed, and sexy as hell. He’s also the guy who turned my life upside down.

I’m wary and my battered heart doesn’t quite trust him, even though he’s working his way past my poorly constructed barriers.

One Day Guy is a small town, slow burn, second chance romance that is high on swoony and funny moments, and low on angst (but just enough!)....plus some rad nineties dance moves.

(One Day Guy was originally titled Cut Short. It is newly revised and expanded for 2020!)

Hi! I'm Julia and I live in Maryland with my three crazy, beautiful kids and patient husband.

I worked as a hair stylist for seven years, collecting stories my clients couldn't wait to spill, a few of which just might show up in my writing!

I love writing all things romance, from sweet, to steamy, to funny, to so dirty you'll be blushing for days. I hope you enjoy reading my books as much as I enjoyed writing them!

Sign up for newsletter for updates and bonus material:

Caroline
5.0 out of 5 stars A Sweet Romance
Reviewed in Australia on 24 March 2018
I LOVED IT !!! Cut Short was a great book, a second chance romance full of emotion and funny little bits resulting in a fun easy read. This was my first Julia Wolf book and I definitely be looking for more.

Rachel and Joe first met when they were teenagers, when Rachel professed her feelings for him, by email, he broke her heart with his reply (he had is reasons and I'm not going to be a spoiler). Thirteen years later they are in the same place, both single, and the chemistry is still there.

I received a copy of this book in return for an honest review.

Alison
5.0 out of 5 stars Second chance
Reviewed in Australia on 23 July 2019
What a sweet second chance romance good two beautiful people meant to be together & some super funny best friend's got a serious fun read
Read more
Helpful
Report abuse

Kindle Customer
5.0 out of 5 stars All the Good Feelings
Reviewed in Australia on 27 March 2019
This book made me feel all happy and content that all is well! Such a lovely story, it just flowed so well. I really want to meet these people - I feel as if they are my tribe!
Read more
Helpful
Report abuse

Kindle Customer
5.0 out of 5 stars Great twist and turns, keeping you guessing all the way through
Reviewed in the United Kingdom on 20 April 2018
Verified Purchase
I'm functioning on very little sleep at the moment, having found myself reading into the early hours these last few days as this book is quite un-put-downable. That's not even a word, but you get my point.
When I originally requested a sample of this story off Amazon I was immediately hooked on the two main characters. Their names event struck a cord......,reminding me of a very VERY popular 90s tv series. So, when I'd read the sample excerpt , I just clicked straight away on the Buy Story now button. I had to keep reading.
The story had twist, turns, sad moments, many happier moments, and an ending which you're not sure till the end of how this might play out.
I absolutely need to read more stories in this series. Can not wait ............
Read more
Report abuse

Angie Hackett (Stormageddon)
4.0 out of 5 stars Ok read
Reviewed in the United Kingdom on 12 February 2019
Verified Purchase
This was an ok read. I didn’t think it was any more special than that.

I thought Rachel was ok, though she seemed a little annoying. I wanted to like Joe but I just kept feeling like he was hiding something. The extra characters were ok but didn’t really stand out for me.

Sarah C
5.0 out of 5 stars Heartwarming
Reviewed in the United Kingdom on 18 October 2018
Verified Purchase
I will always be a little bit in love with Joe Silver. An amazing story that shows us fate knows what she is doing. Right person, right time.
Enjoy
Read more
One person found this helpful
Report abuse

Corinne Basmaison
5.0 out of 5 stars When Rockstar meets hairdresser in a second chance novel...
Reviewed in France on 14 February 2021
Verified Purchase
Well-written, funny, deep at times, this page turner kept me up until my body couldn't take it anymore and had to shut down for a few hours, then I went back to it as soon as I woke up.

This second chance story took me right back both to times I wished I could forget, as well as to the most beautiful times I have experienced.

I really enjoyed the balance Julia Wolf struck between these very different parts of the story, between the different stages of control a woman can be under, without shaming the victims for not being further along the way towards escaping their abuser. Leaving an abuser is a complex subject, and Wolf treats it with a lot of empathy and care.

In a similar way, she paints a great portrayal of healthy relationships, of healthy sexuality, both male and female, when the thrill of discovering your love keeps your heart beating that much harder, and keeps you up all night, second-guessing yourself, hoping, feeling giddy, alive.