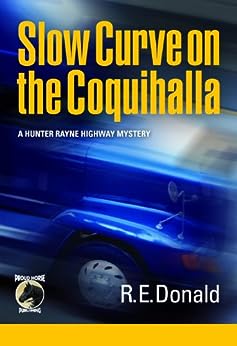 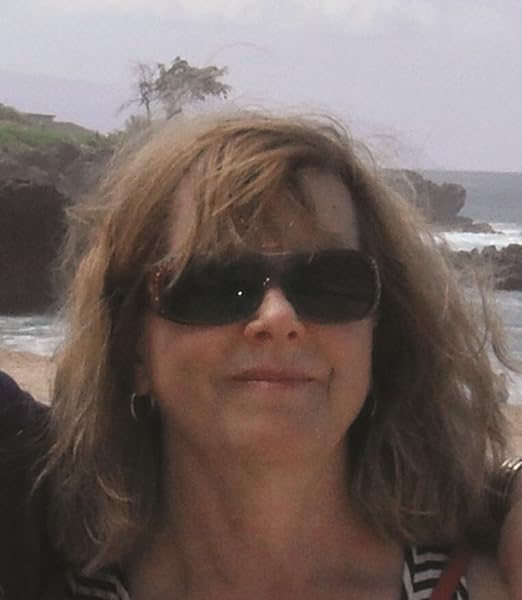 4.1 out of 5 stars
4.1 out of 5
488 global ratings
How are ratings calculated?
To calculate the overall star rating and percentage breakdown by star, we don’t use a simple average. Instead, our system considers things like how recent a review is and if the reviewer bought the item on Amazon. It also analyses reviews to verify trustworthiness.

jwals
4.0 out of 5 stars Retired Ex - RCMP detective turns to long haul trucking
Reviewed in Australia on 27 May 2014
I received a review copy of this book thru LibraryThing Members review
Hunter Rayne retired after twenty years as a RCMP detective, a few months and a driving course later, Hunter had his commercial driver's license and was on the road with his own truck transporting freight around the country.
When Randy Danyluk, a friend, a Fellow trucker and owner of a small transport company is killed in a single vehicle accident, hunter is asked by his dispatcher (also an old friend of Randy’s) and Randy’s daughter Suzanne to check with his old RCMP pals to find out what happened.
As it becomes clear that it is less likely to have been an accident, Hunter with some help from his friends start an informal investigation into Randy’s death, keeping the RCMP informed as he progresses
The book is rather slow paced, but comfortable reading, and as it’s the first in a series it will be worthwhile following up.
Read more
Helpful
Report abuse
See all reviews

Stephen Clynes
3.0 out of 5 stars Fire up the Cummins engine and hit the road with Hunter.
Reviewed in the United Kingdom on 24 January 2021
Verified Purchase
Follow Hunter Rayne as he solves a mystery back in 1995 when a lorry crashes off a road in Canada, killing the driver.

I found Slow Curve on the Coquihalla to be a soft, cosy mystery even though it involved a fatality. Hunter Rayne is a fellow trucker who was asked by the dead driver’s daughter to look into her dad’s death. But Hunter is no average trucker because he used to be a mountie with the RCMP.

R. E. Donald writes a lot of detail into her mystery - loads of paragraphs describing the colours of the landscape, the roads and locations alongside plus the workings of a haulage company. I was not bothered by her lengthy descriptions of landscapes and vegetation but loved that her locations were real and not fictional or generic.

Of great interest to me were all the details about the workings of the transport industry. Readers must remember that the technical side of trucking has moved on a tremendous amount since 1995. With modern telematics, every damn thing is monitored and recorded, there would be no mystery at all about this road traffic accident.

R. E. Donald used to work in the haulage industry and her understanding of the work and the drivers really shines through. I have never driven a lorry but many of my Facebook friends have moved over from coaches to lorries and the attitudes and issues they raise are the same as she describes. For all that bus, coach and lorry drivers enjoy their job and working on their own, whenever they compare notes, they are always moaning about similar things, year in, year out. Honest, all professional drivers are content and happy but we can have a good old moan.

Solving the mystery of the lorry crash was a steady plod with lots of finger pointing. I found the parts about Hunter’s family life tedious to read through and were an unwelcome distraction from the core of this mystery. The solving of the mystery was not mind blowing and was something to roll along with. Because the quality of her writing about trucking culture held my interest throughout this book, I consider this novel to be an Okay 3 star read.

Kitty Dunn had a small part to play in this story but she had the best line of dialogue when she said “Yes, it suited me well. Over the years, I’d gotten used to being alone, and I like having my own home without the clutter of a full-time husband”.
Read more
Report abuse

CantVal
5.0 out of 5 stars Good interesting read
Reviewed in the United Kingdom on 16 October 2016
Verified Purchase
I was offered one of her books at a reduced price and I am very glad that I accepted the offer. The one I read first was the last, so far, in the series and I immediately bought this, the first. As other reviews have mentioned the pace is slower than some other books in this genre but in some ways all the better for that as life does not offer solutions as soon as you have identified the problem! The main character seems to me to be well drawn and is likeable and his 'sidekick' is also strangely likeable. The trucking details are interesting and the peripheral characters well drawn I would recommend this to anyone who does not require their stories to rattle along at a slightly unbelievable pace
Read more
Report abuse

Many reviewers point out that the pace of the story is at times slow and this is something that I have to agree with. I don't necessarily see this as a bad thing. It's generally more of a relaxed read, although it has it's moments. Sometimes you need a different pace and this provides it. Just so you know it isn't a thrill a minute, which at times can be just as off-putting to the reader when over done.

Read this book when you're in the mood for it and you'll find it just as satisfying as a racier novel for a different reason.
Read more
Report abuse

Amazonian
4.0 out of 5 stars A slow burn but well worth reading
Reviewed in the United Kingdom on 6 March 2015
Verified Purchase
I liked this book. It has a strongly drawn central character and a credible cast of characters. I found the story to be a little ponderous but after a while settled quite happily to this more relaxed pace. If you plan to read this straight after a rip roaring page turner be prepared for a change of tempo!
Well written in an easy flowing style, I will certainly catch the others in this series.
Read more
4 people found this helpful
Report abuse

Closet Romantic
4.0 out of 5 stars It mentions Spuzzum :)
Reviewed in the United Kingdom on 24 July 2015
Verified Purchase
I would like to give this book 4½ stars. The setting was good - it mentioned so many places I visited on a trip to BC and Alberta in 1998. Even the lowly Spuzzum gets a mention :) Some good characters - I especially liked Sorry and Hunter. Story is gentle and non-threatening which was just what I needed after reading a succession of disturbing novels. And as a free download I am more than happy to pay for the rest of the series. I disagree with the reviewer who says this is a man's book. Not so at all.
Read more
Report abuse
See all reviews
Back to top
Get to Know Us
Make Money with Us
Let Us Help You
And don't forget:
© 1996-2021, Amazon.com, Inc. or its affiliates