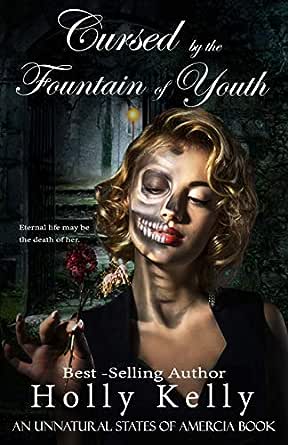 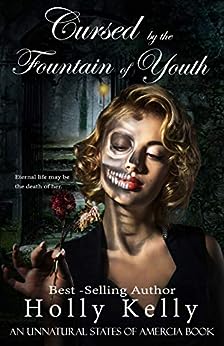 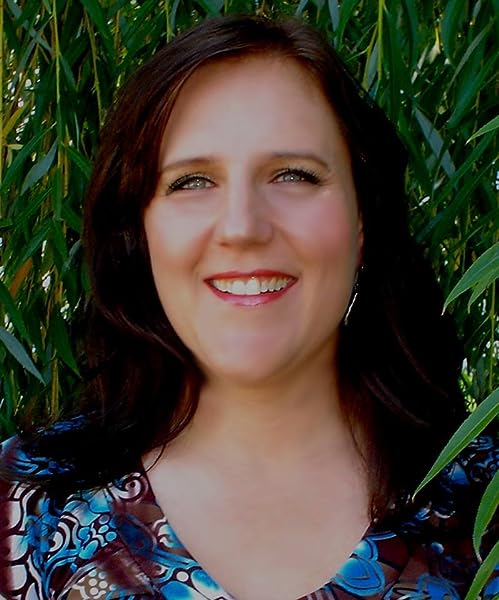 Holly Kelly is a mom who writes books in her spare time: translation--she hides in the bathroom with her laptop and locks the door while the kids destroy the house and smear peanut butter on the walls. She was born in Utah but moved around a bit, living in Kansas, Texas, and Hawaii where she studied marine biology. She's now back in Utah--"happy valley". She's married to a wonderful husband, James, and they are currently raising 6 rambunctious children. Her interests are reading, writing (or course), martial arts, visual arts, creating Halloween props, and spending time with family. --This text refers to the paperback edition.

4.5 out of 5 stars
4.5 out of 5
39 global ratings
How are ratings calculated?
To calculate the overall star rating and percentage breakdown by star, we don’t use a simple average. Instead, our system considers things like how recent a review is and if the reviewer bought the item on Amazon. It also analyses reviews to verify trustworthiness.

Amazon Customerr.
5.0 out of 5 stars Read it
Reviewed in the United Kingdom on 27 April 2017
Verified Purchase
Enjoyable from start to finish good characters holds your interest to the end perfect for a lighter read
Read more
Report abuse

Wyndi Sanchez
4.0 out of 5 stars A definite page turner
Reviewed in the United States on 12 January 2017
Verified Purchase
It only took me a couple of sittings to finish this book. It truly had a pace that kept you racing to see what happened next. The trouble is... I think some things were a bit too fast. The time line was collapsed to the point of massive developments literally happening one day to the next. I would've liked a little more character and plot development. I loved the premise of the book and will read more in the series. My only other complaint is there were several instances were the text shifted tenses. Not a deal breaker-- but noticeable enough to interrupt the flow. Still, I really liked the book.
Read more
9 people found this helpful
Report abuse

Stephany Rodriguez
5.0 out of 5 stars I couldn't be more satisfied!!
Reviewed in the United States on 28 December 2016
Verified Purchase
As soon as I seen that Mrs. Kelly had realized her new book. I had to rush to get it. I spend the last few hours engulfed with this amazingly, pure exciting new adventure. Once again, Holly Kelly had taken her readers into a world of the supernatural. I couldn't be more satisfied!!! Fae's story starts off with wild rush. With the first few words and you are dragged into the story line and hooked. So hard to put down. Nick, Morgan and everyone from the Orders are perfect. I can not wait for book 2. I know it will be just as amazing. But then again anything that Holly Kelly publishes is pure art.
Read more
5 people found this helpful
Report abuse

(I did notice a lot of grammatical errors, whether using the wrong word, forgoing a word, or phrasing the sentence in an incorrect way; there were also some punctuational errors.)

Why were people thinking Fae was a prostitute at the beginning of the story?

I assumed her scholarship had something to do with her kidnapping? Even though that doesn't really make sense to me.

How could teaching at a college class twice a week earn more money than being in the FBI?

The whole "Guardians of the Fountain of Youth" thing was confusing. No one is allowed to touch the water. If anyone gets too close, they kill the person. Why not just destroy the fountain? I mean they're not doing anything with it. Plus, if someone does drink from it, supposedly, they'll end up crazy. It's not like a statue or a big pile of jewels. What's the point of protecting it if it just sits there and no one can even appreciate it without being killed?

Seriously, how did no one think Emeric was up to no-good when he repeatedly asked for alone time with the fountain.

So based on Nick's experience, anyone that believes because the secret government group believes in the Fountain of Youth than they're "certifiably insane."

Why didn't Brigitte tell Fae the truth? Had she told her at a younger age, Fae would have been more likely to believe her. At least tell her that her mother had been killed by a cult or something and Brigitte came along and has been protecting her. I don't get why she wouldn't have said anything.

Fae stays with Nick. How did no one at the college say anything about that since he's an instructor there?

How many days/time went by from when Nick let Fae wipe the blood from her lip on his handkerchief, to the time he pulls it out of his pocket and realizes the blood is still wet? At least several days. How would that have been possible though?

Why did Layfette cut her neck for her blood? Why not the wrist or somewhere else on her arm? That just seemed like a strange spot. Or did the author have him do it there so she could reference vampires? I assume that was the case.

Layfette somehow knows that Fae will go into a hibernation. Yes, he has a lot of journals that he's been reading. That would have meant that the powers of the fountain had to have been transferred to another person at some point in time, hundreds of years prior. What happened with that person to where they got the power back into the fountain?

Mason recognized Brigitte on the tv from the times when he'd visit his father, Emeric, at the camp. That meant he'd have to be at least been...I'd say eight, for him to have remembered seeing Brigitte around the camp. Fae wasn't born yet. How old was Mason supposed to be to where he could pass as a college student?

So Layfette blocked Fae up in the old cavern place where the Spanish general had lived long ago. He'd chained her up in the room where he'd chained his wife and her lover up. Was I the only one that thought it...not sure what word I want to use here, but questionable that the author would have ghosts there? It just seemed too coincidental since the female ghost ended up helping Fae sorta. Additionally, how many walls did he block up? I mean, this place was a touristy place, so how would those that worked there not realize a bunch of walls were suddenly blocked?

Note from Fae: if a wall has just been built using stones and mortar, it will be easier to pick at the recently laid mortar as opposed to the really old stones.

Nick was looking at the surveillance video of when he and Fae arrived at the place for date night with Morgan. We learn that he'd parked in a handicapped parking spot. Why?

When Nick gets to the room where Fae had been, the one with the water, he realizes that "One of the stones was missing" on the opposite wall. One stone? Fae knocked aside several to get her body through.

How did the supernatural doctor know that kissing Fae would cause the person to become overpowered with lust?

The doc ended up injecting some of Fae's blood into Becca's IV to "rewind time" for her. Considering the story only mentions the "single dose" of blood...why wouldn't they have needed a lot more? And when they realize the blood wasn't doing anything (hello! they only used a little amount), why did the doc seem all eager to assist in Becca's suicide? Yes, she was in pain. Was she actually given any pain medicine though? Additionally, when they realized that Becca wasn't dying, the doc notes she was trying to breathe on her own. Wouldn't anyone be trying to do that though, given the situation?

Why was it only the bad witch knew that Nick was something more than human?

They want to take some of Fae's blood so Nick can make a connection with her. Maybe it just seemed like common sense to me, but why didn't they just use an IV/needle to remove the blood? Like when you go in to donate it. Wouldn't that have been easier than cutting her wrist?

Why were Jenny and Morgan's ghosts in the well, when their bodies were elsewhere?

What was the thing with Alvira and the sun? I've never heard of succubi not being able to go out into the sun.

When Fae is escaping while chatting with Morgan, how did she not notice Layfette was right behind her?

Layfette gives Theon to Morgan to eat. Both are zombies though, and I've never seen/heard of a zombie eating another zombie.

So, Theon had tried to get Thomas to come to them by saying they had Alvira. Who in the world wouldn't contact their significant other to confirm whether or not the message was true? I only ask this because there was no mention of Thomas trying to contact his wife.

Layfette, Hunter, and Fae are chatting in the barn. Layfette ends up telling Hunter to put Fae in the well. SUDDENLY, it's like Fae is all by herself because she starts calling for Morgan and Jenny to help her, and Morgan walks in with there being no sign of Layfette or Hunter.

Layfette had explained that no one would be able to find them because he killed the previous owner (who had no family). Yet, there was a family member to report him missing, and somehow, instead of going to the police they went to the FBI?!

When Hunter is getting ready to put her in the well, they're face to face. How did she not think to kiss him? Swap some spit and get him hooked on her.

I didn't understand how they couldn't help Jenny. Yes, her neck was broken, but why couldn't they turn the time back for her as well? Her ghost was still there.

Lastly, Jenny asks Alvira if she'll be going to Heaven and will she be able to see her mom? Alvira's response? "Yes." How would she know though?