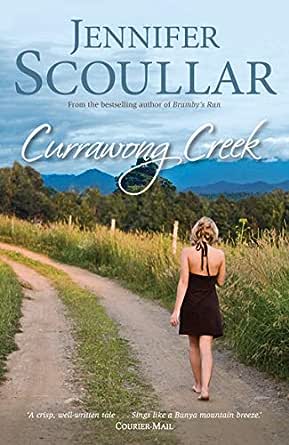 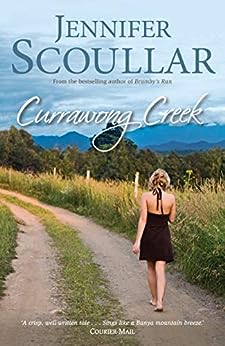 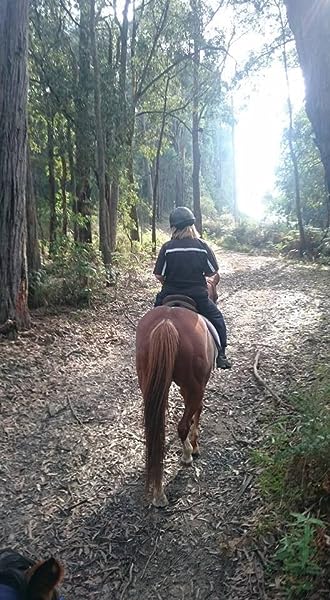 'A thought provoking, emotive read with a delightful warmth. I'm now going to hunt down everything this talented Australian author has ever written.' The Eclectic Reader

Natalie C
4.0 out of 5 stars A lovely read
27 June 2014
Format: Kindle EditionVerified Purchase
I really enjoyed this novel. I liked that it is a romance novel that nevertheless deals with some issues such as the child foster system, and coal seam mining. The ending surprised me a bit (I won't give it away!), I don't know how realistic such an ending is but it just wasn't what I expected at all and took me a while to digest because it was over so quickly. I would have liked to learn a little bit more about Jack's actual mother, to see things through her eyes. But the setting is lovely (loved the bits about horse therapy - I've heard of it before but it was nice to see it in action), the main character is someone you can empathise with, even when she disagrees with everyone else and you can see that they are all using common sense while she is acting based upon her emotions...that is something we all do sometimes and I liked that she wasn't perfect. There are lots of dogs and horses and animals running around, which I just loved. I also enjoyed getting to know Jack. I gave it four stars because it was a nice read that made me happy (only books that really change my life get five stars, so four is pretty good).
Read more
Helpful
Comment Report abuse

Marcia@Book Muster Down Under
TOP 1000 REVIEWER
4.0 out of 5 stars Warm and Humorous
4 August 2015
Format: Kindle Edition
When Brisbane-based legal aid lawyer Clare Mitchell is left “holding the baby” so to speak, in this case four year old Jack who has been deserted by his mother, Taylor, when she walks out of a consultation under the pretence of going for a cigarette, Clare’s life is thrown into turmoil.

After the Department of Human Services arranges for Jack to be placed in a Contingency Unit due to the lack of available foster carers and once Jack takes an instinctive dislike to everyone bar Clare, she makes an impulsive decision and offers her assistance, little knowing what’s ahead of her. Used to being single and living in a small apartment, both Clare and her apartment are ill-equipped for the shenanigans involved when it comes to the mischievous four-year-old Jack and Samson, the German Shepherd puppy she recently inherited from her deceased father.

As she tries to find an equal balance between work and life with Jack and his challenging behavioural issues which are a source of contention at the daycare he attends, she finds herself more often than not being reminded of Currawong Creek, her grandfather’s horse property in Merriang at the foot of the Bunya Mountains where her and her brother spent many happy hours as a children – until their mother walked out on them and their father decided to distance himself from that side of the family.

Things become a bit more complicated after her boss announces that her temporary care of Jack may need to be extended due to unforeseen circumstances and, at his suggestion that she take some leave, Clare takes a long hard look at her life. While she’s eager to rise up the ranks in a job that she is passionate about and, when an embarrassing event involving her barrister boyfriend Adam leaves her bristling, she makes the decision that the best thing for her, Jack and Samson is a tree change.

Making all the logistical arrangements with her grandfather, Clare finally finds herself at Currawong Creek and, for me, gets off to a hilarious start in her new life when she finds herself in a bit of a pickle after having climbed a tree as well as a tussle between the handsome Tom, the local vet, and a python.

Tom, although not fleshed out as much as Clare, is a very likeable character who clearly grows to love both Clare and Jack and, while there isn’t much in the way of personal conflict between them, I found this to be a somewhat refreshing change, with Jennifer Scoullar instead creating the two sources of conflict in the form of Taylor, Jack’s mother (along with the lack of placement options for children who have behavioural issues), and the fears facing our farmers in relation to the mining of coal seam gas.

Ms Scoullar’s love of the land, as well as her concern for the larger issues at hand, which are dealt with sensitively, truly shine through in her prose and having regard to the fact that I live in Toowoomba and have done a few trips to the Bunya Mountains myself, her sense of place is brought to life in her precise observations of the landscape, immediately allowing me to conjure up the majestic beauty of my part of the Darling Downs, as I envisaged Clare driving up the Range into Toowoomba and then on through the rural countryside which surrounds the Bunyas.

The incorporation of animal interaction, specifically equine therapy, also plays a role, but the landscape is central in all the characters’ lives, and I felt that I was in a living, breathing world sharing their experiences.

Told with warmth and humour, this is a story about family, the risks and rewards of selfless devotion and the powerful bonds we form with animals and the land.
Read more
Helpful
Comment Report abuse
See all 2 customer reviews
Write a customer review

Amazon Customer
4.0 out of 5 stars I enjoyed this novel.
13 February 2019 - Published on Amazon.com
Verified Purchase
I would have given 5 stars but had to skip some sex scenes most were not too explicit. Otherwise I really enjoyed it.
Read more
30 people found this helpful

Cynthia St. Germain
5.0 out of 5 stars Have a few tissues ready
5 October 2018 - Published on Amazon.com
Verified Purchase
This was a very touching story of a legal aid Lawyer was helping a young woman get things together with her little boy. Claire takes a chance to help a little boy who is suppose to be Autistic. She ends up taking him off and visiting her grandfather and helping little Jack. But she also find a love. It's such a wonderful story.
Read more
11 people found this helpful

Dedicated reader
5.0 out of 5 stars Beautifully written story of healing hearts and minds
18 December 2018 - Published on Amazon.com
Verified Purchase
I loved this author's work and this story. It was well written and the characters were real and believable. It touched a chord concerning the horse therapy for young and adult folks with emotional or developmental issues that was lovely. It also showed the consequences of fracking which need to be sounded.
Read more
9 people found this helpful

Billie L. McClure
4.0 out of 5 stars Conservation at it's core
23 January 2019 - Published on Amazon.com
Verified Purchase
I really like this author, and I like her descriptions of feeling at home in an area that you want to protect. The only reason I didn't give it 5 stars is because I don't know that much about Australia's bird life, although I learned a great deal. I like the strong characters and their relationships.
Read more
6 people found this helpful

Stingraycruisin
5.0 out of 5 stars Currawong Creek
6 April 2019 - Published on Amazon.com
Verified Purchase
I really like Jennifer's way of telling her story about Australian people and culture. Station life, horses, wildlife and the tie in to some peril for the people to deal with. A little romance is always good too. I loved the book and recommend it.
Read more
4 people found this helpful
Go to Amazon.com to see all 118 reviews 4.5 out of 5 stars
Get FREE delivery with Amazon Prime
Prime members enjoy FREE Delivery and exclusive access to movies, TV shows, music, Kindle e-books, Twitch Prime, and more.
> Get Started
Back to top
Get to Know Us
Make Money with Us
Let Us Help You
And don't forget:
© 1996-2020, Amazon.com, Inc. or its affiliates