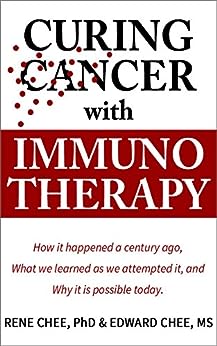 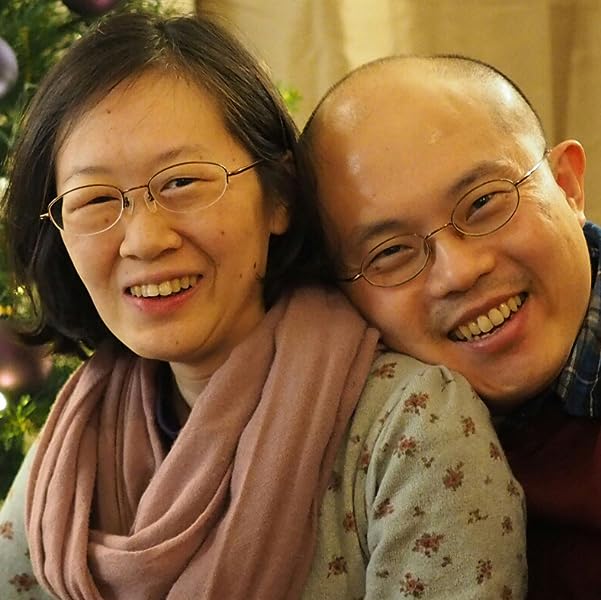 Curing Cancer with Immunotherapy: How it happened a century ago, what we learned as we attempted it, and why it is possible today. Kindle Edition

by Rene Chee (Author), Edward Chee (Author) Format: Kindle Edition
See all formats and editions
Sorry, there was a problem loading this page. Try again.
Four out of every ten people will be diagnosed with cancer sometime during their lifetime. 600,000 cancer patients in the U.S. will die every year.

For decades, standard therapies have remained powerless against advanced cancer. But in the 1890s, an American surgeon showed that terminal patients could be cured by stimulating their immune systems. The treatment? A concoction of dead bacteria known as Coley’s Toxins.

This is the real-life story of Rene Chee, a biologist diagnosed with an aggressive cancer in 2008 while working at Stanford University. After conventional treatment, she realizes her survival odds are dim. Turning to alternative medicine, she and her husband discover Coley’s Toxins. Embarking on an arduous journey, they overcome obstacles and danger to obtain Coley’s Toxins and other immunotherapies. They have an ally: a world-renowned immunologist who teaches them how to unleash Rene’s immune system against the cancer.

Through the lens of their story, the reader will be empowered with a broad understanding of immunotherapy today. Readers will also learn how to leverage the immune system in powerful and practical ways against cancer using drugs, diet and determination. Discussion questions are included at the end of the book for reading groups or book clubs.

Topics covered include:
- How cutting-edge immunotherapies work
- How tumors can hide from the immune system
- How to maximize immunotherapy by combining treatments
- How low-carb diets and high omega-3 diets can weaken tumors
- How to obtain immunotherapy

An immune-based cure is possible today. If you are ready to examine the evidence and see how it can be achieved, this book is for you.
Read more
Previous page
Next page

Amazon Customer
5.0 out of 5 stars Can't recommend this book enough!
Reviewed in the United Kingdom on 22 June 2017
Verified Purchase
This book is incredible. Battling stage 4 cancer, it gives us hope. It uplifts us to read it, and will remind you of the amazing fight your body has in it, even if it doesn't always feel like it. It opened our eyes to a whole new type of cancer treatment and has given us the drive to try and achieve this. Brilliantly written, with just enough science to help us understand but not be too overwhelming, and also includes all the resources for further information should you wish to get it.
Read more
Report abuse

justlory
5.0 out of 5 stars Very good book
Reviewed in Italy on 16 October 2017
Verified Purchase
A must have book for any person with Sarcoma, or Synovial Sarcoma. Good and useful information on how you should tackle it
Read more
Report abuse
Translate review to English

tfshao
5.0 out of 5 stars This is a must read book for cancer patients
Reviewed in the United States on 26 July 2016
Verified Purchase
It did not take very long for me to finish reading this book. It is intense but very readable. As a cancer patient, I resonate to every little mental experience that Rene went thru and most likely only at a less traumatic level as my sarcoma was much easier to deal with than hers. True to their scientific training, both them obviously kept detail notes and data of their journey. All interested readers would be thankful that they shared in so personal way that one can feel as one reads. As an engineer, I appreciate greatly the lessons learned approach periodically through out the book. I book marked every one of them. The last one third of the book of summarizing their understanding of the cancer and immunotherapy (with all the relevant reference articles) approach is really a treasure for people who want to gain the knowledge and add to their war chest in dealing with their cancer. Throughout the book, it shows the scientific conviction and determination by their desire and willingness to re-examine the well known practices and explore new ways and try them faced with uncertainty but always based on, at a minimum, plausible theory and evidences. That takes abundant courage and I was scare for them but most of all admire both of them. Their love for each other sustained their fight for the cure through the failures and uncertainties. Even in facing seemingly certain death prognosis their humors showed through.

Nine years after my own resection of sarcoma I am free of signs of cancer. I still continue with most of the supplements recommended by Dr. Raymond Chang and my loving wife helps me to control my diet but I find myself becoming perhaps a little over relaxed. Reading this book kicked my butt to think over and improve my diet and exercises. I thank the authors sincerely. A cancer patient should never take for granted that he is free from cancer.
Read more
12 people found this helpful
Report abuse
See all reviews
Report an issue
Does this item contain inappropriate content?
Report
Do you believe that this item violates a copyright?
Report
Does this item contain quality or formatting issues?
Report