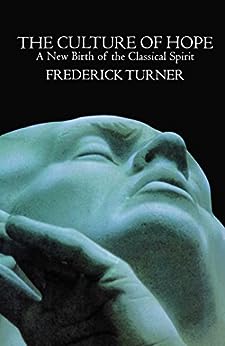 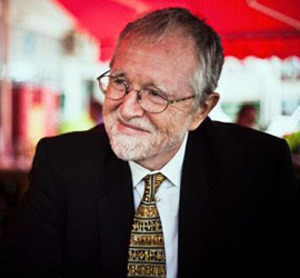 Culture of Hope: A New Birth of the Classical Spirit Kindle Edition

Edward O. Wilson "Pellegrino University Professor, Harvard University; Author, "The Diversity of Life" "The Culture of Hope" takes us past the wreckage of postmodernism to revive the dream of the unification of science and the humanities -- and hence of culture. Frederick Turner is an articulate spokesman for the small band of visionaries who know enough, and care enough, to make that dream realizable. --This text refers to an out of print or unavailable edition of this title.

Frederick Turner is the Founders Professor of Arts and Humanities at the University of Texas at Dallas. He is the author of sixteen books of poetry, criticism, and fiction, including The New World: An Epic Poem; Rebirth of Value: Meditations on Beauty, Ecology, Religion and Education; and Tempest, Flute and Oz: Essays on the Future. --This text refers to an alternate kindle_edition edition.

The Sexton
3.0 out of 5 stars Some moments of clarity and perceptiveness
Reviewed in the United States on 12 November 2018
Verified Purchase
Some moments of clarity and perceptiveness but long-winded, and too mystical for my taste. Needs more down-to-earth insights and more masculine hard facts. Quite feminine and wispy some of the time
Read more
2 people found this helpful
Report abuse

Valjean
4.0 out of 5 stars Claiming the Best Within Us
Reviewed in the United States on 17 January 2007
Verified Purchase
This book - with its diminutive subtitle of `A New Birth of the Classical Spirit' - is after very big game. Nominally a broadside against post-modernism in the arts, `The Culture of Hope' quickly expands its focus to tackle the entire American cultural establishment and goes after this monstrous weed by its roots. I found his effort hopelessly ambitious -- but strangely successful in many respects. Frederick Turner's arguments are complex but utterly novel, his *optimism* is refreshing (especially compared to reactionary cultural commentaries that regard any cultural *change* as hedonistic or ridiculous), and his courage to wage these battles from *within* the academic world downright inspiring.

Where else in the academic world, for example, would you find a scholar arguing for "a return to patriarchy, in its best sense" (and using the glorious *Don Giovanni* as an artistic example)? To show he's no prissy "conservative" critic, Turner also gives a nod to matriarchy (but easily shows its cultural destruction by "oppressive" patriarchs to be a myth), and witheringly contrasts both of these with what he terms the "juvenocracy" - a culture that ultimately destroyed the traditional patriarchy/matriarchy divide (under the neat guises of anti-authoritarian and "feminist" ideals), replacing it with a cult of the hip, young (men, mostly), self-absorbed, impulsive and emotional. If all this sounds a bit abstract, be assured Turner provides lengthy examples from history and literature - ranging from the Greek muses to Shakespeare - to hammer home his points.

I was further impressed by an overall lack of sourness. The author generally stays very true to the "hope" in his title - and impressively devotes the majority of this book to a new cosmology and doesn't dwell on the old. If he proposes any "manifesto" it consists of what appears to be rather simple propositions:

* Reunite the artist with the public

* Reunite the past with the future

The harkening-back verbs are intentional. One of Turner's subtlest and best points is an exhortation not to literally *return* to the past, but rather to bring back many of the *methods* of the past with the best of the present. (Rather obvious in the last point, of course.) Contrasted with the modernist "starting from zero" impulse, this stance appears mature and reasoned - rather than peevish and emotional. Juvenocracy, indeed.

Many commenters have skewered the avant-garde, of course - Paul Johnson's doorstop-like `History of Art' being a, well, solid recent example. But Turner is a true apostate: an *academic* storming the gates of the modern (and, for good measure, post-modern) cultural fortress. Other writers and critics can be easily dismissed as "conservative" (read: not *serious*, not one of us) and therefore probably "retro" or "old-fashioned" (why, they actually think representation art has merit! How quaint!). Turner, an arts and humanities professor at the University of Texas, has not such protection. No doubt he gets few free tickets to openings.

If you find any part of the current art and cultural scene fundamentally distressing I strongly recommend a careful reading. Turner's only nagging flaw - an occasional lapse into jargon - seems to be in all academic's DNA and only slightly detracts from an otherwise sterling effort.
Read more
20 people found this helpful
Report abuse
See all reviews
Back to top
Get to Know Us
Make Money with Us
Let Us Help You
And don't forget:
© 1996-2021, Amazon.com, Inc. or its affiliates