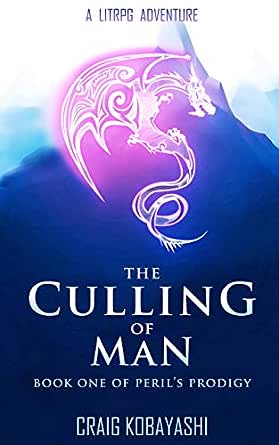 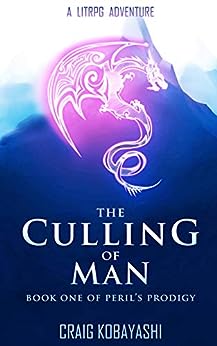 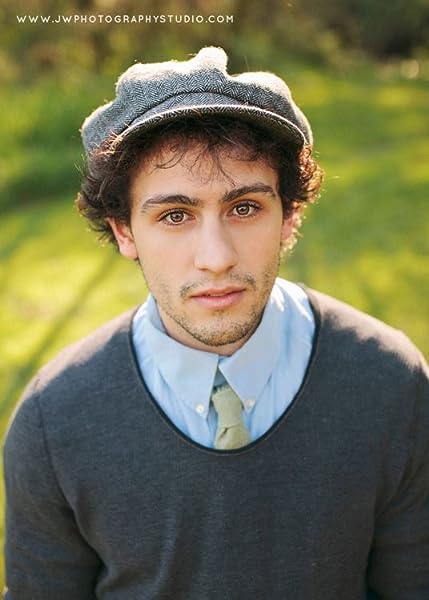 I'll bet you've never read anything like the final boss at the end of this 24 hour LitRPG apocalypse.

Garath was a gamer that spent his time adventuring in magical worlds behind a keyboard. He was exploring one of those very worlds when the planet that he actually inhabited became suddenly, and drastically more interesting.

The ability to shapeshift into a house cat or summon a demon to serve him were things that were only possible in video games and epic fantasy novels, until they weren't. He may not have had the luxury of a controller or mouse to explore his new abilities, but Garath's dream came true when Earth was fundamentally altered. More akin now to the RPG games that he loved so much than the 9-5 grind he'd woken up to that morning. He's a quick study though, and learns quickly that this new Earth isn't just fun and games.

The tutorial kills everybody.

Well not everybody. Almost everybody. Garath and a motley crew of friends and neighbors band together to survive. They are forced to work together using their new abilities to hold off the increasingly deadly waves of monsters.

The Peril's Prodigy series features 30 unique Classes, a Human racial Ability to shapeshift, character leveling, some things you really just can't un-read, and a look into the future of this new Earth. It will make you laugh. It will make you cringe. And if you're anything like Garath, it'll make you wonder where in the hell on this new video game Earth were all the god damn hot elves??

***Full disclosure: this is not a harem novel. There are no hot elves.

CJF
TOP 500 REVIEWER
3.0 out of 5 stars Solid but unspectacular
Reviewed in Australia on 22 November 2019
Format: Kindle Edition
This was a solid post-apocalyptic LitRPG. All th usual elements are there - a suitably grim beginning, struggle and conflict along with learning the new world rules and character development. Everything seemed quite fresh at the beginning, but as I continued to read, the story lacked anything truly original or new to make it stand out. So overall okay, but nothing special.
Read more
Helpful
Comment Report abuse

Lance Beam
4.0 out of 5 stars A solid start for a new author, well worth the read.
Reviewed in Australia on 13 January 2020
Format: Kindle Edition
There are a number of interesting characters faced with intriguing challenges in grim circumstances. The book sets up the premise of the new world through their eyes of the main character and describes his internal balancing act between personal survival, individual power and his membership of a community of fellow survivors. The foreshadowing regarding the possible costs of pursuing personal power is one reason I will definitely get the next book when it comes out. Overall an good example of the LitRPG genre.
Read more
Helpful
Comment Report abuse

murray powell
4.0 out of 5 stars Solid writing, couple editing errors
Reviewed in Australia on 15 January 2020
Format: Kindle Edition
I enjoyed the story and I feel like the main character has the potential to be going somewhere intresting. There were a few editing errors but all minor and not really enough to affect the reading experience.
Read more
Helpful
Comment Report abuse
See all reviews from Australia

Candice
5.0 out of 5 stars Really enjoyed this book!
Reviewed in Canada on 13 February 2020
Format: Kindle EditionVerified Purchase
I bought this book after reading it free on Kindle Unlimited because I enjoyed it so much and hey.....why not help out the author!
I would definitely recommend this book to others and can’t wait to see what happens from a certain “object” along with the growth of the characters in Book 2 ! Good job Craig :)

Amazon Customer
1.0 out of 5 stars Not worth the price of the book
Reviewed in Canada on 13 November 2019
Format: Kindle EditionVerified Purchase
Pretty basic; nothing new to be read
Read more
Helpful
Sending feedback...
Thank you for your feedback.
Sorry, we failed to record your vote. Please try again
Report abuse

Amazon-klant
3.0 out of 5 stars Average
Reviewed in the United States on 28 November 2019
Format: Kindle EditionVerified Purchase
Okay,. But lacks creativity and any form of tension. Classical MC does everything well and everyone else is stupidly dependent. As well as antagonists are unreasonably evil (even though the author does provide a reason. Which is basically a trope just to explain the unreasonably). Just an average story.
Read more
14 people found this helpful
Helpful
Sending feedback...
Thank you for your feedback.
Sorry, we failed to record your vote. Please try again
Report abuse

Timothy E. O'Neal
1.0 out of 5 stars Good title, terrible book
Reviewed in the United States on 5 January 2020
Format: Kindle EditionVerified Purchase
A hack and bash read with very little actual story behind it. The author constantly forgets what hecwrote previously and changes the rules of his world to support his desired outcome. Spells that were limited suddenly have no limit at all, dragons that use breath weapons constantly leave no damage to the world except for human casualties and some how a group of 100 make it completely through wave after wave of monsters with no deaths and only a few close calls. Their mana supplies never bottom except when its safe to so. The author is a casual gamer with no real talent for writing
Read more
8 people found this helpful
Helpful
Sending feedback...
Thank you for your feedback.
Sorry, we failed to record your vote. Please try again
Report abuse

Drake Morgan
5.0 out of 5 stars Very solid litrpg
Reviewed in the United States on 20 November 2019
Format: Kindle EditionVerified Purchase
Slacker stoner hero has to try to save the world from the apocalypse. Fortunately, he's a gamer... Editing wasn't bad, some glaring errors early on though. Nice classes, nice monsters, good side characters, great animal transformation uses. Some of the loot seemed too generous (too many epics) but overall very solid and fun. Too bad there is no book two yet or other books from the author. Liked it a lot, not as grim as most apocalypse books.
Read more
7 people found this helpful
Helpful
Sending feedback...
Thank you for your feedback.
Sorry, we failed to record your vote. Please try again
Report abuse
Load more international reviews

Cody
5.0 out of 5 stars Post apocalyptic litpg
Reviewed in the United States on 5 December 2019
Format: Kindle EditionVerified Purchase
The post apocalyptic earth turned gamified is one of my favorite flavors of the gamelit genre. Saying that I've read pretty much all of them and this book is probably in my top five. Definitely worth a read if you enjoy this genre and I can't wait for the next in the series. Also I like summoners and shifter classes and this has both!
Read more
7 people found this helpful
Helpful
Sending feedback...
Thank you for your feedback.
Sorry, we failed to record your vote. Please try again
Report abuse

Karen A.
3.0 out of 5 stars Not much new
Reviewed in the United States on 30 November 2019
Format: Kindle EditionVerified Purchase
Not much that is differentiates. Only big plus was an elderly lady choosing to become part of the battle group
Read more
7 people found this helpful
Helpful
Sending feedback...
Thank you for your feedback.
Sorry, we failed to record your vote. Please try again
Report abuse

Kindle Customer
4.0 out of 5 stars Interesting
Reviewed in the United States on 22 December 2019
Format: Kindle EditionVerified Purchase
I liked it and look forward for more..

Kindle Customer
5.0 out of 5 stars an awesome apocalyptic litrpg story.
Reviewed in the United States on 12 February 2020
Format: Kindle EditionVerified Purchase
This story was a good read throughout. It managed just the right tone for this sort of story by focusing on moving forward and rebuilding. A great addition to the sub genra.
Read more
2 people found this helpful
Helpful
Sending feedback...
Thank you for your feedback.
Sorry, we failed to record your vote. Please try again
Report abuse

John
5.0 out of 5 stars What happens next
Reviewed in the United States on 23 November 2019
Format: Kindle EditionVerified Purchase
Really enjoyed this book
Lots of potential for a great series, can’t wait for the next one so hurry up Lol

Mars
5.0 out of 5 stars Great start and good read
Reviewed in the United States on 8 January 2020
Format: Kindle EditionVerified Purchase
I like the story and the location that the character is in. Wish there was a bit of a level or skill grind just to see what that looks like.
Read more
One person found this helpful
Helpful
Sending feedback...
Thank you for your feedback.
Sorry, we failed to record your vote. Please try again
Report abuse