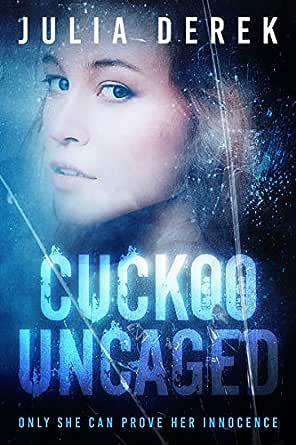 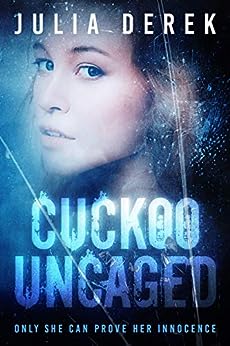 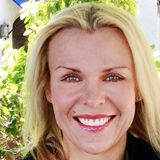 Cuckoo Uncaged: A fast-paced suspense thriller that will keep you hooked. Kindle Edition

ONLY SHE CAN PROVE HER INNOCENCE

Yvonne Landis has escaped from a mental institution, where she was treated for psychosis. Accused of murder, she will stand trial once psychiatrists deem her fit enough to understand her charges. Only Yvonne knows that she didn't kill her husband; her son Gabe did. Because she was onto him, he tricked the authorities into believing that Mom killed Dad. Having been traumatized in his tweens, he suffers from extreme anger issues. In order to deal with them, he must kill on occasion.

Yvonne is determined to prove to everyone that not only did Gabe kill his father, but that he's the one who's truly dangerous, not she. That's easier said than done, considering her fugitive status and the psychotic episodes she still experiences...

Bella
5.0 out of 5 stars good series good author
28 December 2019
Format: Kindle EditionVerified Purchase
I got the boxed set for free but had to buy this book to find out what happened cannot wait till feb for next one but hope it finishes with that one as it is becoming a bit fanciful for him not to be found out with his killing fetish - loved it
Read more
Helpful
Comment Report abuse
See all 1 customer reviews
Write a customer review

Rolando
5.0 out of 5 stars A thriller to keep you awake at nights!
23 December 2019 - Published on Amazon.com
Format: Kindle Edition
This is one of the best thriller/suspense novels I've read in many moons. It starts out with Yvonne, widow of the man she was supposed to have killed, in a mental hospital. She knows that her son Gabe had killed his dad but she has to prove it, so she escapes from the institution in order to vindicate her name. The authorities are searching endlessly to arrest her before she can, supposedly, kill again.
In the meantime Gabe is on a "killing war path" of his own due to his mental problems brought about by being abused as a child.
Yvonne and Gabe run into some interesting characters in their quest to
accomplish their means to an end.
If you enjoy a mystery where you are sitting on the edge of the seat, wondering what is in store for the next phase of this read, then you don't want to miss out on this one. Julia Derek makes the readers feel as though they are bit players in this twisted suspense novel....don't let this one get by!!!!

Submitted by:
Rolando
Read more
One person found this helpful

K. Shields
5.0 out of 5 stars Buckle up for a great ride!
2 January 2020 - Published on Amazon.com
Format: Kindle Edition
Once again, in her riveting style, the author keeps you on the edge of your seat following Yvonne trying to solve the crime she was accused of. The twists and turns are so suspenseful that when you get to the end, as with the other books in this series, you once again, say Noooooooo it can’t be the end!! I highly recommend this one as well as the others and hope the author is hard at work on the next one.
Read more
One person found this helpful

Mikelle Ericson
4.0 out of 5 stars Very exciting and fast paced thriller
9 January 2020 - Published on Amazon.com
Format: Kindle Edition
Julia has crafted an unputdownable thriller. Her characters are well developed and understandable-relatable.
I finished the book two evenings in the few hours before bedtime.
I look forward to the next book in the series.
Read more
One person found this helpful
Go to Amazon.com to see all 3 reviews 4.6 out of 5 stars
Get FREE delivery with Amazon Prime
Prime members enjoy FREE Delivery and exclusive access to movies, TV shows, music, Kindle e-books, Twitch Prime, and more.
> Get Started
Back to top
Get to Know Us
Make Money with Us
Let Us Help You
And don't forget:
© 1996-2020, Amazon.com, Inc. or its affiliates