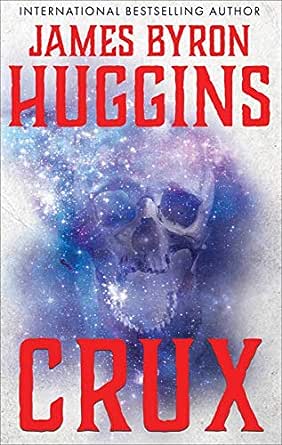 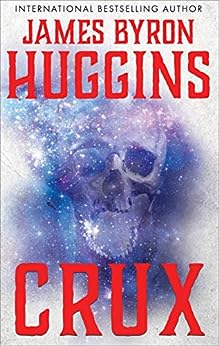 James Byron Huggins was a decorated police detective in Huntsville, Alabama, when he published his first novel, Wolf Story, to international acclaim. He left the force to write full time, and his subsequent novels The Reckoning, Cain, and Hunter all met with national and international praise. After a hiatus to work on films, he's back to writing books and just published his latest original thriller, Dark Visions, in addition to republishing (and for the first time in digital) his classics The Reckoning and Hunter through WildBlue Press (wildbluepress.com). He lives in North Carolina. --This text refers to the paperback edition.

4.1 out of 5 stars
4.1 out of 5
67 global ratings
How are ratings calculated?
To calculate the overall star rating and percentage breakdown by star, we don’t use a simple average. Instead, our system considers things like how recent a review is and if the reviewer bought the item on Amazon. It also analyses reviews to verify trustworthiness.

Music Fanatic
5.0 out of 5 stars Huggins delivers once again in an ultimate good vs. Evil tale.
Reviewed in the United States on 15 October 2019
Verified Purchase
For those of you who don’t like a lengthy review and just want the meat and potatoes than ‘Crux’ is a fantastic book and if you like fast paced, thought provoking books full of action than you need to get it right away.

Now for those who don’t mind spending two minutes to read the thoughts of a longtime James Byron Huggins fan in more depth than here you go.

Back in the mid-90’s I was sitting on the couch leafing through a magazine, yes, a real life, physical magazine with paper pages and all! I believe it was the Fiction magazine from CBD (Christian Book Distributors). I ran across a title in the new arrivals section of a book called ‘Leviathan’, not related in the least to the 1989 Peter Weller film. The cover was green and had this mountainous rock jutting out of the water with lightning striking around behind it and at the top the caption on the cover read “An unholy alliance between science and nature unleashes havoc beyond imagining”. I read the short description they had listed and was immediately intrigued, this sounded like a great book. I quickly jotted down the title on my list of books to include in my next order and went on my way.

Two days later I was at a friend’s house, a fellow bookworm like myself, and he said he had gotten this new book and that I just had to read it. He left the room and returned holding a copy of “Leviathan” and thrust it into my hands and told me to take home and read it.

I did just that. In fact I started the book that evening after dinner and found it so enthralling that when I turned the final page and closed the book I looked up and found it to be 3 a.m. The book was something new in Christian fiction, an action packed thrill ride that read like an Arnold, Stallone or Willis film and that is when my love for James Byron Huggins’ books began. I was semi familiar with his name before and knew he had a book called ‘A Wolf Story’ that was likened to a C.S. Lewis style allegory, but I had not read it at that point. After reading ‘Leviathan’ I quickly went in search of ‘A Wolf Story’ and his second book, ‘The Reckoning’ and devoured those two as well.

I was first in line when his next book, ‘Cain’ released and have been with each subsequent books since that time.
‘Leviathan’ and ‘The Reckoning’ still stand alongside some of my all-time favorite novels and I have read every book James has written and enjoyed them all immensely and he is one of the few authors that I will purchase without knowing a single thing about the book beforehand. He is just always that good.

In July of last year (2018) James released his first work in a while, a fine thriller called ‘Dark Visions’, and now with only a little more than a year’s wait we are once again given his next page turner in ‘Crux’.

And what a book it is.

In typical Huggins style we have a larger than life hero pitted against a monstrous evil and a plot that is just outlandish enough to be fiction yet just plausible enough to be tomorrow’s headlines.
This time James takes us on an interdimensional ride of good vs. evil with the secretive Large Hadron Super Collider as the setting for the story. After scientists disappear during a test gone awry, the sister of one of the missing scientists engages the help of a mysterious man named simply Isaiah. Battling demons and the forces of Hell itself in a last ditch effort to save not only their lives, but our entire way of life and world.
All of Huggins’ mainstays are here. Good vs. evil, a flawed hero that we can all cheer for and one epic final fight scene.

James has the great ability to write books that, on the surface for those who only want mindless thrills packed with a great story, are just that, but for those who want to delve deeper into the meanings behind the story there is always plenty to take away from his books than simple mindless fun and very often he writes battle scenes in ways that have two-fold meanings and may represent something more than just a fight scene if you are willing to look deeper into what the man is really writing about and see parallels into real life.
As usual, Huggins deftly combines just enough fiction with just enough science and truth to make this one hell of a scary book about something that very well could happen and having lived the life he often writes about gives an authenticity to his books that you don’t get too often.

I won’t tell you too much else about the book as I don’t want to spoil anything for you, but if you have enjoyed any of Huggins’ other works, enjoy action-packed, thrill a minute books or are just a fan of damn fine thrillers, than this is a book for you.
You won’t regret taking the time to read this one, but you may well find after reading that you have a new source of fear you may not even have known you needed to fear beforehand.

Brian Tubbs
4.0 out of 5 stars Cain, Leviathan, and a lot of Advanced Science
Reviewed in the United States on 16 October 2019
Verified Purchase
I’m a huge fan of James Byron Huggins. This story is basically a mash-up of “Cain” and “Leviathan” with a whole lot of advanced physics thrown in.

The characters are likable. The action is outstanding. Some parts get a little long on the exposition and commentary in my opinion, but that’s just my opinion.

The book raises a lot of questions and provokes a lot of thought and discussion about the nature of life, reality, and eternity - which is undoubtedly what the author is going for.

Personally, I still think “Cain” and “Leviathan” are Huggins’ best monster thrillers — with “Rora” being his best overall. But “Crux” is still very enjoyable. I definitely recommend it.
Read more
6 people found this helpful
Report abuse

Bernard Lee Deleo
5.0 out of 5 stars Great book, my friend!
Reviewed in the United States on 9 October 2019
Verified Purchase
Oh my… I have feared the Large Hadron Collider and all its copies being built in evolving layers of disaster, each larger than the one before. Here in reality, reality has changed since the first operations of the Collider. James Byron Huggins envisioned the nightmares made in the simple statement, ‘just because you can do something, doesn’t mean you should’, and he illustrates it perfectly in CRUX. For all those simple citizens of reality as it now exists, beware exactly what James envisions here.
Read more
6 people found this helpful
Report abuse

gennaro
1.0 out of 5 stars Ridiculous Story weak dialog ( spoiler alert )
Reviewed in the United States on 19 March 2020
Verified Purchase
I don't know what the other reviewers are talking about over 200 pages of Blah ,Blah ,Blaha developing weak characters and some kind of elaborate plans to sneak in to the worlds most heavily guarded secret facility only to throw away any ,what could have been , an exciting impossible mission plot turned into a ridiculous dialogued laden walk in . Then create some ridiculous biblical monsters from another dimension. Give ME A Break ! Impossibly bad ending. Then after 313 pages of this dribble I was left with a half page of no explanation of what happened and two people who lived happily ever after with no consideration for what this was all about rescuing Amanda's Sister!! Then a number of pages promoting another book. REALLY ! Lover of SiFi but not this one and certainly I will not waste my money on another .
Read more
2 people found this helpful
Report abuse
See all reviews
Back to top
Get to Know Us
Make Money with Us
Let Us Help You
And don't forget:
© 1996-2021, Amazon.com, Inc. or its affiliates