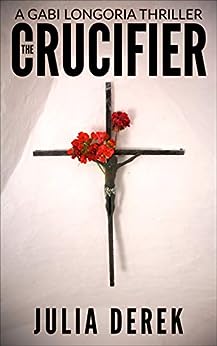 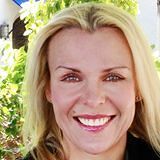 A-Canadian-in-Singapore
3.0 out of 5 stars Lack of focus lets it down
Reviewed in the United Kingdom on 16 July 2016
Verified Purchase
I'm not really very impressed with this one.

For a start, mysteries are supposed to have clues as to the real killer's identity, as well as the usual array of red herrings and false leads. This one seems to have no clues whatsoever apart from red herrings - the "reveal" comes completely out of left field and makes no sense whatsoever. Which is not playing fair by the reader (at least as far as mystery novels go). So it doesn't work as a classic mystery.

The killer, once revealed, is a completely different character than they were before the reveal - all narcissistic cackling and I'm-a-psycho posturing - and is just not believable. The psychological makeup of all the characters is not believable, quite frankly, and it's frustrating that the hero detectives are supposed to be really clever and capable, and yet never have a clue what's going on. So it doesn't work as a police procedural or a psychological suspense.

How the victims are connected is given away in the title (no spoilers there - it's called Friending the Devil). But that means that the killer's big "reveal" of how he did it is rather ho-hum, because it's perfectly obvious.

Finally, this is part of a whole series about meta-humans, except the meta nature of some of the characters is completely irrelevant to the story. So why include it? It strikes me as a wasted opportunity. So this doesn't work as a science fiction or scifi-mystery, either.

My personal feelings is that this would have worked better if the author had picked one type of story /genre they wanted it to be, and focused all their energy on trying to make it work as that type of story. As it is, it feels like this is trying to be too many different stories at once, and as such, it doesn't really succeed at any of them.

Brad S
5.0 out of 5 stars A mind-bending thriller
Reviewed in the United States on 29 December 2015
Verified Purchase
I was instantly drawn into the book and couldn't put it down until I found out who the killer was. And the killer came as a great surprise to me. Loved how the relationship between the two main characters keeps evolving and all the stuff about the meta-humans. Very interesting. You can easily read this book without having read GIRL UNDERCOVER -- THE SERIAL. because it stands on its own. If you like a fast-paced mystery with some romance and sci fi thrown in, you should read it. You'll love it. Can't wait for the next book in the series.
Read more
6 people found this helpful
Report abuse

PWA
3.0 out of 5 stars Interesting
Reviewed in the United States on 18 August 2017
Verified Purchase
I liked the story, it was original. The characters were interesting. My only problem, Gabi kept telling us she was the smartest but then why does she keep jumping from one suspect to the other and accusing them without real proof. She even accused Ian of being the killer.
Read more
One person found this helpful
Report abuse
See all reviews
Back to top
Get to Know Us
Make Money with Us
Let Us Help You
And don't forget:
© 1996-2021, Amazon.com, Inc. or its affiliates