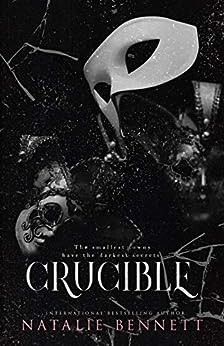 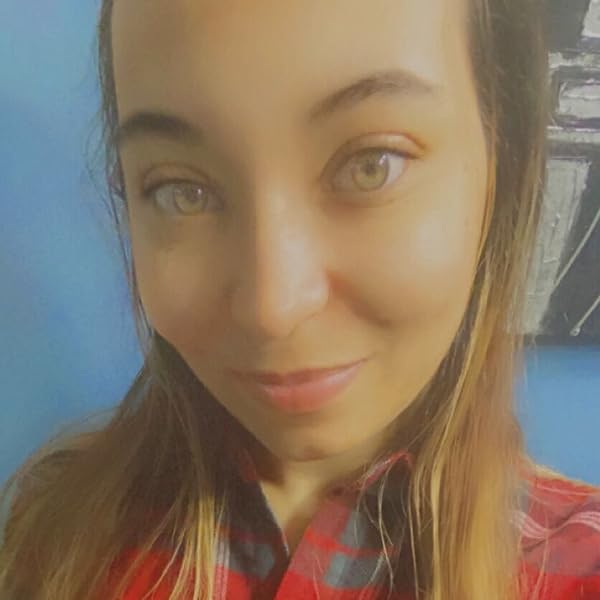 by Natalie Bennett (Author), Oppulent Designs (Illustrator), Pinpoint Editing (Editor) & 0 more Format: Kindle Edition
See all formats and editions
Sorry, there was a problem loading this page. Try again.
The smallest towns have the darkest secrets.Raelynn Davenport.An elusive beauty queen with a sordid past.The Blackwoods.A prominent family with a graveyard full of tortured skeletons.The plan couldn't have been simpler. All I had to do was swap my big city life and tarnished reputation for a fresh start in a small town.Catching the immediate attention of said town's heart-throbs was nowhere on my agenda. Unapologetic about their true intentions, I find myself in the center of a game that has no concept of moral aptitude.All I wanted was peace.All they crave is madness.And in this game, losing isn’t an option. Not when we're playing for my life. Prelude to Deviant Games
Read more
Previous page
Next page

Lover of all things pǝʇsıʍʇ & unusual.

I write unconventional 'romance' with strong elements of horror and heavy cult vibes.

Find all my links here!

Erin
5.0 out of 5 stars Insane 😜
Reviewed in Australia on 8 July 2021
Verified Purchase
Another great book by Natalie! Finished in 1 day, dark and twisted as usual can’t wait to read the next book.
Read more
Helpful
Report abuse

Nean
TOP 500 REVIEWER
5.0 out of 5 stars Awesome prequel
Reviewed in Australia on 10 January 2019
Raelynn moved to a small town and glad she’d made the right choice, she only had one neighbour who kept to themselves. Entering the house with a familiar smell, she started feeling and emotions reminded her of why she moved to the town, if she hadn’t things would have been worse.
Everything was going great, she had a job interview tomorrow and liked Kayla from the diner, who organised it. She couldn’t help the strange feeling from the men that she’d met, particularly the last man who said he’d see her soon.
Jace didn’t believe in love at first sight but after seeing Raelynn, he knew his dad was right, heading back to the booth. Careful no one heard them, most knew the wealthier families has extracurricular activities they enjoyed, but the group of friends decided to play a game with the new girl.
Kade sees Raelynn as perfect, but he’s brother Jace reminds him they have to be careful with her, but she will like them, adore them and won’t have much choice in the end.
Raelyn can’t believe that her fantasies about the brothers played out and neither of them seem bothered that she’d been with both of them, but when they were both their, she knew she should have said no but she couldn’t, and it was amazing.
Things were amazing, until they weren’t, she should have seen it coming, they didn’t define what they were doing, but seems the twins had other ideas. People had warned her to stay away from them, but she didn’t.
Great prequel to Affliction.
Read more
One person found this helpful
Helpful
Report abuse

Tash @ Soul Sisters Divine Moment with Books
TOP 500 REVIEWER
4.0 out of 5 stars Let the games begin!
Reviewed in Australia on 30 March 2020
Natalie Bennett is an absolute pro at writing books that leave you questioning your sanity.
As always, this is one dark and twisted tale and only a small taste of what is to come in the Deviant Games series.
Crucible was just plain CREEPY! So I cannot begin to imagine what happens from here.
In this book we are introduced to our FMC, Rae, who has moved to a small town after an incident and is looking for a fresh start. She ends up meeting the twin Blackwoods, Jace and Kaiden, who are wealthy, very handsome and mysterious and she is completely drawn to them, as they are to her.
But there is more to them that meets the eye and they have a lot of dark and dangerous secrets.
Even though this book is a a short introduction of what is to come, there is no wasting any time and not only do we get dark and disturbed but we also get bloody steamy scenes early on!
Let the games begin!
Read more
Helpful
Report abuse

Loz83
TOP 50 REVIEWER
4.0 out of 5 stars A New Start In a New Town Ruled by a Crazy Deranged Family
Reviewed in Australia on 25 July 2020
Rae moves to a sleepy tiny town with the help of her family, to escape a precarious situation.

She jumps from the frying pan into the fire, as this small town has a deviant underbelly.

A town that is basically controlled by B.I. (Blackwood Inc,) the Blackwood family psychotic twins Jace and Kaiden, their sister Olivia, her boyfriend Trevor, and their crazy sick parents (Ma, and the towns sheriff)

While, in the beginning, Rae welcomes the attention of the twins, (which leads two sexual exploits with both) it soon becomes apparent that the twins, and the whole Blackwood family have a sick and twisted agenda in store for Rae.

Will she be able to escape, or will she be forced to play their game. A game she can’t afford to lose.

This book was so suspenseful, it kept me on a knifes edge.
The Blackwoods with their dark good looks, and green eyes are an abomination. So evil.
Can’t wait to start the next instalment.
Read more
Helpful
Report abuse
See all reviews

Daizirain
5.0 out of 5 stars A thrilling fast paced read- with plenty if twists , I could put it down.
Reviewed in the United Kingdom on 11 January 2019
Verified Purchase
Well written, characters were brilliant and edgy... the book was fast paced...the plot line has everything you want from a sinister small town!
Read more
One person found this helpful
Report abuse

Anonymous
2.0 out of 5 stars A little bit of false advertising.
Reviewed in the United States on 2 May 2020
Verified Purchase
I rarely write reviews, yet I had to for this book. This is not a "dark romance," with kink, power plays, or the like. Those things hinge on consent and, truly, a mutual understanding of some sort between individuals while causing pain to achieve mutual pleasure. Kink is not about forcing people to play your game when they truly don't want to - especially when the game involves one participant killing another.

The twin male romantic leads in the book thrive on lack of consent, and it's presented as an awesome way to achieve sexual pleasure. Granted I only got 15% into the book and had to stop after the described kidnapping of a young woman, who was tortured, raped by both men and then murdered - all for "fun." I love dark books and initially found Natalie Bennett after reading Periculum - which is hardly a skip through a child's playground (pun intended) and also involves murder. What the other book does not contain is the thrill of rape, torture and murder from the perspective of the rapist and murderer - and have that presented as if it were an edgy way to achieve climax. For me, sexual thrills - no matter the game - requires a desire for both parties to partake. If all of what I've described is something that appeals to you, that's fine, but "dark themes" does not accurately describe the book, just my opinion.

(I gave it two stars instead of one because she does do a good job of forming a story-line and building an inner world that does draw you in.) And, please, don't respond with something along the lines of "if you kept reading, you would see that these guys redeem themselves or are just really good guys wanting to be saved," or some nonsense. IMO, it's purty darn impossible to redeem one's self after killing for sexual pleasure. Just my two cents.
Read more
11 people found this helpful
Report abuse

Z. Devlyn
5.0 out of 5 stars little mouse let's play a game.
Reviewed in the United States on 20 March 2019
Verified Purchase
It’s no secret I own almost every single book Natalie Bennett has written. I mean there are a few that are out of print and I don’t own those. which kind of makes me sad because I believe she belongs on anyone’s book shelf. But I’m biased.
Crucible is about a girl who loves everything retro. Down to almost the last detail. She had to run away because she assaulted her ex with a snow globe. So, she disappeared to a small town. A small town with some very big Secrets. Involving the Nikolas and Blackwood’s.
This is a prelude to Natalie’s Deviant games duet. The next being Affliction so this does end on a cliff hanger. But it’s one that really makes you excited for the next book. I want more Jace and Kade because well twins? Yummy!
I am also going to throw out there that is book is tamer than her normal style of writing which I found interesting. Natalie Bennett is in my opinion a dark romance queen. She pushes boundaries. Hell, she makes you love the monster. She writes scenes that are over the top and make you say to yourself that you shouldn’t love it, but you do. In this book however it was on the low end. There were many fade to black moments. It doesn’t take away from the book at all. I will say that, I just found it interesting.
I will leave you with this, if you haven’t ever read anything Natalie Bennett. I would start with this book. It’s a great way to ease into her style of writing without going, “Holy crap what did I read?” It’s a great intro into her world and style of writing. In my eyes, it belongs on the 4-bunny shelf. Beautiful Job Natalie. I can’t wait for Affliction.
Read more
8 people found this helpful
Report abuse

Gin
4.0 out of 5 stars Dark & twisted!
Reviewed in the United States on 25 February 2020
Verified Purchase
Another Natalie Bennett classic! Twisted, dark and enthralling. What a mind she must have to come up with these twisted worlds with deviant morals and mesmerizing characters especially the villains. This story starts out murky with a beauty pageant lovely moving to a new town for a fresh start and to hide from her past. Raelynn is mysterious as she tries to make a life in a small town. It doesn’t take long for the town’s hot hunks to target her in their monstrous games. Rae is a goner for the sexy Jace and Kaiden even if there’s something a little off with the twins. But their hot and soon twist up Rae in the best way as the twins turn up the sexy and the three become a threesome. There’s so much more to the town’s prominent families and the games they play. Cruel, twisted and just wrong. This is a quick read with an intriguing storyline and characters. Can’t wait for the next installment.
Read more
2 people found this helpful
Report abuse

shanetabboga
5.0 out of 5 stars dark and deviant.
Reviewed in the United States on 14 January 2022
Verified Purchase
This is dark, twisted, and enthralling. It’s an MFM romance; twin brothers and the new girl in town. It takes place in a small town and old money families with specific, uhm, tastes and traditions. such games they play and it’s cruel and deviant.