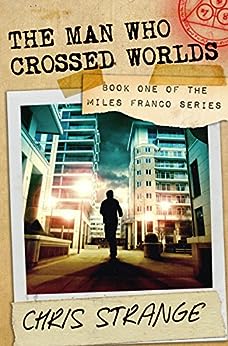 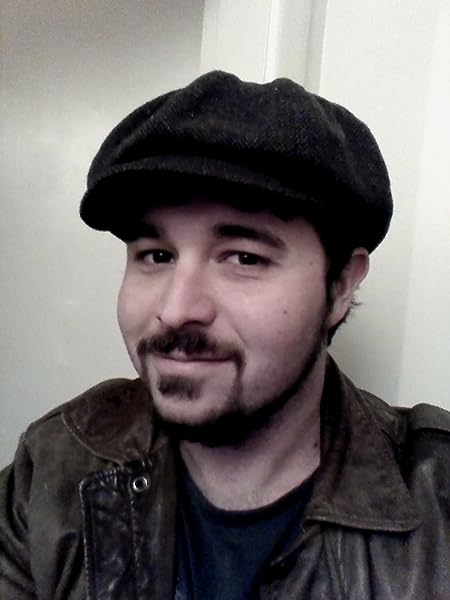 by Chris Strange (Author) Format: Kindle Edition
See all formats and editions
Sorry, there was a problem loading this page. Try again.
All freelance Tunneler Miles Franco wants is a bit of freedom and a couple of bucks to rub together. So when the cops haul him downtown for smuggling people between worlds, he’ll take any chance he can get to stay out of the pen. And funnily enough, the cops have just the job for him.

A mysterious interdimensional drug lord is staking his claim on Miles’ city, and the cops need Miles’ expertise to cut off the drug lord’s supply before it starts the biggest gang war in the city’s history.

But snooping around in gang business is a dangerous job in a town where everyone’s on the take and the gangsters play for keeps.

And there are a lot of ways a nosy Tunneler can disappear.

Raw, insane, and hard-boiled as hell, The Man Who Crossed Worlds is a violent fever-dream for those who like their urban fantasy to kick them in the teeth.

Chris Strange discovered at an early age that he was completely unsuited to life among normal human beings. After experimenting with several different career paths, he said to hell with it and went back to writing, his first love.

Chris is the author of Don't Be a Hero and the Miles Franco series of hard-boiled urban fantasy novels, beginning with The Man Who Crossed Worlds. He writes for the daydreamers, the losers, the cynics and the temporarily insane. His stories are full of restless energy and driven by a passion for the unorthodox. He loves writing characters on the fringe of society: the drifters, the knights errant, the down-and-out.

In his spare time, Chris is an unapologetic geek, spending far too long wrapped up in sci-fi books, watching old kaiju movies and playing video games. He lives in the far away land of New Zealand, and holds a BSc and a Postgraduate Diploma in Forensic Science.

He doesn't plan on growing up any time soon.

Chris would love to hear from you! Contact him at: chrisstrangeauthor@gmail.com

Want to be the first to hear about new releases from Chris Strange? Sign up for the email list at: http://bit.ly/StrangeList

Wendy
5.0 out of 5 stars Brilliant Book - Try It
Reviewed in the United Kingdom on 13 October 2016
Verified Purchase
I loved this book........and I rarely say that about self published authors. Thought provoking, humorous in places and very down to earth, but most of all, it keeps you riveted to the book.

Miles Franco is a very interesting and unusual character. He gets into all sorts of scrapes and you agonise with him as to how to get out of the trouble he's in.

Amazon Customer
4.0 out of 5 stars Good book.
Reviewed in the United Kingdom on 6 May 2015
Verified Purchase
Another book of Chris's I've read and enjoyed. I preferred the others though, I couldn't connect with this lead character as much. But I still finished the book so it was worth a read.
Read more
Report abuse

simon rudd
5.0 out of 5 stars Miles Franco...
Reviewed in the United Kingdom on 14 May 2015
Verified Purchase
You have got to love Miles. Diamond in the rough, inter-dimensional tunneler, punching bag and lover of women above his pay grade.
I really enjoyed this book and look forward to reading the next!
Read more
Report abuse

flyboy
5.0 out of 5 stars Five Stars
Reviewed in the United Kingdom on 22 August 2016
Verified Purchase
Good book
Read more
Report abuse
See all reviews
Back to top
Get to Know Us
Make Money with Us
Let Us Help You
And don't forget:
© 1996-2021, Amazon.com, Inc. or its affiliates