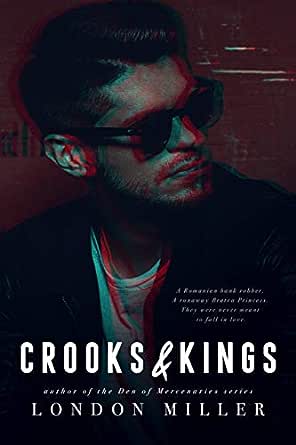 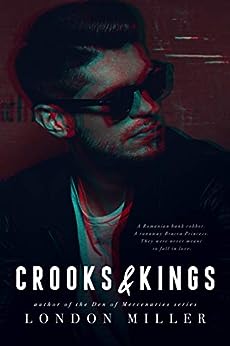 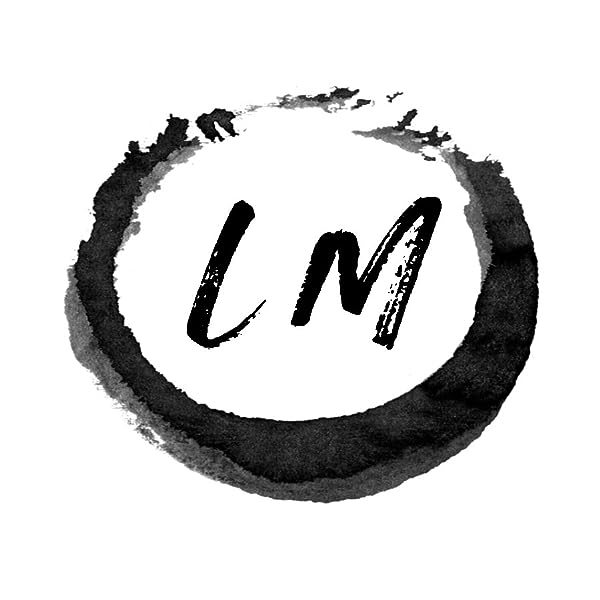 licia
3.0 out of 5 stars not more than three stars
Reviewed in Italy on 29 March 2017
Verified Purchase
I'm afraid that romance where the heroine is kind of the "second best" are not my favorite. I read other stories with a dead first love, in this book her presence is just too heavy to me.
Read more
Report abuse

DonnaC
4.0 out of 5 stars A great start to this series
Reviewed in the United States on 25 March 2017
Verified Purchase
Crooks & Kings by London Miller
4 stars!!!

“If they want to play a game of crooks and kings, I’ll happily show them how it’s done.”

I do love a Mafia romance and while our hero in this book is not Mafia, the heroine definitely is. London Miller creates a world where black meets black, while our hero is not Mafia he and his brothers are considerably worse, a Robin Hood of sorts who are hired to give retribution where it is warranted. No innocents are harmed, this was the bad getting their just desserts.

Mariya has run from her past and is now in hiding, if found she will be killed…by her husband. An arranged marriage that she never wanted, ordered by her grandfather who was the head of the Russian Bratva in Chicago. A vile husband who would do anything to get ahead, even if that meant hurting his wife, both physically and emotionally, a man with no scruples whatsoever, you get in his way, you die, even if you are family. Mariya saw her escape and took it, along with vital information for insurance, would this be an insurance she needed to cash in?

“…is that supposed to matter to me? Husbands die every day.”

Christophe is a man drowning in grief and the bottom of a bottle. Our Romanian orphan is a man that you cannot help but fall in love with even if he is a man of few words, his actions more than make up for them. When not inebriated the real Christophe tries in vain to break through, but being in his line of work, he keeps his cards close to his chest. Two neighbours, a barwoman and patron, a confidante. Their two paths keep crossing and sometimes a shoulder is all you need, a friendship is born, a romance ignited, but at what cost?

This book has something for everyone, tragic back stories that gave rise to two characters that you cannot help but get attached to. Strangers, to friends, to more, and while this was no hearts and flowers romance, this was the kind of romance I would expect from two people from their walks of life. The steam factor was fabulous and the action was where this book excelled. Brooding mercenaries, a band of brothers, where no man is ever left behind. A bond so strong it could never be broken.

With some fantastic, intriguing side characters I am hoping that this is the first of many instalments for “The Wild Bunch.” I understand that Nix, their handler is in the “Den of Mercenaries” series, this has now been added to my TBR too. Bring it on London Miller.

Except for the unnecessary flashbacks/recounting of the hero’s sad childhood at a deranged orphanage, as usual, I really enjoyed this author’s mafioso telling writing style. It’s a personal preference, because I simply thought we could have just been told point blank a brief summary about it and how he met his current posse of friends/co-workers. It was a really bad place...enough said. We'd get the gist of it. Getting the nitty gritty of it didn’t particularly bond me more to him or their characters. In fact, I skimmed over it, because I just didn’t need to go there. I'm squeamish about any thoughts of children in that kind of scenario.

In this case, the mob aspect all originated from the heroine’s side. I loved how Fang, the hero, easily shifted into an unstoppable, unshakable, protective mode when it came to helping the heroine. His whole team was pretty awesome in that regard. They were like a well oiled good guy, mercenary machine.

Yeah, he is still in love with his dead girlfriend or was it wife? Hmm, I don’t remember which. Anyway, the heroine was bringing him back out of the depths of deep, dark depression and despair, so I just accepted that for what it was. It all happened five months earlier, so I gave the guy a break.

There are appearances and character development of some of the hero’s buddies who are going to be featured in future books. In fact, the next book, Shadows and Silence, stars the absolute silent partner, Tecut, (literally the guy does not speak) and Winter, the 13 year younger hacker, who has the hots for him and vice versa. He’s caveman protective of Winter, won’t let a single negative word or gesture be made regarding her. I just had a hard time picturing the lengthy conversations that seemed to be going on with him, because, again, he didn’t speak nor could write all those words down without it being awkward/time consuming. There wasn't mention of sign language, which would have been cool and definitely would have filled in that plot hole. I just had to roll with it, folks, and pretend I didn’t notice.

I hope Winter’s character has a more mature vibe next go around. She came across too young for Tecut, IMHO.

Book 3, Saints and Thieves, is a no go for me. It’s a MMF main couple theme so not a troupe I prefer in my romantic reads. I am very appreciative of it being clearly noted in the book description.

(These comments are based on Kindle Unlimited version. I actually previously purchased this book, as well. This is not a detailed ARC review.)
Read more
Report abuse

Mommirella
5.0 out of 5 stars Perfect world-building.
Reviewed in the United States on 23 March 2017
Verified Purchase
**I was provided an ARC by the author, and as a true fan, bought the book once released) **I became a loyal reader of London Miller after reading Mischa and Lauren's story. Since then, I've bought every single one of her books, and she has delivered on every single one. This book, is no exception. I encourage any new readers of London's to start off with M&L's story, and then progress on from there. All the characters from then to now have created an incredibly wonderful world - while complex, is incredibly smooth and well-developed. These aren't typical books, these are books that are truly worthy of praise. As an author, London has an incredible range with creating characters unique to their own selves (never the same, and well-rounded). Each storyline is unique, and ties to all her books. The story of Christophe and Mariya was a wonderful surprise. As a follower on her group page, and a reader of her website updates, this story was not planned. In the previous book (Calavera) you get a better picture of Fang (Christophe), and how his story developed in that one made your heart go out to him. I was SO pleased after finishing that book to know he was going to get his own. Initially I thought I'd have to wait months, surprisingly, I didn't. (She's always so great about being consistent with her book releases btw). From the first chapter, I was hooked through Christophe's struggle. The storyline was well paced (I particularly liked the timetable reference on each chapter). Mariya's character was a great addition to this world - she's another strong female character unique to her own story as well. The build up was wonderful, the steam once developed was perfect and their story wrapped up wonderfully. I am pleased with this new addition to the world she's built - as a fan I'm in the position to say that it would be amazing if this was picked up as an HBO series or something. Thank you London for being so passionate in your writing - it truly shows.
Read more
One person found this helpful
Report abuse

Amanda
5.0 out of 5 stars An action-packed love story filled with amazing characters!
Reviewed in the United States on 21 June 2020
Verified Purchase
Okay so I am an idiot for waiting so long to read a London Miller book. They’ve been on my TBR for awhile so it’s my fault! Crooks & Kings was everything I love in a book. Action, flushed out characters I want to read more of, sexy times, and just the right amount of humor. Her words are poetic and captivating. I am off to read about the other “brothers” in the wild bunch! I’m especially interested in Winter and Tacut, but also Invictus!!!! Like I said, the characters keep me wanting to read in this world!
Read more
Report abuse
See all reviews
Get FREE delivery with Amazon Prime
Prime members enjoy FREE Delivery and exclusive access to movies, TV shows, music, Kindle e-books, Twitch Prime, and more.
> Get Started
Back to top
Get to Know Us
Make Money with Us
Let Us Help You
And don't forget:
© 1996-2021, Amazon.com, Inc. or its affiliates