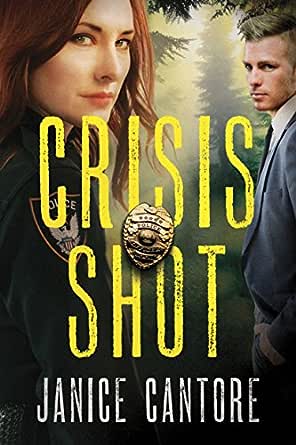 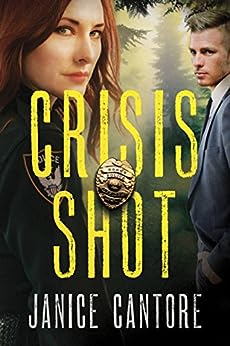 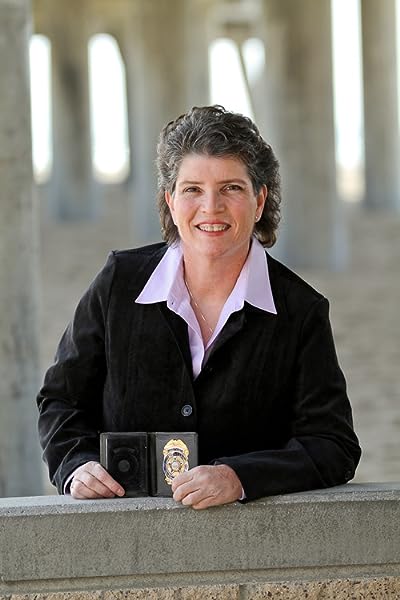 Tess O’Rourke dreams of becoming the first female chief of police in Long Beach, California. As commander of the East Division, she is well on her way . . . until the night she responds to an officer-needs-assistance call and fatally shoots an unarmed teenager. Despite being cleared of wrongdoing by a grand jury, Tess is so hounded by the public that she takes a job in Oregon to escape the bad press.

Winning over the residents of Rogue’s Hollow might be more difficult than adjusting to her new role as police chief in the small, backwater town. Especially when her closest friend, the pastor’s wife, goes missing and the woman’s cousin is found shot. Tess finds an ally in sheriff’s deputy Steve Logan, but as they track down Rogue’s Hollow’s first murderer, she worries that she’s breaking one of her rules and getting too close to him.

Rebecca Maney
4.0 out of 5 stars Crime and Courage Unite!
27 August 2017 - Published on Amazon.com
Verified Purchase
"I have to trust God, or nothing in this life would ever make sense".

A lot of things in Tess O'Rourke's life have not made sense, and being publicly forced out of her coveted position as a division commander in the East Long Beach, California police department by rabid public opinion, was a devastating blow. Having been cleared of all charges by a grand jury in an unfortunate shooting incident, Tess accepts the job of police chief in the small Oregon town of Rogue's Hollow, hoping that the peace and quiet there doesn't drive her to distraction. Nothing could be further from the truth.

Soon after Tess arrives in Rogue's Hollow, her time is unexpectedly consumed with a murder investigation, a missing person's report, vandalism of property, and speculation through-out, that the new police chief is incapable of handling such a large case load with such a small staff. It's the faith of a local pastor enduring his own personal tragedy that becomes Tess's silent ally, as local secrets are uncovered and justice is served.

Quite an interesting story, sprinkled with both obvious and covert clues regarding Rogue Hollow's crime spree, while the author skillfully weaves nuggets of truth within questions of faith, making "Crisis Shot" both realistic and inspiring.

JLocke
5.0 out of 5 stars Excellent story
15 February 2018 - Published on Amazon.com
Verified Purchase
From the opening chapter the emotion & quick decisions leading to actions start a gripping story. While police put their lives on the line to serve & protect young men are determined to take the life of an officer to gain acceptance in a gang. Another publicity seeker is determined to steal the good name & actions of an officer for self-serving publicity. Readers are treated to an insightful, exciting story of facing the challenge of beginning a new life without accepting defeat as Tess O'Rourke leaves Long Beach to become Chief in Rogues Hollow. Wonderful characters are fully developed so the reader sees the good & the bad we all carry & learn how to make wise choices in tough circumstances. I love the rules Tess has hidden in her heart that she learned from her wise dad.
Read more
4 people found this helpful

B. Burnham
4.0 out of 5 stars Unanimous thumbs up from my book club
21 November 2019 - Published on Amazon.com
Verified Purchase
My book club loves suspense. If I didn’t force, bully, encourage them to read other genres, I think that is all they would choose. And with that focus, we come close to running out of authors to read as well. Well, I hit a home run when I suggested Crisis Shot by Janice Cantore. This novel by a new-to-us author had everything we love getting it a unanimous thumbs up from my group.

The story arc of small town police chief tackles hostile attitudes and big city crime is set up when main character, Tess O’Rourke is forced from the police force and city she loves by bad press from an officer involved shooting. Tess moves to Rogue’s Hollow, Oregon to take over the job of police chief and to try to begin again, but longing for home and doubts of her own combine to make her rethink her new job. But then the action starts, and Tess is determined to gain the trust of the town while solving violent and mysterious crimes.

Characterization is strong in Crisis Shot. We all loved main characters Tess and Oliver, the pastor of the local church. The two are good foils for each other — one a logical, independent thinker, the other a man of deep faith. Both are challenged by the circumstances they face. The book is fast-paced, and the reader is given glimpses of the bad guy(s) before the characters, but the mystery is not easily solved by either, keeping both on their toes. There is only a hint of romance for Tess — something we really liked. It seemed much more natural than books where the crime-solving sleuths spend as much time gazing in each other’s eyes as solving a case. 😉 Crisis Shot explores the theme of a good and just God in the midst of unfair and evil circumstances. It also provides the realistic struggles of one maintaining faith within the fire. The promise of a future romance, some unresolved spiritual questions for Tess, and a town that is sure to harbor more criminals makes this series one we want to continue. In fact, book 2, Lethal Target is on our selection list for early 2020.

(I purchased Crisis Shot from Amazon. All opinions expressed are mine alone.)
Read more

historymama
5.0 out of 5 stars Cantore never disappoints...
22 August 2018 - Published on Amazon.com
Verified Purchase
Cantore never disappoints...I just wish all her books had Whispersync because her books are so good you don't want to put them down if you have to stop and go pick up the kids...fortunately this one has it. Having been on a police force Cantore knows the hard decisions police have to make and understands the difficulties of the job in her well developed characters and story plots...
Read more
3 people found this helpful

Erin S
5.0 out of 5 stars Great read
29 December 2019 - Published on Amazon.com
Verified Purchase
Just enough suspense to keep you reading but not enough to make you lock all the doors and hide in a closet.

I’ve read a different series by this author and picked up book 3 of this one without realizing it was a series. So off I hopped to Amazon to grab books one and two!

Most books I read tend to have younger people as the key players but here you have a Middle Aged already been married and divorced female cop who leaves a job in Long Beach for middle of nowhere.

Great story and can’t wait to continue it in book two. Love that the author was herself an officer so we know the facts are right!
Read more
Go to Amazon.com to see all 89 reviews 4.3 out of 5 stars
Get FREE delivery with Amazon Prime
Prime members enjoy FREE Delivery and exclusive access to movies, TV shows, music, Kindle e-books, Twitch Prime, and more.
> Get Started
Back to top
Get to Know Us
Make Money with Us
Let Us Help You
And don't forget:
© 1996-2020, Amazon.com, Inc. or its affiliates