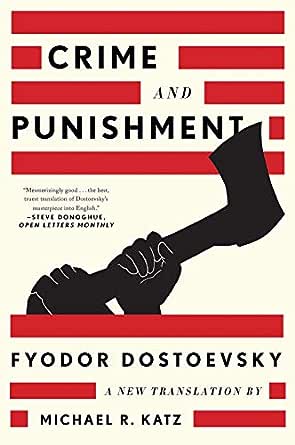 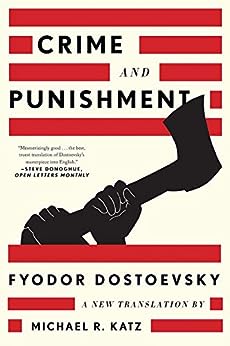 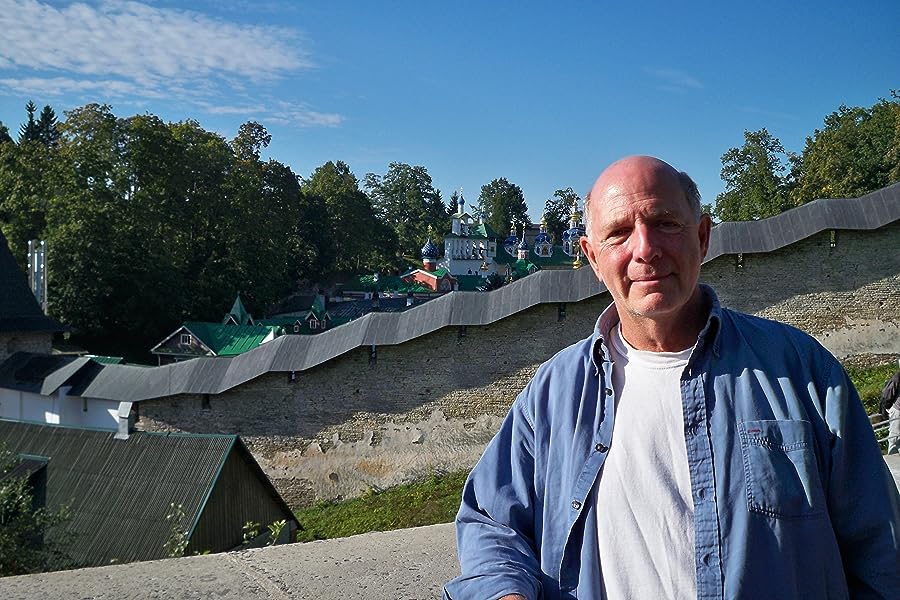 A rare Dostoevsky translation...a major contribution to the dissemination and understanding of the Russian novel.--William Mills Todd III, Harvard University

A celebrated new translation of Dostoevsky’s masterpiece reveals the “social problems facing our own society” (Nation).

Published to great acclaim and fierce controversy in 1866, Fyodor Dostoevsky’s Crime and Punishment has left an indelible mark on global literature and on our modern world. Declared a PBS “Great American Read,” Michael Katz’s sparkling new translation gives new life to the story of Raskolnikov, an impoverished student who sees himself as extraordinary and therefore free to commit crimes—even murder—in a work that best embodies the existential dilemmas of man’s instinctual will to power. Embracing the complex linguistic blend inherent in modern literary Russian, Katz “revives the intensity Dostoevsky’s first readers experienced, and proves that Crime and Punishment still has the power to surprise and enthrall us” (Susan Reynolds).

With its searing and unique portrayal of the labyrinthine universe of nineteenth-century St. Petersburg, this “rare Dostoevsky translation” (William Mills Todd III, Harvard) will captivate lovers of world literature for years to come.

Hande Z
4.0 out of 5 stars Always something new
12 January 2018 - Published on Amazon.com
Verified Purchase
I reviewed Oliver Ready’s translation in 2015 and made a comparison of some differences between his translation and that of the Pevear/Volokhonsky translation. Leaving aside minor difference such as the use of ‘sofa’ for ‘couch’, I selected an important passage and compared both versions. In the Pevear/Volokhonsky version that passage (from Part III) reads:

‘What do you think?’ Razmumikhin shouted, raising his voice even more. ‘You think it’s because they’re lying? Nonsense! I like it when people lie! Lying is man’s only privilege over all other organisms. If you lie- you get to the truth! Lying is what makes me a man. Not one truth has ever been reached without lying fourteen times or so, maybe a hundred and fourteen, and that’s honourable in its way; well, but we can’t even lie with our minds! Lie to me, but in your own way, and I’ll kiss you for it. Lying in one’s own way is almost better than telling the truth in someone else’s way; in the first case you’re a man, and in the second – no better than a bird. The truth won’t go away, but life can be nailed shut; there are examples. (Pevear/Volokhonsky)

‘Now what are you thinking?’ cried Razumikhin, raising even more. ‘That it’s their lies I can’t stand? Nonsense! I like it when people lie. Telling lies is humanity’s sole privilege over other organism. Keep fibbing and you’ll end up with the truth! I’m only human because I lie. No truth’s ever been discovered without fourteen fibs along the way, if not one hundred and fourteen, and there’s honour in that. But our lies aren’t even our own! Lie to me by all means, but make sure it’s your own, and then I’ll kiss you. After all, lies of your own are almost better than someone else’s truth: in the first case you’re human; in the second you’re just a bird! The truth won’t run away, but life just might – wouldn’t be the first time. I mean, just look at us now.

‘What do you think?’ Cried Razumikhin, raising his voice even more. Do you think I’m not in favour of their telling lies? Rubbish! I love it when they tell lies! Lying is a privilege exclusive to humans among all other beings. It’s by lying that one arrives at the truth! I tell lies; therefore, I’m human. We haven’t arrived at any truths without having uttered nonsense beforehand fourteen or so times, perhaps even one hundred and fourteen times, and that’s honourable in its own way; well, we can’t talk nonsense by relying on our own intelligence! You talk nonsense, but if it’s your own I’ll kiss you for it. To talk one’s own nonsense is almost better than spouting someone else’s truth. In the first case, you’re a human being; but in the second, you’re only a parrot! Truth doesn’t vanish, but life can be beaten to a pulp; There have been examples. Well, where are we now?'

Ultimately, the reader has to decide for himself which style he enjoys more. Ready’s version has a table of chronological events and a fresh, inspiring introduction that will help the first-time reader understand and appreciate the context of ‘Crime and Punishment’. But like many previous translations, Ready omits the full names of places. For example, at page 3 he uses ‘S____y Lane’ whereas Katz spells it ‘Stolyarnnyi Lane’, and he uses ‘Kokushin Bridge’ instead of Ready’s ‘K____n Bridge’; but Ready provides the explanation and full version in the end-notes. Ready has many pages of helpful explanatory notes whereas Katz does not.

Gary Moreau, Author
5.0 out of 5 stars For most English-first readers, this translation is worth the premium
1 May 2018 - Published on Amazon.com
Verified Purchase
The novel itself, of course, has long been heralded as one of the best of the genre of great Russian novels and I would wholeheartedly concur. I can think of few pieces of literature of any genre that are as engrossing over so many pages.

The real question here, it seems, is the translation. Is this one really worth the additional cost given that older translations are available for next to nothing?

In a word, I think the answer is yes.

While living in China for nine years, and not being fluent in the language, I came to have an acute appreciation of what fluency really meant. An AI translation program can sound fluent, but isn’t when it comes to communication beyond asking directions and ordering at a restaurant. Translation isn’t a digital process. Language is both a human convention and is contextual. It exists within a hierarchy of context that extends from the usage of symbols to the worldview on which the culture that uses the language was built.

That is why so many translated books read as if they are, in fact, translated. They may be “true”, even “good” translations in the literal sense, but there is something lost in the author’s original message.

This edition, on the other hand, reads as if it was originally written in English. That doesn’t mean it is “accurate,” of course, since the reader would have to be equally fluent in both languages—as they were used in their respective historical time periods—to make a definitive judgment. That it reads as if it was written in modern day English, however, makes the potential for accuracy seem both likely and, more importantly, a major accomplishment. It’s likely to be accurate because it reads like a great novel. And it’s an accomplishment because it allows the book to be the great novel it is to the contemporary English reader.

One of the great challenges for native English speakers reading Russian literature—for me at least—is the complexity of Russian naming conventions. And while Katz clearly didn’t abandon them here, it would seem he has simplified them to the extent that the reader can at least keep track of the characters without a notepad. And he has provided a helpful key at the front of the book if you get stuck. (I used it. Not frequently, but it was nice to have it there.)

All told an outstanding book and what is likely to be the new standard in translation for many years to come. If you haven’t read this masterpiece yet, now is the time to take the plunge.
Read more
30 people found this helpful

Richard A. Ellis
5.0 out of 5 stars Read the Katz translation!
11 May 2019 - Published on Amazon.com
Verified Purchase
As with most classics, it's not whether or not you should read it, but which translation? I recently re-read "Crime and Punishment" in the fairly new Katz translation and it seemed like an entirely new experience for me. As I don't read Russian, I can't comment on the accuracy of the translation, so what was most important to me was how it flowed, how it maintained interest, and the beauty of the language. Since my first read a long time ago, in the then-current Penguin version, I tried others, such as P&V, which I did not like at all. Their popularity may be due more to the marketing muscle of their publishers than to the merits of their work, I suspect. Anyway, I enjoyed Katz's version and would recommend it to anyone interested in this classic.
Read more
6 people found this helpful
Go to Amazon.com to see all 32 reviews 4.7 out of 5 stars
Get FREE delivery with Amazon Prime
Prime members enjoy FREE Delivery and exclusive access to movies, TV shows, music, Kindle e-books, Twitch Prime, and more.
> Get Started
Back to top
Get to Know Us
Make Money with Us
Let Us Help You
And don't forget:
© 1996-2020, Amazon.com, Inc. or its affiliates